Special needs teacher forced to shell out £150 for covid test 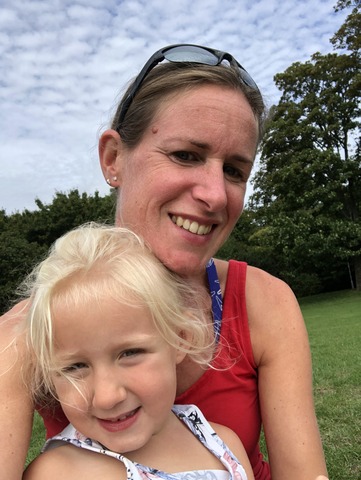 A teacher at a special needs school ended up paying out £150 for a private covid-19 test after spending hours reloading the government website.

Gemma Sharp from Telscombe Cliffs thought she had secured a test for her three-year-old daughter Loki, at the mobile site at Withdean Stadium on Sunday 13 September, only to be turned away because she did not have the required QR code.

Loki had a temperature of 39 degrees and a sore throat, which meant Ms Sharp could not return to work until she had the all-clear for covid-19.

She said: “Every car in front of me got turned away.

“The man at the desk said ‘I can’t let you in because you don’t have the QR code’.

“I explained what had happened and he said there must be a problem the website.

“He said, ‘we only tested 56 people yesterday, we’re just sitting around doing nothing’.

Ms Sharp resorted to the private test from the London Medical Centre on Tuesday, 15 September, after spending more than an hour calling the 119 covid information line for help.

She also called the Royal Alexandra Children’s Hospital to see if a test was possible there.

Ms Sharp said: “I don’t want to be off work during the school term.

“I picked up the first one. I’m sure you can get them cheaper.”

“It’s been so stressed about being off work.

“I hate being off work, and I was worried if she did have it.”

Loki’s negative test result came back on Thursday, 17 September, leading her mum to think she may have had tonsilitis.

Ms Sharp’s case is one of many in Brighton and Hove where people struggle to secure a test either at a Sussex site or a home kit.

Brighton and Hove is still a low priority area, despite the number of cases creeping up in the last two weeks.

The highest number of positive tests in the area recorded on 10 September, when 22 people are now recorded as having tested positive.

Public Health England’s weekly report covering up to 15 September said covid-19 cases are increasing nationally with authorities in the north on its “watchlist”.

44 areas are in local lockdown, three have enhanced support with extra mobile testing capacity and another 11 in the north and midlands are designated as areas of concern and earmarked for more testing in care homes.

In the previous seven days, 67 people tested positive for the virus.