A Sussex University researcher is one of 101 scientists around the country to be awarded a cash boost, the government said today (Thursday 15 October). 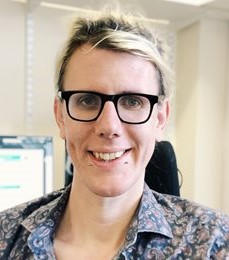 The aim is to help predict how the most common form of non-Hodgkin lymphoma progresses and identify effective treatment for the condition.

Dr Mitchell, who lectures in cancer research, was said to be among Britain’s 101 most promising researchers – “science superstars” – and ministers said that they were backing them with £109 million of government funding.

The announcement of funding for the Future Leaders Fellowships scheme is being made by the Department for Business, Energy and Industrial Strategy.

The money is targeted at potential solutions to global challenges such as cancer diagnosis, climate change, dementia treatment and the future of food supply.

The government has pledged more than £900 million to fund Future Leaders Fellowships over three years through UK Research and Innovation.

The Future Leaders Fellowships scheme is intended to recognise up to 550 individuals with fellowships lasting four to seven years.