A Brighton kitchen worker has been found guilty of stabbing a 21-year-old man to death at a flat in the Prestonville area of Brighton. 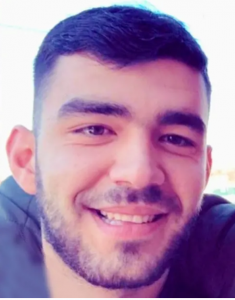 Francesco D’Agostino, 45, was found unanimously guilty by a jury this afternoon (Wednesday 21 October).

But Petriccione, 46, was acquitted by the jury at Brighton Crown Court after a trial which started just over four weeks ago on Monday 21 September.

The jury went out at lunchtime on Monday (19 October) – after a summing up by Judge Christine Laing – and came back after lunch today.

The young Albanian had come to D’Agostino’s council flat to deliver drugs when he was dragged inside and butchered.

Petriccione was also in the flat but denied any involvement.

Mr Kent said that Mr Marku desperately tried to escape and his bloodied handprint was found by police on the front door frame.

Mr Marku was dragged back inside and stabbed and repeatedly hit with a metal weightlifting bar, leaving him unconscious on the kitchen floor.

Despite extensive efforts by police and medics to save Mr Marku’s life, he was pronounced dead at the Royal Sussex County Hospital, in Kemp Town, two hours later.

Judge Laing, the honorary recorder of Brighton and Hove, is due to sentence D’Agostino at Brighton Crown Court tomorrow morning (Thursday 22 October).