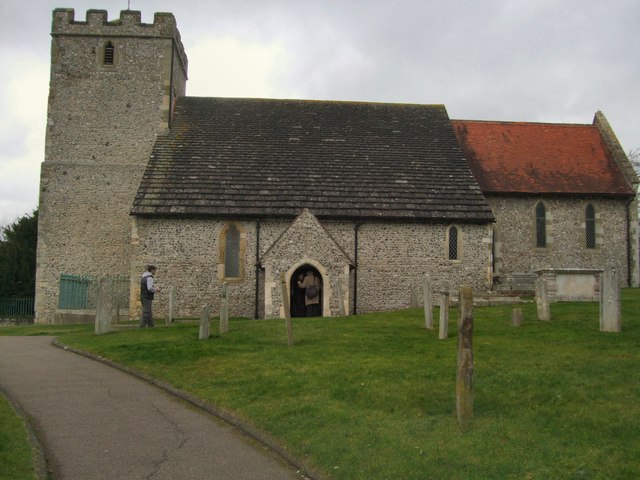 A parish priest says money which could have been used to help the community will now have to be spent on repairing the damage caused by vandals who broke in and wreaked havoc last weekend.

Father David Swyer, of St Nicolas Church in Portslade, says it took three hours to clear up the mess at the 850-year-old church on Saturday morning.

Both vestry doors were smashed down, brass candlesticks thrown on the floor, a safe’s handle was broken, a dimmer light switch panel was ripped out of the wall and a light was smashed.

A small amount of money was taken from the safe.

Police are now appealing for information about the break-in, which is believed to have happened between 5pm on 13 October and 10am on 17 October.

Father Swyer said: “Gill, churchwarden at St Nicolas, rang me on Saturday morning to say that the church had been broken into and that a great deal of damage had been done in the vestry.

“The burglars broke both vestry doors down. They tried to get in a safe, breaking the handle in the process.

“They smashed a dimmer switch panel and ripped it out of the wall leaving exposed wires. They broke into a wall safe and stole the money. The smashed the light in front of the Blessed Sacrament.

“It took Gill and Marian over three hours to tidy and clean up. Roger Reeve has had to make two doors safe and secure. Sussex police and the forensic officer attended the scene.

“This is third time I’ve met the forensic officer as she attended [two break-ins at the church hall] as well.

“Jesus reminds us that we must love both God and our neighbour . . . some mindless people seem neither to respect God nor their neighbour.

“The money that we will need to spend in order to repair the damage could have been spent on the mission of the church or helping our community.

“Instead we will have to divert money to repair the church.

“I pray earnestly that they will repent of their cowardly sins and remember that God is not mocked. I am very proud to be parish priest here and of the care and love that go into our churches, worship and service of our local community.”

The church is currently raising money to restore its church bells, and donations of both food and money for the Purple People Kitchen food bank.

A police spokesperson said: “Police are appealing for witnesses after a report of a church being broken into and vandalised in South Street, Portslade.

“Brass candle sticks and other church items were found thrown onto the vestry floor and a small amount of money was taken from the premises.

“The main front door of the church appeared to have been tampered with and the back door was broken into.

“The church has recently reached its 850th anniversary.

“Officers are appealing to anyone who witnessed anything suspicious to report online or call 101, quoting 431 of 17/10.”