People living next to a Brighton pub have asked councillors to review its licence.

The request came from neighbours of The Village also known as Le Village pub, in High Street, Brighton.

The people living in Darwell Court called for the review on the grounds of prevention of crime and disorder and prevention of public nuisance.

They sent 17 letters to Brighton and Hove City Council along with a statement from the Darwell Court Residents’ Group.

The review by a council licensing panel was due to take place today (Friday 6 November) but was postponed because a panel member was unable to attend.

During the review three councillors are expected to hear the complaints and the pub’s response before giving their verdict.

They will then have to decide whether the venue can carry on as it is or toughen up the conditions attached to the pub’s licence, suspend the licence or even revoke it.

The pub is licensed to sell alcohol until 1am on a Monday to Friday and until 2am on a Saturday and Sunday.

Live music is licensed until 11.30pm and recorded music until closing time – half an hour after drink sales stop.

The residents’ group said that members experienced anti-social behaviour from pub customers ranging from vomiting to drug use.

After complaints, with residents keeping noise diaries, a noise abatement order was issued in January.

Comments from neighbours have been partially redacted in the public agenda papers for the panel hearing.

One neighbour wrote: “On many occasions, I have been disturbed by noise coming from the pub known as Le Village.

“Recently noise has got worse continuing until approximately 4.30am.

“I have witnessed customers urinating outside the flats of Darwell Court.” 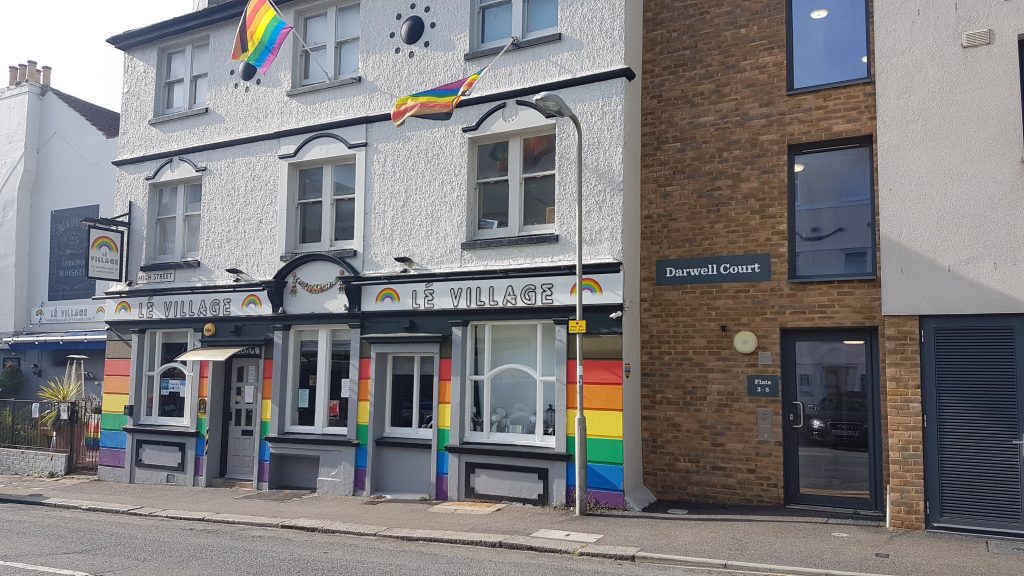 Another neighbour wrote: “Being kept awake by the noise from there is unfair and very selfish of the owners to not consider residents in the vicinity.

“They bought the pub in a built-up area so should think of their neighbours and not just about profit.”

Mr Ebers is the “designated premises supervisor” at Le Village, which the pair took over in August last year.

It was previously known as the Ranelagh and operated as a pub, live music and jazz venue.

Mr Ebers said in a statement that his customers were local people who walk to the venue and that most were from the LGBT community.

He said that since taking over the venue, he has only had to call the police once when a customer was attacked.

Mr Ebers also said that random drug tests carried out at the venue have always been clear.

He said: “A complaint that the bass sound is too loud is easily remedied by turning it down.

“Similarly, I would have expected the residents to work with us rather than against us.

“After all, the pub has been there in one form or another for many years since 1869.

“Many will have bought their homes knowing of the existence of the pub with later hours.

“Darwell Court, the main source of complaints, has only recently been in existence.

“It stands on land which used to be the car park for the pub, but which was sold by the freeholder (Enterprise Inns) to the council for development into flats.”

The block of three one-bedroom flats, a two-bedroom maisonette and a two-bedroom wheelchair-accessible flat, was finished in July 2016.

Mr Ebers also said that there were six other licensed premises within 100 yards of Le Village.

One Zone is open until 4am on Saturdays and Sundays and three of the five flats in Darwell Court are closer to that business.

Mr Ebers also said that he felt some of the residents complaining about noise held “anti-gay” views.

He apologised for two “unintentional” breaches of conditions against piping music into the garden.

After bringing in an acoustic consultant, a noise limiter had been installed – on 3 November – set at 80 decibels in the centre of the pub.

Writing before the latest national lockdown, he said: “Covid-19 has hit our trade badly, in common with many other licensed premises.

“We are just trying to keep our business open to keep people in work. Because we are at present only able to open until 10pm with seated customers and a reduced capacity, we are just keeping our heads above water.

“Any reduction in our permitted hours would be a disaster when we are eventually allowed to fully reopen.”

Neither Sussex Police nor Brighton and Hove City Council licensing department appear to have submitted complaints.