There are no current viable alternatives to staging or finishing Brighton’s traditional motoring events other than Madeira Drive, according to a report going before councillors.

The closure of Madeira Drive during the first national coronavirus lockdown and subsequent changes to the road layout have led to concerns about the future of long-running motoring events on Brighton seafront.

Now a report is due to go before Brighton and Hove City Council’s Tourism, Equalities, Communities and Culture Committee next Thursday (19 November).

Nine events are planned – all of which have taken place for at least a decade – with next year being the 125th anniversary of the Veteran Car Run.

They include the Ace Café Reunion and the Brightona motor cycle rally, speed trials, the Classic Car Run, Brighton Breeze – for VW owners – and rallies for Mini and historic commercial vehicle owners.

A study by Sussex University estimated that the Veteran Car Run alone brings in £1.1 million to the local economy.

The event attracts 10,000 people, with day visitors spending an average of £50 each and overnight visitors £200.

The council’s report said that, as well as the considerable financial benefits, there were negative effects in terms of noise, vehicle emissions and the associated health implications.

Last year the committee agreed that the Events Team would not accept any new events “focused on vehicles with internal combustion engines” without first asking the committee to grant landlord’s consent on behalf of the council.

The report said: “At present, there are no viable alternatives to staging / finishing these major events in Madeira Drive.

“Madeira Drive and its ability to close for up to 28 days per calendar year is the envy of many local authorities events-wise.

“Officers from the Events Team are working closely with the project teams for the developments of Valley Gardens Phase 3 and Black Rock where it may be possible to host some of the activity / infrastructure needed for the staging of major events at the easternmost end of Madeira Drive, at a newly created events space at Black Rock at some stage in the future.”

Some of the events planned for next year will require the temporary closure of the newly widened cycle lane between the Palace Pier and Black Rock.

The closure of the Madeira Terraces has limited the amount of space available for spectators and others at events in Madeira Drive. 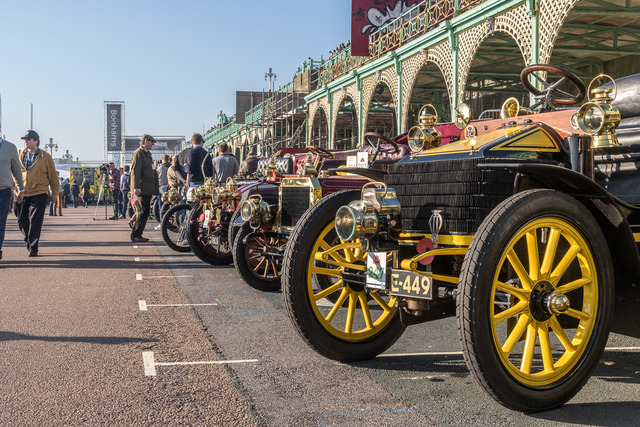 The report said that council officials had worked with event organisers to move as much of their infrastructure as possible on to the beach or to wider areas of the promenade to keep the cycle lane open for as long as possible.

It said: “The closure of the Madeira Terraces has not currently resulted in a reduction in proposals for events in Madeira Drive.

“However, the safety fence adjacent to the Terraces has impacted upon the operational requirements of some events.

“The council is seeking a long-term solution to restore the Madeira Terraces. It will be important that this solution enhances Madeira Drive as an events venue and assists with the economic sustainability of the area.”

Next year the Brighton Half Marathon is scheduled for Sunday 27 June and the Brighton Marathon Weekend is planned for Saturday 11 September and Sunday 12 September.

The council’s Tourism, Equalities, Communities and Culture Committee is due to consider three reports on outdoor events next year at a “virtual” meeting next week.

The committee is being asked to grant landlord’s consent for 17 events in Madeira Drive as well as 50 others in parks and open spaces. These include Pride, in Preston Park, on Saturday 7 August and Sunday 8 August.

The meeting is due to start at 4pm next Thursday (19 November) and is scheduled to be webcast on the council website.