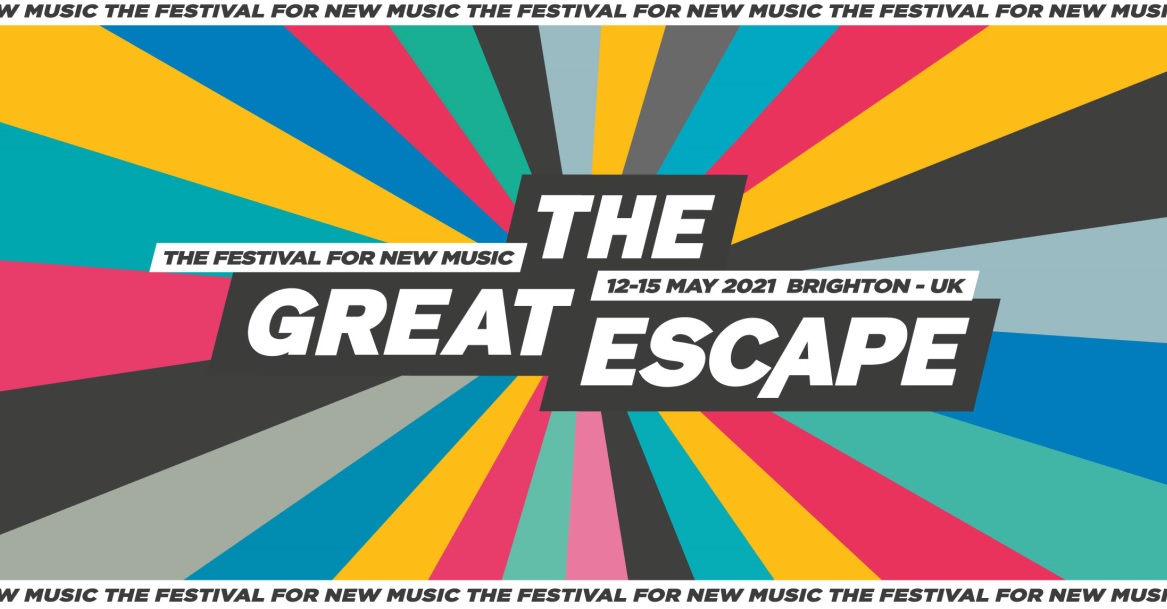 The Great Escape has announced the FIRST FIFTY acts to play the internationally renowned new music festival in Brighton, from 12 – 15 May 2021.

The Great Escape festival 2021 will include hotly tipped break-out artists such as Arlo Parks, Holly Humberstone, BERWYN, Pa Salieu and AMA, as well as 220 KID, who made his Top 10 chart debut earlier this year, and Bree Runway, hot off her debut mixtape release featuring the Missy Elliot collaboration ATM.

Kicking off the 2021 festival season with its belated 15th anniversary edition, The Great Escape is pulling out all the stops with a cutting-edge line-up and playing host to more than 450 of the world’s most exciting up and coming artists. The Great Escape, which has grown to become the festival for new music on a truly global scale, will take place across 30+ walkable venues in Brighton. With more than 400 acts, including the highly anticipated Spotlight shows, still to be announced, there’s much more to come for The Great Escape 2021! Tickets for The Great Escape festival start from £70 and are on sale HERE.

In addition to a stellar line-up of new talent and established artists, The Great Escape’s music-led conference will feature key figures from across the industry, with a series of insightful panels, topical debates, keynote speeches and network opportunities.

With development of the first two vaccines as well as the roll-out of government trials for mass testing and tracing, The Great Escape is confident that a full capacity event can be achieved. Through a mix of vaccine and testing, as well as trial events, the festival will be ready and eager to safely welcome people back to live music. 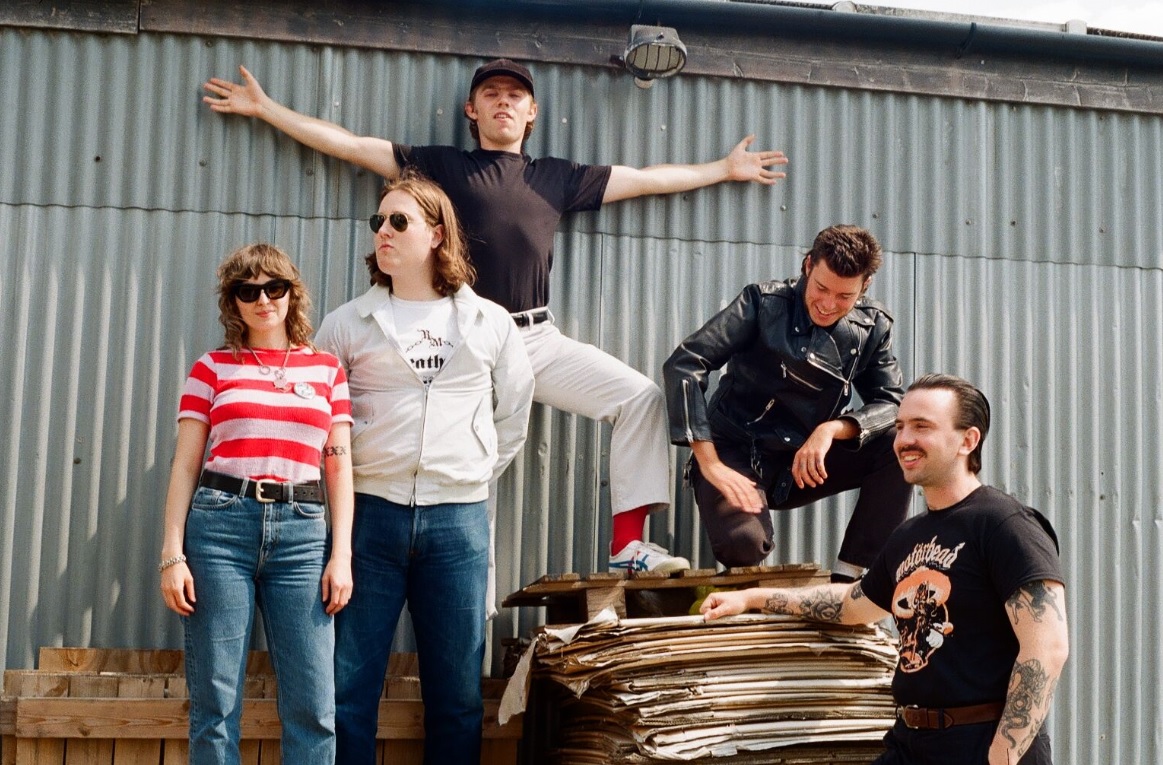 Chubby And The Gang are heading to Brighton!

Folk and singer songwriter fans will be treated to a host of new talent, including Scottish nu-folk sensation Lizzie Reid, Another Michael’s unique musical presence, as well as dreamy and atmospheric alt-folk by L.A-based artist Skullcrusher.

Following the release of her critically acclaimed debut mixtape this month, The Great Escape is excited to reveal that Hackney rapper and songwriter Bree Runway will be bringing her bold genre-hopping debut to the festival in 2021. Joining the line-up will be Gambian by-way-of Coventry’s Pa Salieu, the genre-blurring rapper tipped by tastemakers as one of the UK’s most pioneering new talent, Cardiff-based rap prodigy Juice Menace, as well as Che Lingo, one of the most unique and exciting lyricists in the UK.

The Great Escape is ecstatic to bring the soulful and poetic shady vocals of London-based artist, poet and songwriter Arlo Parks to the Brighton seaside, alongside alternative R&B singer AMA, the unique blend of hip hop, R&B and nostalgic 90s sounds of singer, songwriter and rapper R.A.E, as well as BERWYN, who broke onto the scene in 2020 with his magnetic, honest and vulnerable debut mixtape and a show-stopping Jools Holland performance of his first track Glory.

Full of ecstatic fizz and electronic buzz, the exciting, eclectic world of Remi Wolf is coming to Brighton for 2021. Also heading across the Atlantic, six-piece collective MICHELLE will showcase their sleek grooves and bouncy beat-making. Meanwhile, Thomas Headon will be swapping the beaches of Australia for the south coast seaside, bringing his synth-heavy brand of bedroom pop along for the ride. Other acts on the bill include the potent emotion of Aaron Smith and anthemic pop princess Baby Queen.

Alternative and indie music fans are in for a spectacular array of artists for 2021. Perhaps no artist has garnered as much attention this year as Holly Humberstone with her intimate, driving debut, Falling Asleep at the Wheel, becoming an instant fan favourite. Brighton’s very own The Magic Gang will grace the festival with their infectious rhythms, while New York native Blu DeTiger will perform her icy cool earworms, laden with upbeat optimism and classic indie charm. Oscar Lang’s dream-like soundscape will captivate fans new and old while the club-ready beats of KennyHoopla will have everybody ready to sad-dance.

Fresh from their blistering 2020 debut Speed Kills, no amp will be safe from thunderous furore of Chubby and the Gang. Brighton-based ĠENN will be serving alternative post-punk madness with a fun twist, while the raw energy and fierce political fire of hardcore London-duo Bob Vylan will shake the very foundations of The Great Escape 2021.

No stranger to The Great Escape, Emma-Jean Thackray will bring her groove-heavy sound to the seaside. A prolific musician, remixer, DJ and band leader, Thackray is one of true stand-out stars of the UK’s thriving jazz scene.

Bradford’s very own Bad Boy Chiller Crew will bring the party to Brighton with their banging bassline-inspired anthems and tongue-in-cheek lyrical flair which has made them infamous up and down the country. 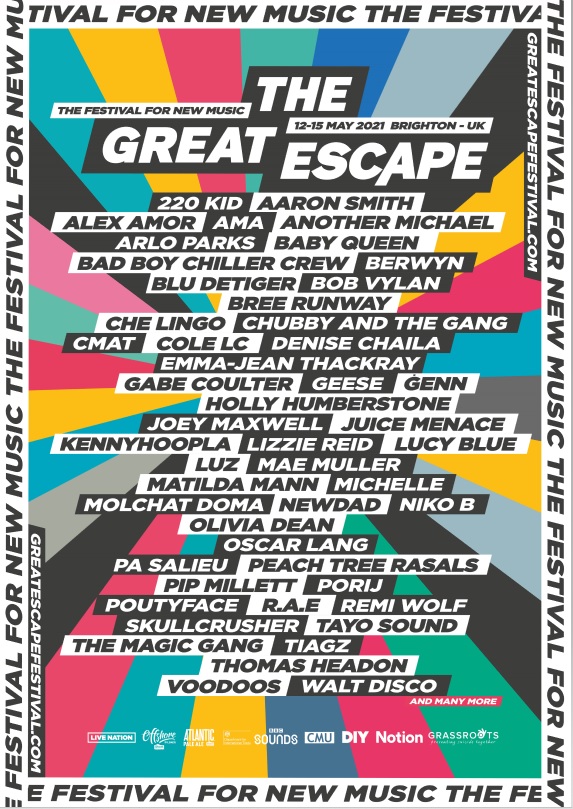 Buy your tickets now for The Great Escape 2021 HERE.