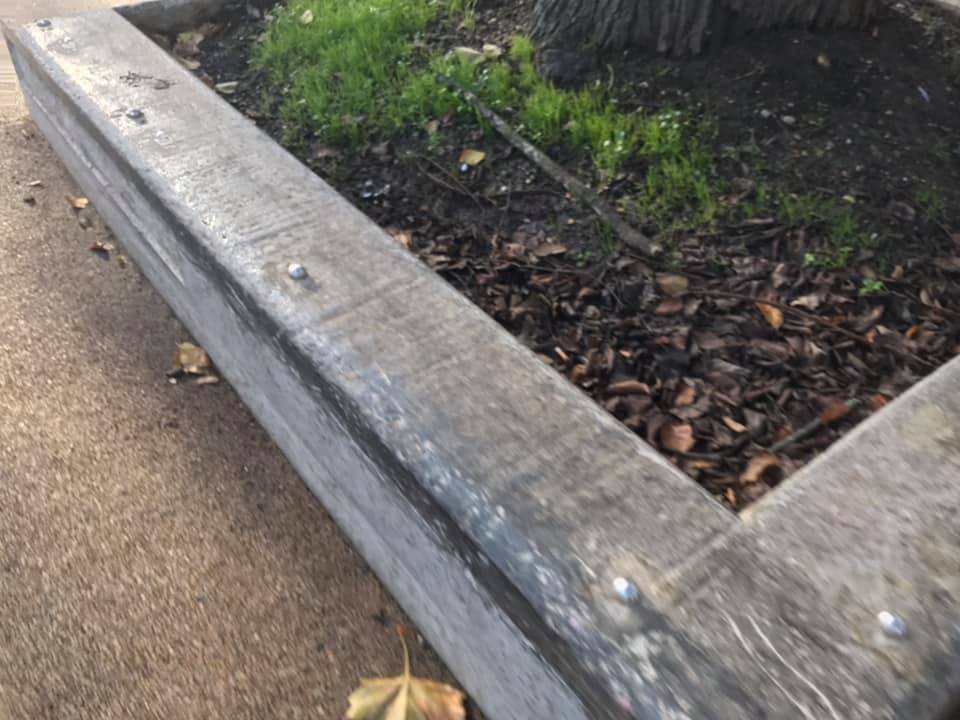 Metal studs have been added to the tree planters in Valley Gardens to stop skateboarders using them for tricks.

The redevelopment was officially completed in September, and skaters had soon realised the potential of the long concrete ledges around the trees.

But after complaints about the noise and damage caused, the council has put in skate stoppers.

A council spokesperson said: “We became aware that the new planters in Valley Gardens were being used by skateboarders to perform tricks. This has not only caused noise issues for local residents but also damaged the new structures.

“To prevent further damage we have now inserted small metal studs into the planters. We would encourage skaters to keep to the skate park at The Level which has now re-opened.”