Police issued fines to 66 people for breaking the coronavirus restrictions in just nine hours over the new year in Brighton and Hove alone.

Sussex Police said that the 66 fixed penalty notices were among 81 issued across the county between 6pm yesterday (Thursday 31 December) and 3am today.

The force said: “These fixed penalty notices ranged from outdoor gatherings of groups in public spaces to private parties and people travelling from outside the area into the county.

“Several tickets were issued to groups gathering on Brighton beach in breach of the restrictions. However, there was no large-scale event on the seafront.

“Five tickets were issued to a group stopped in a car from London who claimed they were in Brighton to collect a takeaway.

“During the same period – from 6pm to 3am – a total of 44 arrests were made across Sussex for offences which included public order, assault and drink driving.

“Police broke up a gathering at a house in Coldean Lane, Brighton, shortly before midnight that was in breach of the regulations.

“A 42-year-old man was arrested for attempting to drink drive after being seen to get into a car and start the ignition.

“Sussex Police wishes local residents a happy new year and thanks the vast majority of people for doing the right thing and staying at home to see in 2021 safely.

“As cases continue to rise in the south east, Sussex Police appealed to local communities to quietly mark new year in their own home and/or support bubble in line with tier 4 restrictions.

“Officers were deployed across Sussex to use the 4Es approach of engaging, explaining and encouraging the public to do the right thing which was largely successful.

“In cases where this was not effective, or the rules were blatantly breached, enforcement action was taken.

”In the period from 6pm on Thursday (31 December) to 3am on Friday (1 January), a total of 81 Fixed Penalty Notices (FPNs) were issued in Sussex.

“Out of the total number, 66 were issued in Brighton and Hove, nine in West Sussex and six in East Sussex. 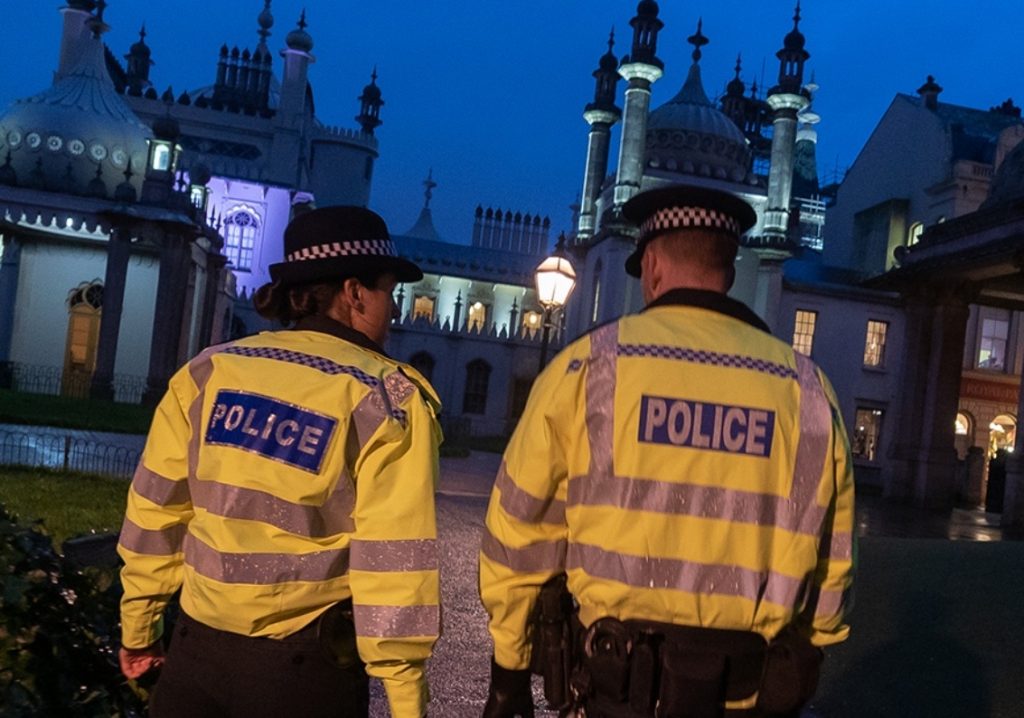 ”Police were called to a house party in High Street, Uckfield, at 11.50pm where people repeatedly returned to an address despite being warned by officers. The occupant of the address was issued a fine.

“Meanwhile, in Broadfield Park, Crawley, a 43-year-old man was arrested on suspicion of public order offences after police received reports of a man shouting abuse.”

Chief Superintendent Tanya Jones said: “We know that this remains a challenging time and we are pleased to report that the vast majority of people are doing the right thing and following the regulations.

“We appreciate that on significant dates such as new year, loved ones want to come together and we are hugely grateful to the vast majority who adhered to the restrictions and played their part in keeping loved ones safe and therefore supporting our frontline NHS workers.

“Our well-established policing approach of engaging, educating and explaining has been widely responded to in a positive manner by the public.

“However, as we demonstrated last night, where people show a blatant disregard for the rules or are not willing to engage with officers, we will take enforcement action.

“As always, we are hugely grateful to our colleagues who sacrificed seeing in the new year with their own loved ones in order to help keep the public safe.”