Council nurseries to close to most children 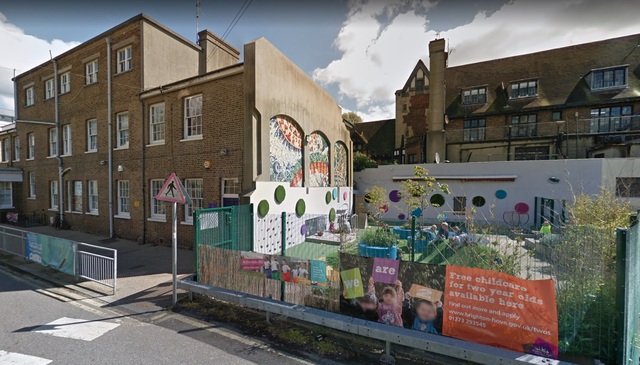 Bright Start Nursery, one of the council’s nurseries

Brighton and Hove’s council-run nurseries are to close to all but vulnerable and keyworker children.

On Saturday, the city council was the first to defy the government and advise its schools to move to virtual learning because of rapidly rising coronavirus cases.

The GMB union, which represents nursery workers, has been urging the council to follow suit for its nurseries – and today, the council announced it would do so.

It also wrote to the government urging it to put financial measures in place to allow privately run nurseries to do the same.

Hannah Clare, the city’s education lead councillor, said: “We believe the same data and science that led to a school closure also applies to the early years sector.

“May early years providers in our city that we have spoken to have expressed that they feel a huge responsibility for their staff safety at this time more than ever.

“They feel it is the right thing for them to close to all but vulnerable children and the children of key workers.

“But if they do this to protect their community, they will lose out financially.

“As a city council, we will now be moving our council-run nurseries to only be open for vulnerable children and the children of key workers. But we cannot offer the same advice for private providers, as it will have huge financial ramifications to do so.”

Mark Turner GMB B50 Branch secretary said: “From the very beginning of the pandemic, GMB members have always felt that the early years sector has been at the very bottom of the pile of Department for Education priorities.

“It is often missed out of government communications and excluded from additional financial support for staff absence and additional cleaning costs, and from the provision of home testing kits offered to their school and college colleagues.

“Despite the close contact that early years staff have every day with young children who do not – and are not expected to – socially distance, there has apparently been no consideration as to whether childcare practitioners should be prioritised for covid vaccinations to help protect the health and wellbeing of the workforce and their families.

“We must thank the Green council for this decision and positive action after representation by the GMB to the leader of the council, Phelim MacCafferty and Cllr Hannah Clare Chair of the Children, Young People and Skills Committee.

“It is appreciated that the welfare and safety of both providers and the children in their care is now being taken seriously locally at least.

“This move will now enable the city’s nurseries to better protect its staff, families and the wider community and bring into effect the same consistent working practices and health and safety protections for all, only providing care and education for vulnerable children and children of key/essential workers.”