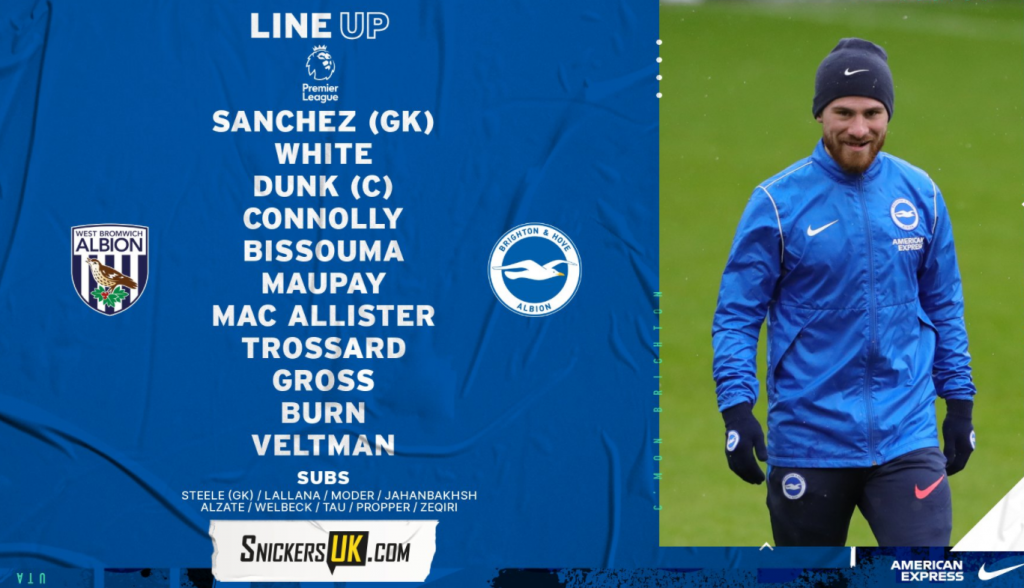 The battle of the Albions may never have had so much significance.

The Seagulls are now just four points above the relegation zone although they sit 11 points ahead of West Brom who are firmly in it.

Head coach Graham Potter has brought Aaron Connolly back into the starting line up this afternoon (Saturday 27 February).

But there is no place in the squad for Jose Izquierdo or Florin Andone although both trained with the first team group this week.

Albion, with a woeful expected goal ratio, have named Danny Welbeck, Percy Tau and Andi Zeqiri on the bench.