Council may face court in row over domestic abuse service

Brighton and Hove City Council has been put on notice that it may be taken to court over recently awarded contracts for domestic violence and abuse services.

If the legal threat is followed through, the council may face a judicial review in the High Court.

The threat comes after the Brighton charity RISE lost two key contracts – for a refuge service and for community domestic violence and abuse services.

When the charity learnt that it had not been re-awarded the contracts, worth £5 million over seven years, RISE is understood to have questioned the decision.

But it is believed that the charity did not challenge the decision formally nor did it take legal action.

As a result, he said, he would be constrained in his answers to a series of questions from the public, having been given legal advice.

He said that he would answer some of the questions in writing after the meeting as soon as possible and, he hoped, within two weeks.

The contract for community domestic violence and abuse services was awarded to Victim Support and the refuge contract to housing association Stonewater.

They are due to take over the services at the start of April while councillors continue to look at the way the controversial decision was reached.

Councillors and officials have been at pains to praise RISE for its track record over the past 26 years while making clear that the new providers won the contracts fairly and legally.

But former Labour councillor Jean Calder – whose question was read out in her absence – asked: “Recent decisions regarding RISE suggest council officers may have less of an understanding than they once had of the discrimination, harassment and violence suffered by the city’s women and girls and the legal protections that exist to protect their sex-based rights.

“This creates a de facto equalities ‘pecking order’ which leaves the city’s females languishing near the bottom. 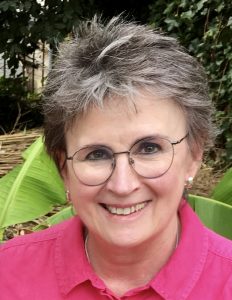 “What will councillors do to ensure that institutional sexism within the council is identified and challenged and that council personnel (and wherever possible partner agencies) are adequately trained and equipped to protect the sex-based legal rights of women and girls?”

Another public question came from Ruth Farnell who asked: “When the current commission for domestic abuse services in the city started, six years ago, RISE were asked to set up ‘The Portal’ as a very important central referral point for everyone who needs to access support.

“Now that this website is up and running, why has the council decided to scrap it and replace it with a ‘Victim Hub’?”

She told the virtual meeting of the TECC Committee that people turning to RISE saw themselves as survivors – not victims – of domestic violence and abuse.

Another questioner Alice Strutt asked: “Does the committee think that services for survivors of domestic abuse in Brighton and Hove are more or less likely to be integrated after 1 April, given there are to be three organisations delivering them instead of one?”

Another questioner Ms A asked: “The strategic assessment of crime and community safety, brought to this committee in May 2020, showed that 335 RISE clients expressed a need for housing in 2018-19 but the refuge only had capacity for 58 people.

“Calls to the helpline and referrals of people at high risk have increased since the start of the covid pandemic.

“Will this committee make a commitment to ringfence the £600,000 of additional government funding so that local specialist organisations can create additional refuge places provided separately from the generic contract awarded to Stonewater?”

The council has yet to decide the process for using the extra money.

Another questioner Nicola Benge asked: “A report to the NICE Committee in October 2018 said: ‘RISE and its subcontracted partner, Survivors Network, raise and invest significant funds in their own right to deliver services for victims and survivors outside The Portal and should be noted as key contributors to the funding landscape.’

“If RISE is no longer the main provider of refuge and casework services, it will be much harder for them to raise these additional funds, given that many dedicated grants rely on match funding.

“How will the council act to prevent this decision from destabilising RISE and therefore endangering their self-funded community services?”

And the final public questioner Emily West asked: ““How will the voice of service users be heard as part of the monitoring, evaluation and review of the new domestic abuse contracts?”

She asked the council to set up a service user panel which Councillor Osborne, the co-chair of the TECC Committee, said would be considered.

The committee is expected to recommend setting up a cross-party working group of councillors to look at the matter.

A decision on whether to do this is likely to be taken by the council’s Policy and Resources Committee next Thursday (18 March).