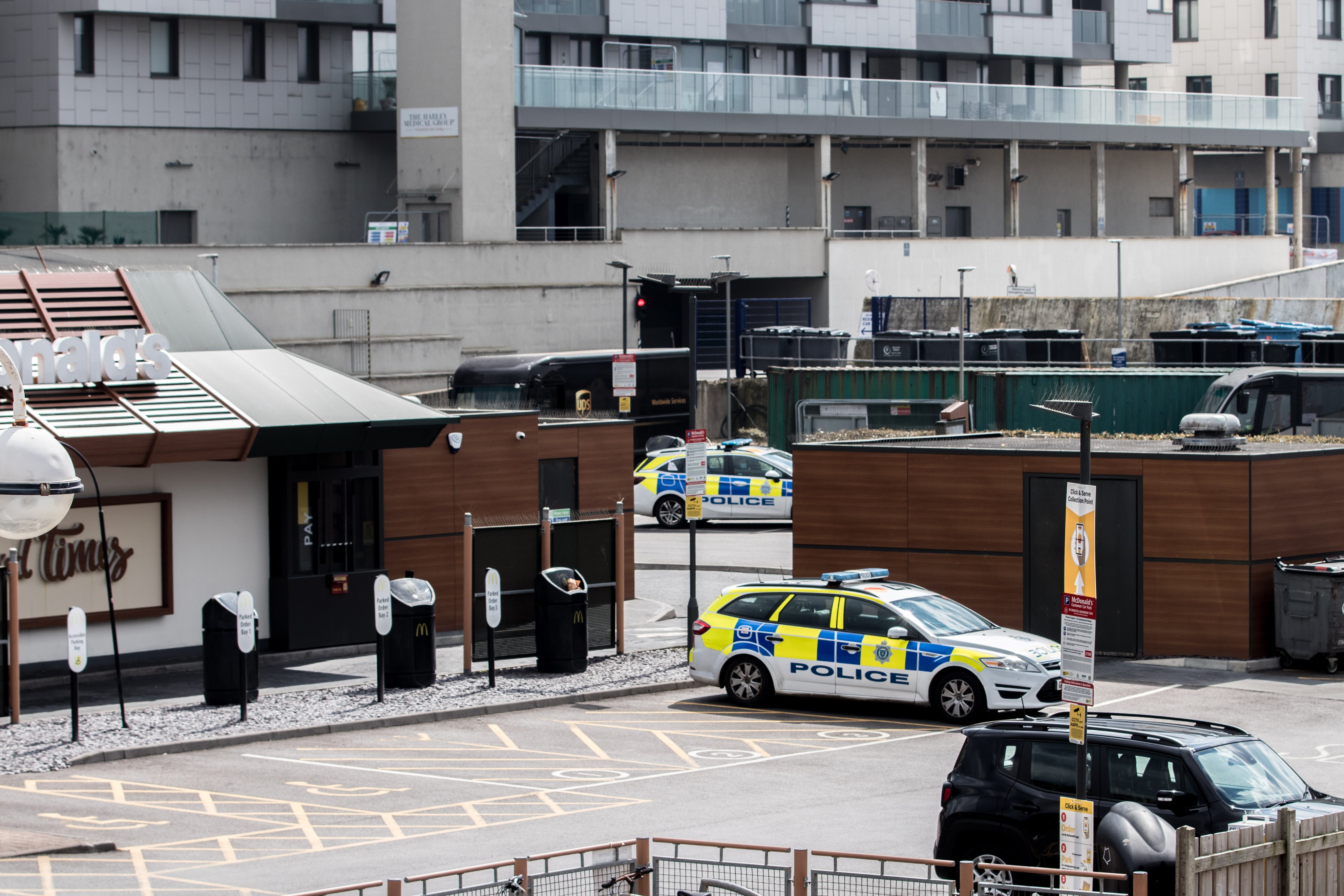 The McDonald’s drive-through at Brighton Marina has been closed by police after a man was found there in distress this lunchtime.

The area around the fast food restaurant was cordoned off by Sussex Police after they were called there at 12.05pm.

A police spokeswoman said: “Emergency services were called to McDonalds restaurant at Brighton Marina at 12.05pm on Wednesday (14 April) after a man was found in distress on the premises.

“The man was taken to hospital by ambulance and the area will remain closed for the rest of the day.”

No crime is being investigated in connection with the incident.