A serial burglar from Brighton and Hove has been arrested again almost 30 years after he was jailed for his part in exposing politician Paddy Ashdown’s affair with his secretary. 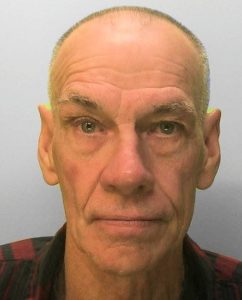 Sussex Police said this morning: “Simon Berkowitz, who was wanted by police on recall to prison, has been arrested.

“The 74-year-old year old man was arrested in Bournemouth on Sunday (2 May).”

Berkowitz was wanted for recall to prison for breaching the terms of his latest release licence.

Berkowitz, who has lived at a number of addresses in Brighton and Hove, including Marine Parade and Fourth Avenue, has hundreds of convictions going back to 1961.

Sussex Police said in March: “A 74-year-old man who is wanted on recall to prison is being sought by police.

“Simon Berkowitz has failed to adhere to licence conditions having last been seen at an address in Brighton in early February.

“He has connections to the Brighton, Worthing and Lancing areas and it is thought that he may be travelling between Sussex and Hampshire.

“He is white, 6ft 1in and of proportionate build.

“He had been released on licence after being jailed for 12 weeks in December for breaching a restraining order.”