Air ambulance boss Leigh Curtis has been made an MBE for his service, especially during the coronavirus pandemic. 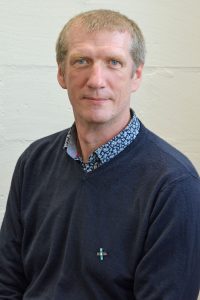 Mr Curtis is a long-serving member of the senior leadership team at Air Ambulance Kent Surrey Sussex (KSS), having joined 14 years ago.

The KSS air ambulances are a familiar sight in and around Brighton and Hove – not just when they land to treat patients in an emergency but taking them to the Royal Sussex County Hospital too.

He is a state registered paramedic with a master’s degree in advanced paramedic practice in critical care.

After joining the NHS in 1996, Mr Curtis worked in a number of frontline roles before moving into paramedic education, developing and delivering nationally recognised and commended educational programmes.

He joined the KSS air ambulance service in 2007 from the South East Coast NHS Ambulance Service where he was the executive officer.

Since becoming director of operations and executive director of service delivery at KSS, Mr Curtis has overseen changes aimed at improving the service for patients.

These include the introduction of the first 24-hour helicopter emergency medical service in England.

A leading figure at the South East Coast Ambulance Service, Fionna Moore, has also been recognised in the honours list. 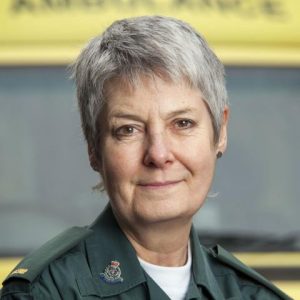 Dr Moore, the executive medical director at the ambulance service, which serves Brighton and Hove, has been awarded the Queen’s Ambulance Service Medal.

As well as being an accident and emergency (A&E) consultant for more than 25 years, Dr Moore was previously the chief executive of London Ambulance Service.