Police have offered a £250 reward in their hunt for a wanted man from Brighton. 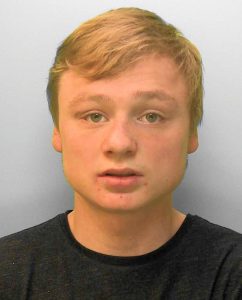 George Burbidge, 23, formerly of North Place, Brighton, is wanted for recall to prison and being unlawfully at large.

Burbidge, who has also lived in Hove, was jailed for four years and three months in June 2017 for assault causing grievous bodily harm (GBH).

“The 23-year-old man, from Brighton, is sought for recall to prison and being unlawfully at large.

“He is described as white, of slim to medium build, with fair hair, blue-green eyes and no facial hair.

“It is thought that Burbidge remains in the local area.