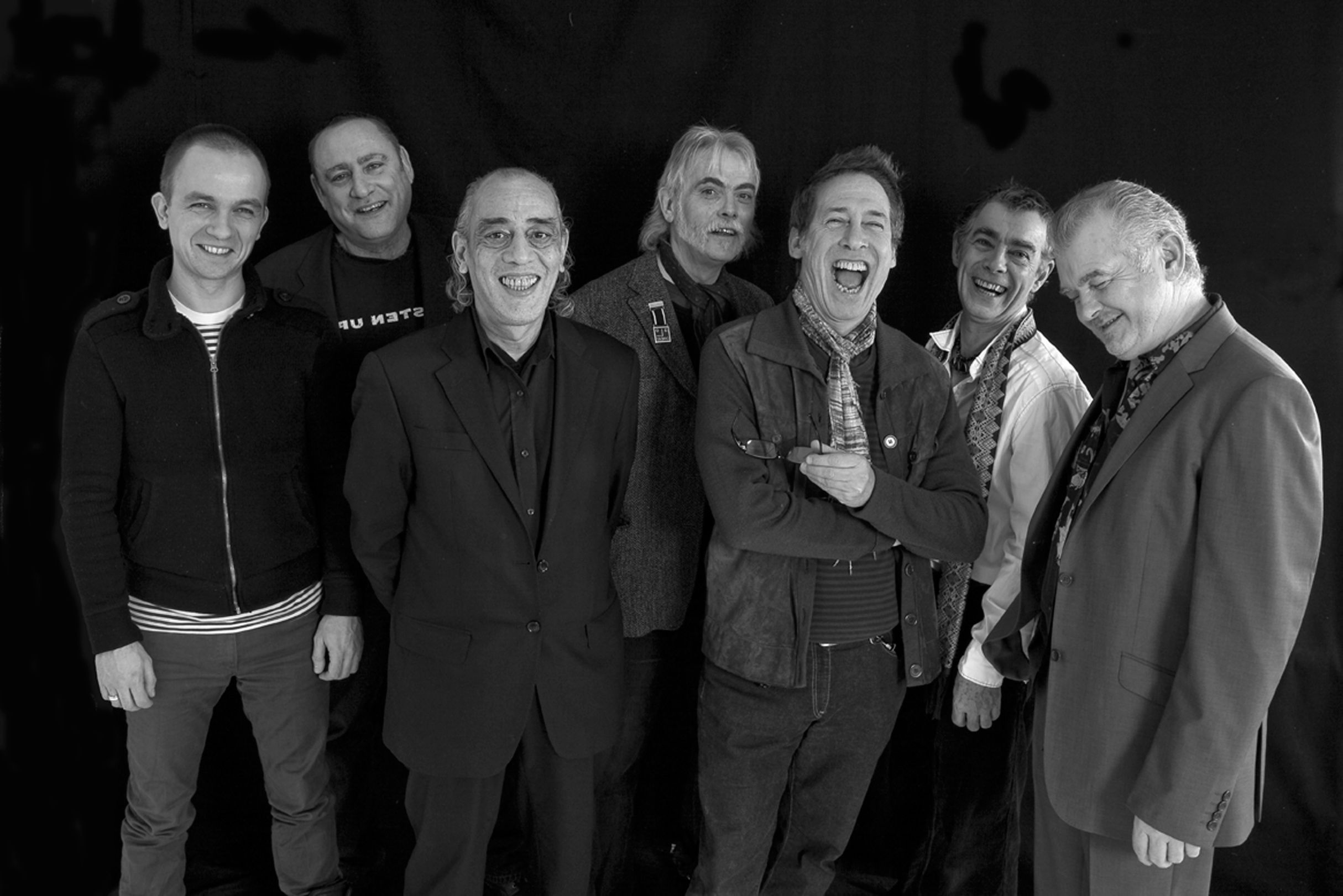 The Blockheads are heading to Brighton

After the resounding success of their sold out appearance in 2019 at The Old Market in Hove (read our review HERE) The Blockheads have announced a welcome return to these here parts.

They will be rocking up at the popular Concorde 2 now on Sunday 21st November 2021 instead of Thursday 2nd September 2021.

As Ian Dury & The Blockheads they went back out on tour, and in 1978 released ‘What A Waste’ a single that reached No.5 in the U.K. charts. They were then joined by saxophonist Davey Payne and toured the U.S.A supporting Lou Reed across the U.S.A.

In 1982 Ian Dury & The Blockheads disbanded until the early 1990’s when they reformed to perform at the ‘Madstock’ festival in Finsbury Park headlined by Madness. 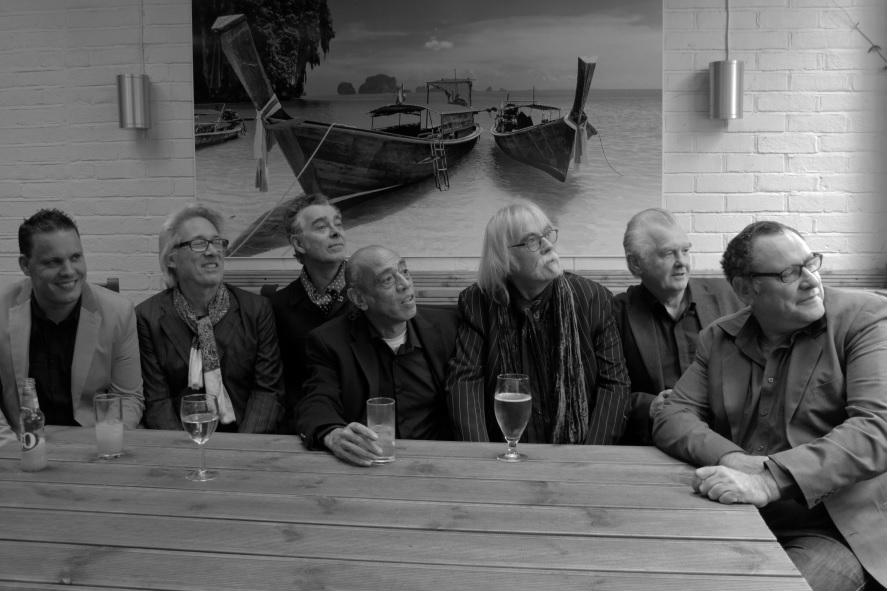 Following Ian Dury’s death in 2000, the band had to make a decision to either stop or continue. The choice was made and the band have continued making albums and touring the world. Thus they have rarely been off the road ever since and their last studio album, ‘Beyond The Call Of Dury’, was released in November 2017. Indeed it’s fair to argue that The Blockheads are one of the most underrated British bands of all time.

The Blockheads are now fronted by Derek ‘The Draw’ Hussey, who was Ian’s best friend and is now the band’s vocalist and wordsmith. Chaz Jankel, Norman Watt-Roy, John Turnbull and Mick Gallagher still remain from the original band and the current line-up is augmented by John Roberts on drums and a rolling line up of saxophonists including Gilad Atzmon, Terry Edwards or Dave Lewis.

No doubt on the 2nd September the Concorde 2 will be ringing out with the tones of ‘Wake Up And Make Love To Me’, ‘Express Yourself’, ‘Billericay Dickie’, ‘What A Waste’, ‘Sex & Drugs & Rock & Roll’, ‘I Want To Be Straight’, ‘Sweet Gene Vincent’, ‘Clever Trevor’, ‘Reasons To Be Cheerful (Part 3)’ and ‘Hit Me With Your Rhythm Stick’.

So snap up your tickets for The Blockheads concert at the Concorde 2 directly from the venue HERE or from HERE or your usual ticket supplier. 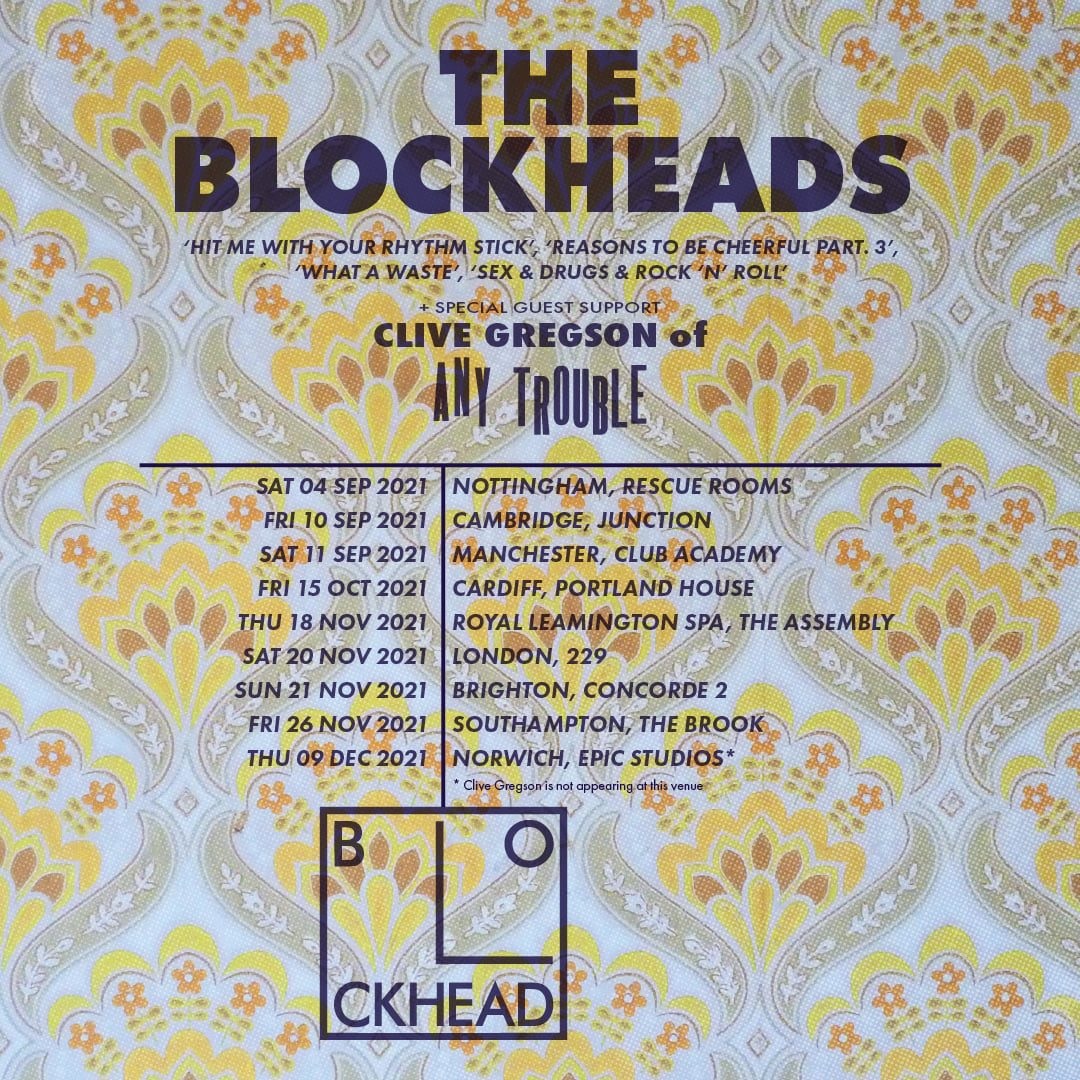