Residents object to 5G masts on roof of Brighton flats

Opposition is growing to plans to instal 5G masts on the roof of one of the most prominent buildings in Brighton.

The proposals include putting 12 antennas and four transmission dishes on the roof of Dudeney Lodge, in Upper Hollingdean Road, with six equipment cabinets on the ground.

Details have been submitted to Brighton and Hove City council by mobile phone infrastructure firm Cornerstone on behalf of Telefonica UK, also known as O2, and its network-sharing partner Vodafone.

Fourteen people have objected to the proposed masts, with four people writing to the council in support of the proposal.

Green councillor Martin Osborne, one of those consulted by Cornerstone, said that residents of Dudeney Lodge and neighbouring Nettleton Court would be among those likely to object.

One objector, whose details were redacted by the council, said: “The proposed site on top of Dudeney Lodge is entirely inappropriate due to it being completely exposed to the elements, especially high winds.

“This makes for a lot of noise, causing stress to the people living in the building, in particular, those living near the top. Also, it poses a clear danger as the winds can cause damage, resulting in flying debris.”

A Hollingdean and Stanmer ward councillor, whose details were also redacted by the council, said: “There is a positive visual aesthetic missing from the design of the masts.

“Since these are being proposed as being placed on the tallest buildings in the surrounding area, these will be visible across the neighbourhood, leaving some residents with a view of antennas and satellite dishes.

“This visual disturbance could be less impactful if a more suitable location could be found.”

A supporter, whose details were also redacted by the council, said: “I need a good mobile signal for work and leisure. I live locally and this should help improve it.

“This seems a better option than the previous pavement mast and other sites reviewed.”

“As a young professional who works from home in Hollingdean permanently, a reliable fast internet connection is essential to my job.

“Unfortunately, the traditional broadband suppliers in the area aren’t always reliable, with my internet connection often dropping during the working day.” 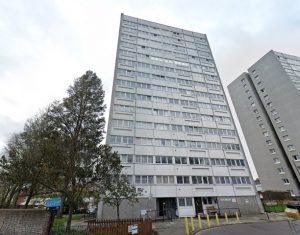 The application includes information about the benefits of 5G, material addressing health concerns and a letter from government minister Matt Warman.

Mr Warman said that the government was committed to expanding the country’s mobile network, particularly as demand had increased during the pandemic.

He said: “The increased capacity, reliability and functionality offered by 5G is opening up the potential for new innovative services for individuals and increased productivity for industry.

“The planning system plays a key role in delivering the infrastructure that we need as households and businesses become increasingly reliant on mobile connectivity.”

Dudeney Lodge is council-owned and has a high proportion of over-50s.

Last year planners rejected plans for a 20-metre high pole in nearby Ditchling Road because of the impact on heritage sites, including the grade II listed Downs Junior School and the locally listed tram shelter.