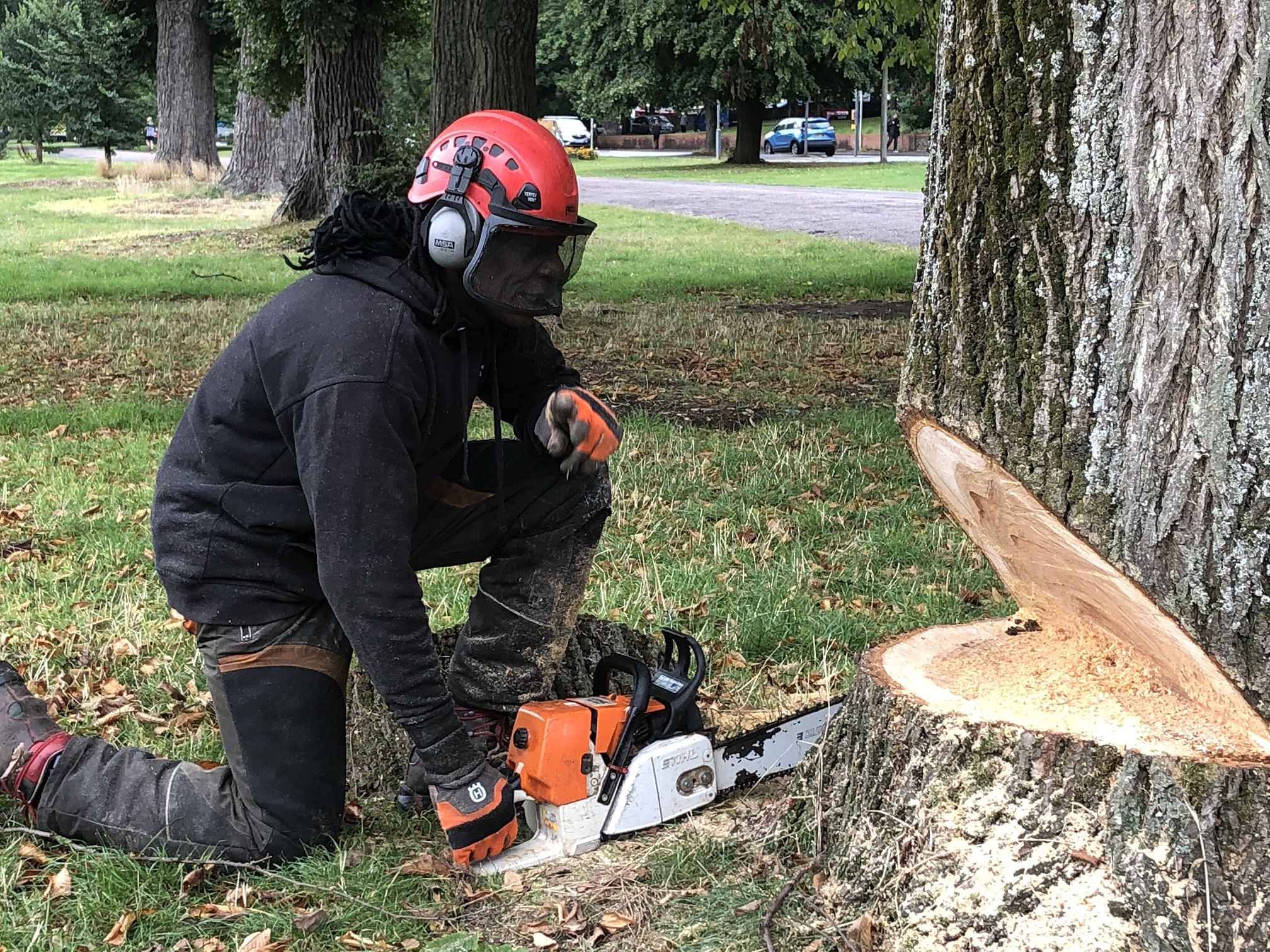 Temporary traffic lights are being put in place on Coldean Lane this week as 50 trees are felled following the discovery of a large outbreak of elm disease.

Work started on removing the elms in Coldean Wood today, and is expected to take between three and five days.

The trees are on and around the site of the Homes for Brighton and Hove low cost housing development in Coldean Lane. The infection was found during a visit to the site by the council’s arboricultural team.

Councillor Amy Heley, chair of the Environment, Transport & Sustainability committee, said: “This is devastating news and we are very sorry about the further loss of trees in a woodland so recently affected by Ash Dieback.

“It’s very important to remove these infected elms as quickly as possible to protect the other elms in the area as much as possible.

“It’s some consolation that 200 new trees, including 40 elms, will be planted as part of the development of new low cost housing on the site.

“The control of Elm Disease is an ongoing tree management issue in the city.

“Thanks to the brilliant work of our arboricultural team, we have a long and successful history of protecting elms in Brighton and Hove, and hold the National Elm Collection.

“We’ve lost a number of important elms to elm disease over recent years and to lose this many in one go is terrible.

“You can help control elm disease by reporting dying elms to our arboricultural team. We will also inspect firewood and timber free of charge to remove any potentially infected elm logs.””

The tree-felling will be carried out to Natural England guidelines, with a qualified ecologist on site to supervise the work and minimise any disturbance to wildlife.

The work was slightly delayed because of badger setts within the affected woodland.

However, tests carried out as part of the housing development over the last 18 months have shown no signs of recent use and steps will be taken to ensure badgers do not start re-using the sets to protect them during the development.

The removed elm will be taken to Brighton and hove City Council’s licensed elm timber disposal site at Waterhall Road, with smaller material chipped and left on site.

A small number of other trees may need to be removed in the area to allow access to remove the infected trees in a safe and controlled way.

It’s expected more trees will need to be felled over the next year in the woodland along Coldean Lane.

The elm disease could spread via root contact to other elms in the woods and, by next year, there will be a need to remove further ash trees infected with Ash Dieback.

Once building work is complete on the Coldean Lane site, around 200 ‘early mature’ trees will be planted on the site as part of the woodland management and landscaping of the area. This will include 40 ‘disease resistant’ elms.

Replanting in other areas of Coldean Woods will take place once the work to remove infected ash trees in danger of falling on to nearby paths is complete.

The elm still remains the dominant tree throughout the city, with an estimated growing population of over 17,000 trees, which make up the National Elm Collection.

Every summer, the council’s arboricultural team wages a battle across the city against the tiny beetle which carries the deadly elm tree killing fungus known as Elm Disease or Dutch Elm Disease.

Losses of trees to the disease have been manageable over the years thanks to a council-led control campaign.

However, the city has seen several of its most significant and stunning elms fall victim to elm disease over recent years.

One of the most likely ways for a tree to become infected by Elm Disease is via beetles breeding on elm logs stored in the area.

These logs may have been brought in from other parts of Sussex where there has been a massive rise in trees becoming infected and subsequent logs becoming available.

In recent years, there has also been a rapid increase in the number of wood burning stoves being sold in the area, increasing the risk of contaminated wood coming into the city.

The council’s arboricultural team offers a free inspection of firewood and other timber.

Similarly, if you have an elm tree in your garden that may be dead or dying, we are happy to come out and inspect it free of charge.

Anyone wanting to use the service can contact the team by emailing arboriculture@brighton-hove.gov.uk.