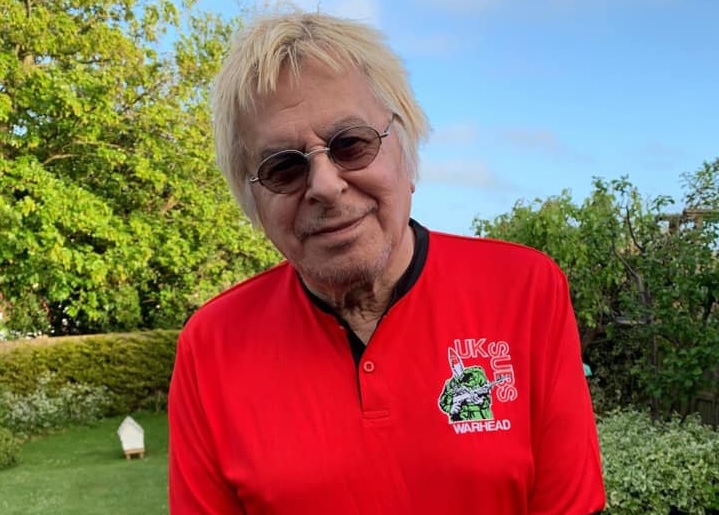 Punk legend Charlie Harper sporting a brightly coloured UK Subs top. He will be playing live near Brighton, see below

Punk legend and UK Subs frontman, Charlie Harper, has announced a solo concert here in Sussex. He will be rockin’ on up at The Con Club, located at 139 High Street in Lewes on Sunday 12th September 2021, doors opening at 7pm and the show starts at 8pm with support from Cockwomble. It’s going to be a unique experience and one not to miss! 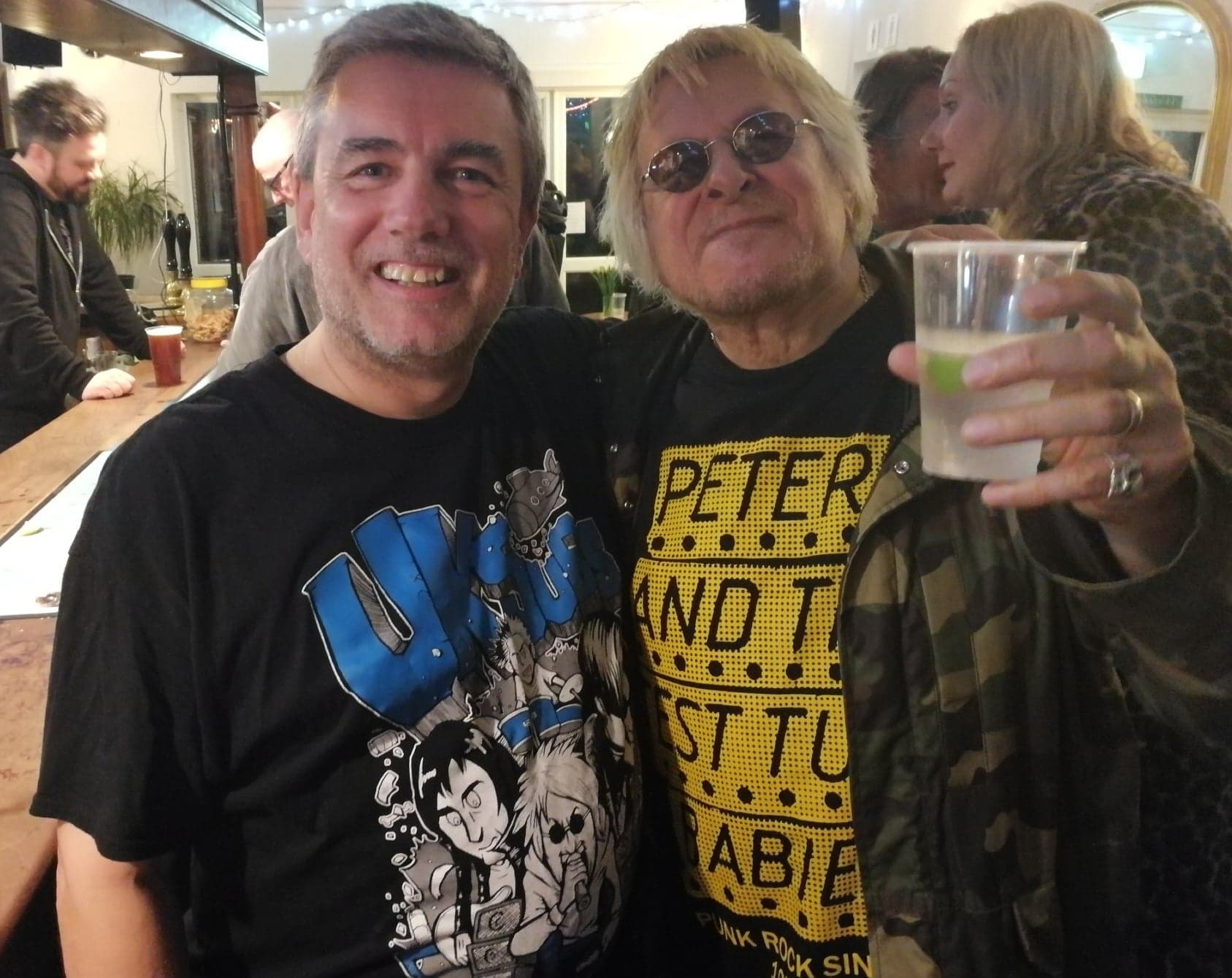 The Con Club is a not-for-profit club open to both members and non-members, so anyone of a reasonable age can attend this event that has been put on by Black Rabbit Productions & TLF.

Charlie Harper will be raring to go and is more than likely still buzzing from the UK Subs excellent performance on Saturday 7th August at the Empress Ballroom in Blackpool. The event was a homage to the fact that the annual Rebellion Punk Festival was celebrating 25 years of keeping the genre alive. It was called ‘Hits 25 – Celebrating 25 years of Holidays In The Sun’, as that is what the festival was originally called.

Charlie was stationed in Blackpool for a few days as he was the special support guest for Buzzcocks at their two sold out shows at The Waterloo Music Bar on Sunday 8th and Monday 9th August. Charlie performed his solo acoustic set on these two nights and this is what he will be doing up at The Con Club. 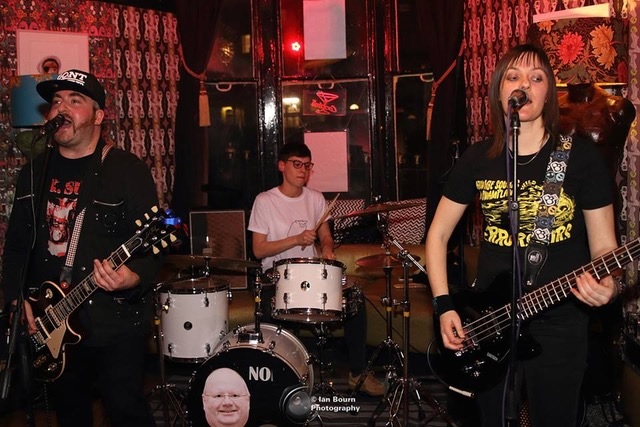 Cockwomble will be supporting Charlie on the night. They are a Brighton based trio consisting of Ali on vocals and lead guitar providing incomparable lyrics, Victoria on bass and Leah on drums. They can be found lurking on YouTube with a serious selection. They have appeared at Rebellion on the ‘Introducing Stage’ and are often met with critical acclaim. Keen eyed punk fans will note that Victoria is also a member of The Ramonas, who have had Charlie Harper guest on their album. 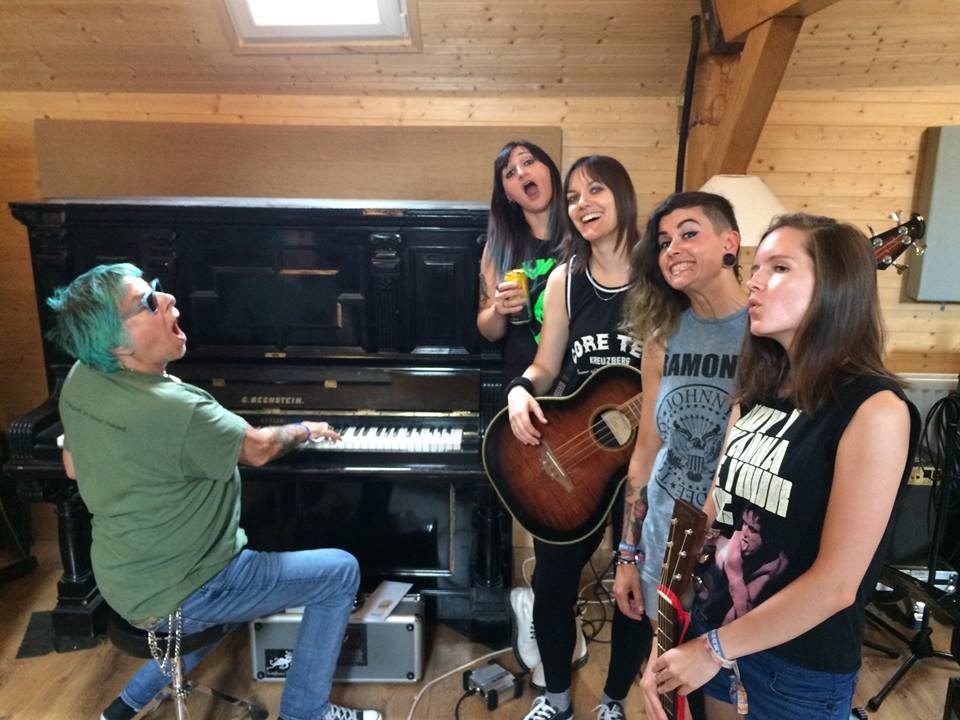 Charlie Harper and The Ramonas having a little singalong. Victoria from Cockwomble is on guitar.

For those craving the full on UK Subs live mosh pit experience, then you will have to wait until Sunday 21st November, when Charlie will be bringing the whole UK Subs band back to The Con Club for a night of nostalgia, noise and mayhem as they will be performing their seminal ‘Brand New Age’ 1980 album in full, plus no doubt a host of other corkers! For details on that event, read our preview HERE. 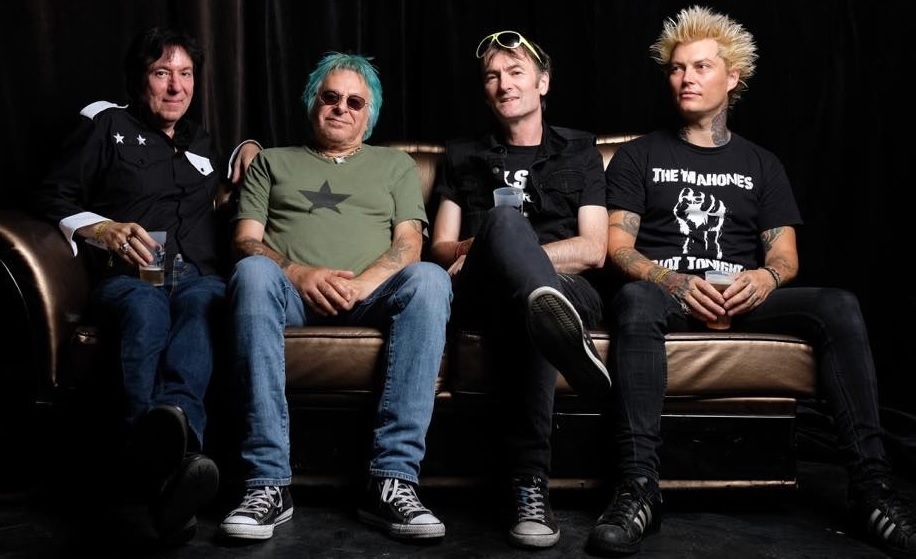 In the meantime, you can get your Charlie Harper fix by grabbing your tickets HERE. 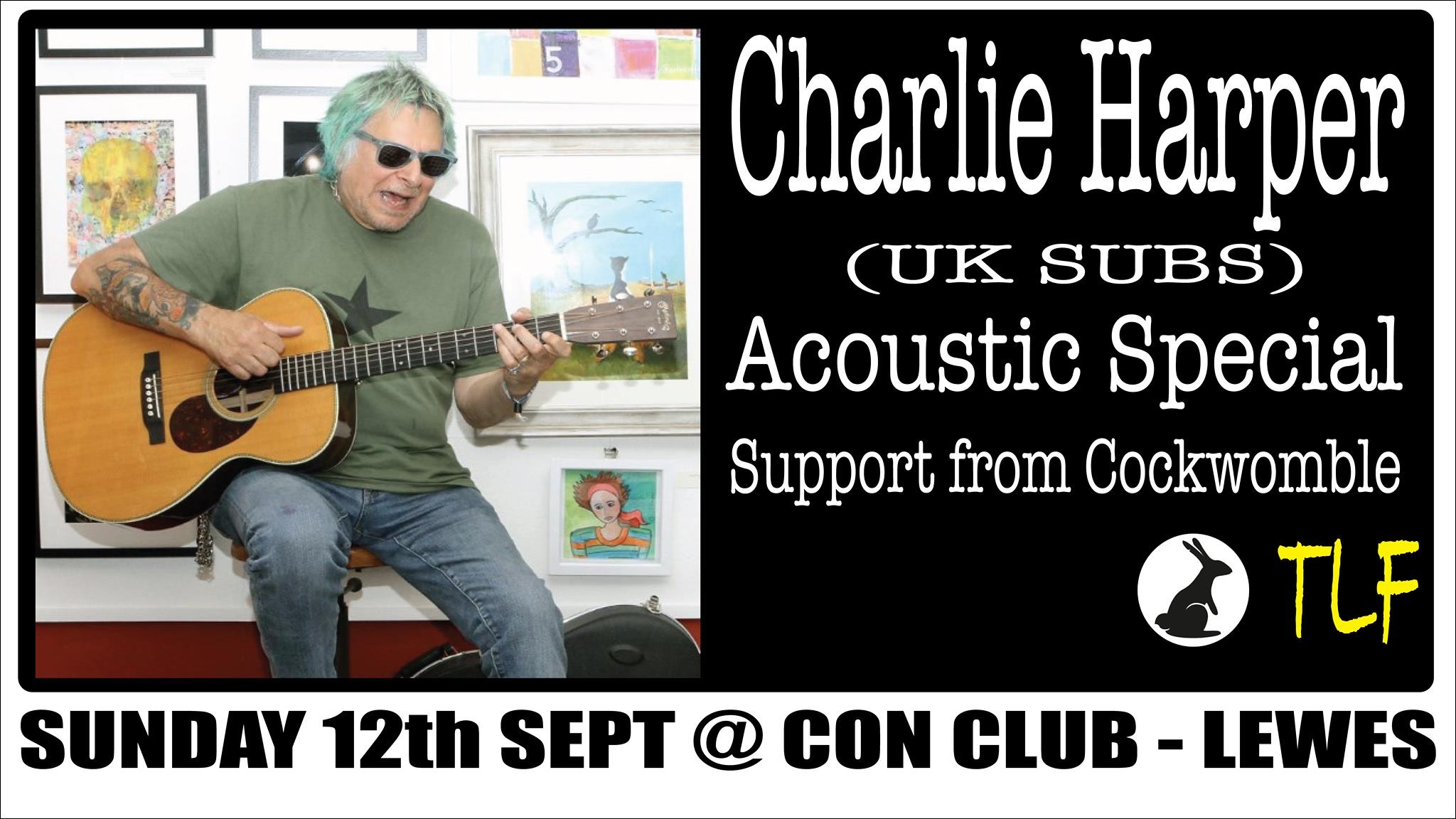