It’s all about McFly at the Brighton Centre 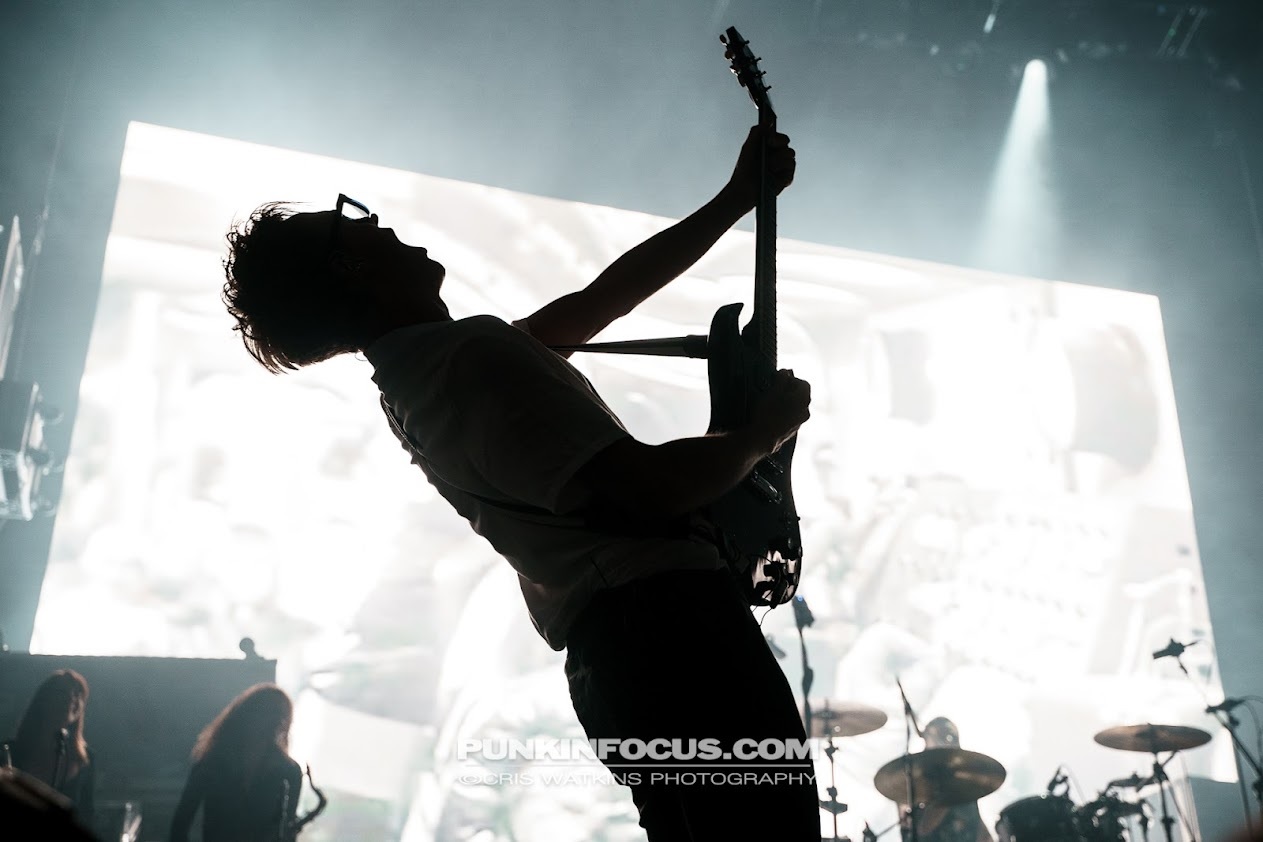 I’ve been a fan of McFly since 2004 when ‘Five Colours In Her Hair’ was released. When I’d go to sleepovers we’d read McFly interviews in Pop Princess magazines. My friend had a life sized poster of Danny from McFly on her wall, and I remember during one sleepover I woke up in the middle of the night and saw him looking down at me; thinking someone was in the room I screamed so loud I woke everyone up! After two rescheduling’s (they welcomed us to last year!), I was incredibly excited to see McFly live for the first time—my inner seven-year-old was giddy! I was always a ‘Tom girl’ growing up, and I couldn’t keep my eyes off Tom Fletcher all night; it was like a dream come true. 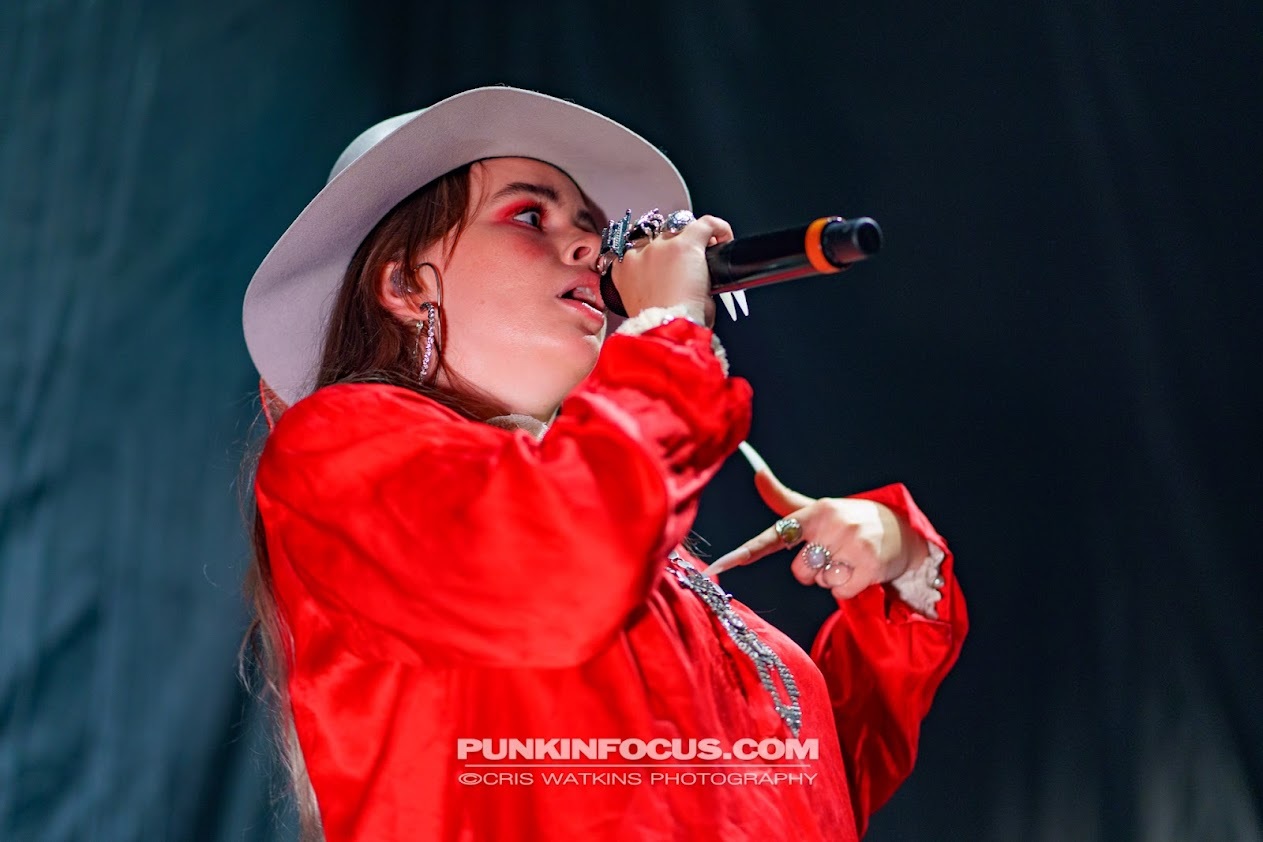 The night opened with CHINCHILLA. Born in London, CHINCHILLA released her first album ‘Awakening’ in 2020. Her music exudes female empowerment and CHINCHILLA is unashamedly herself. Her new EP ‘Moon Maintenance For Dummies’ was released in August 2021. 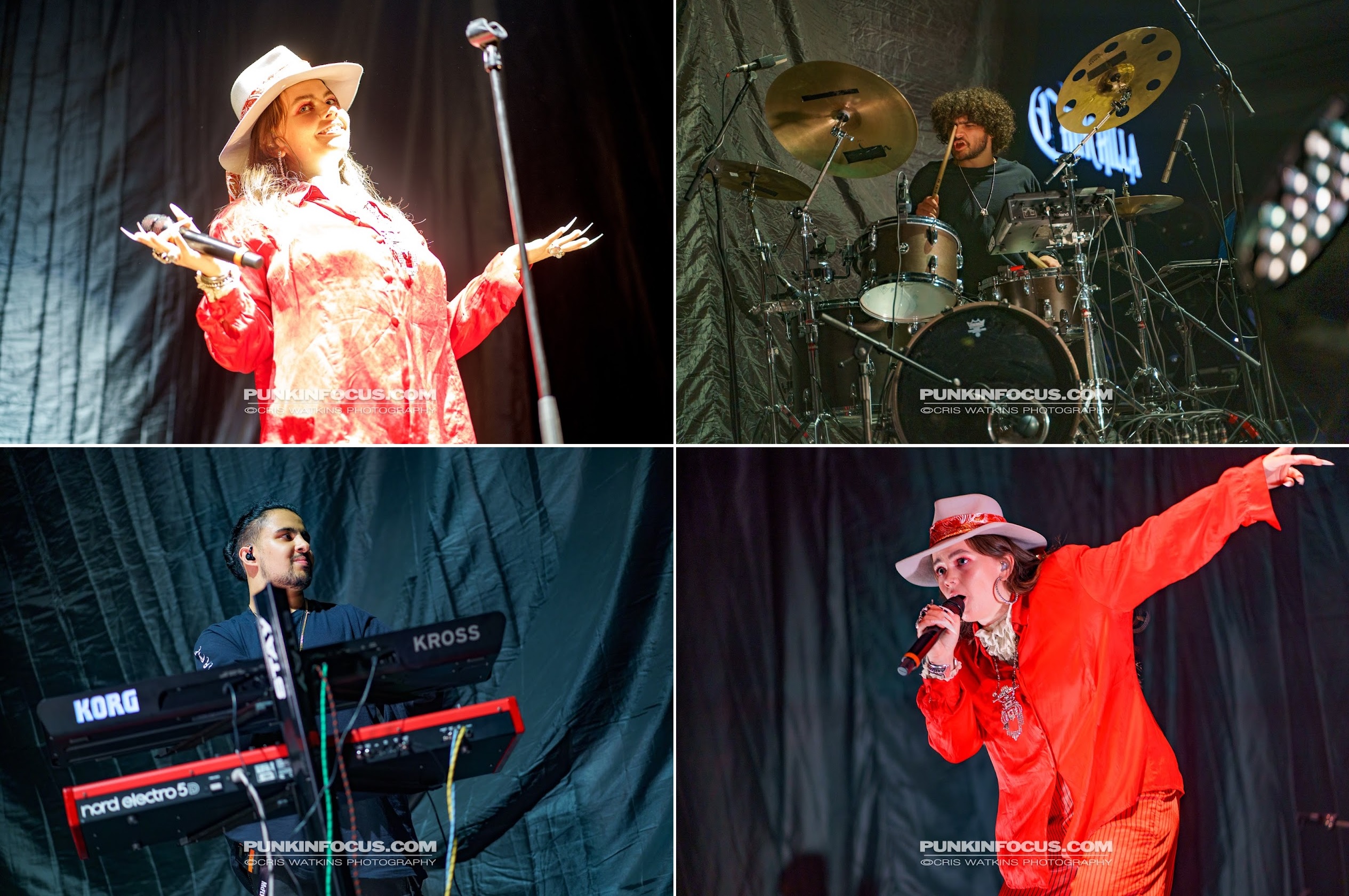 The energy CHINCHILLA bought from the moment she came on stage was spellbinding. The crowd loved her from the offset and fans of hers were singing along. CHINCHILLA has such a powerful voice which filled the whole arena. Her music was an eclectic mix of ballads and upbeat songs. At one point she sang the opening to ‘Bohemian Rhapsody’ which took the crowd by surprise. For me, the highlight of her set was ‘Cold Water.’ Her upbeat music was fun and got the crowd dancing, but her ballad ‘Cold Water’ sent shivers up my spine. It’s such a beautifully written song and the power in her voice is truly incredible. It takes real talent for an artist to give me goosebumps the first time hearing a song. 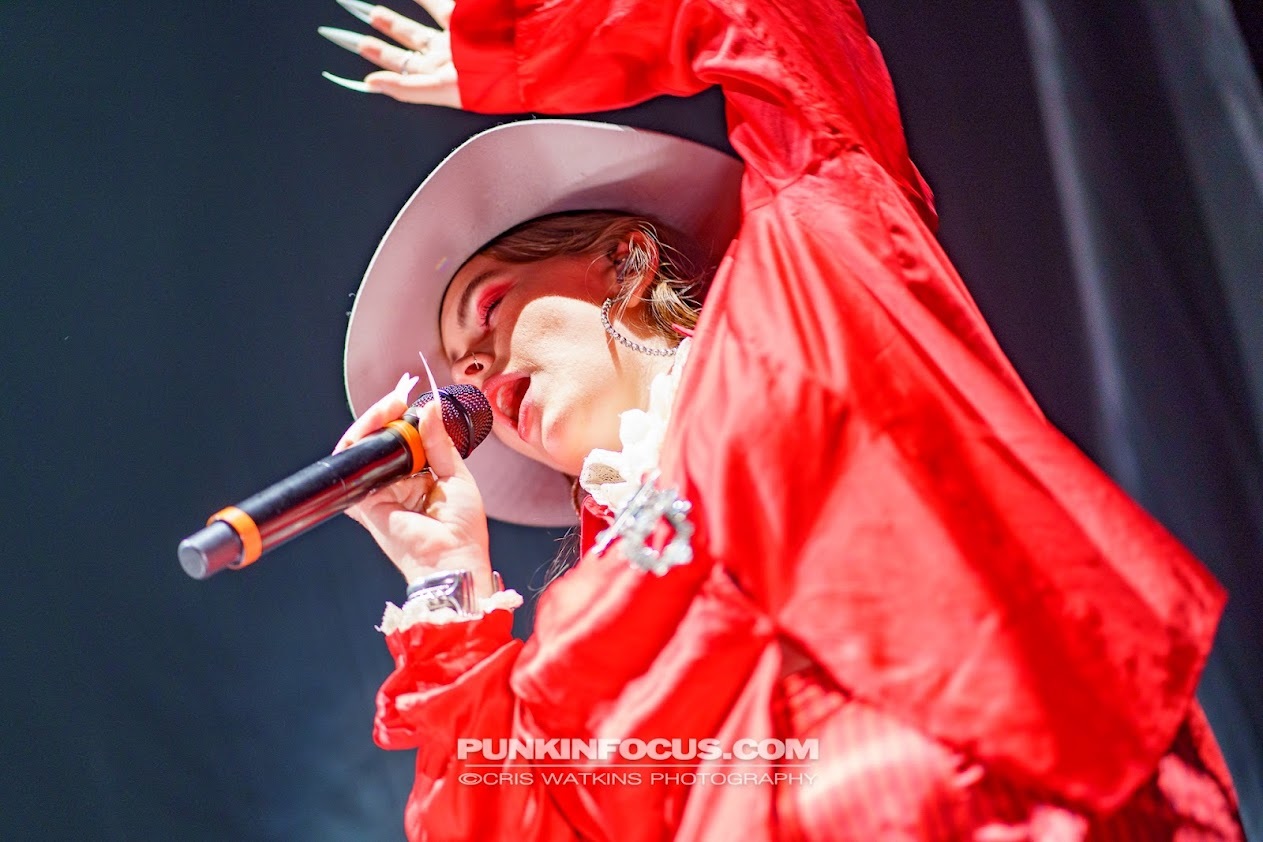 Despite not being the type of music I usually listen to, I’d definitely see CHINCHILLA again and I hope she announces a tour soon. I thoroughly recommend listening to her music on streaming platforms. Her wonderful supporting musicians were Ze U’Chong on keys, Rob Bensusan on bass, and Matt Sanderson on drums! 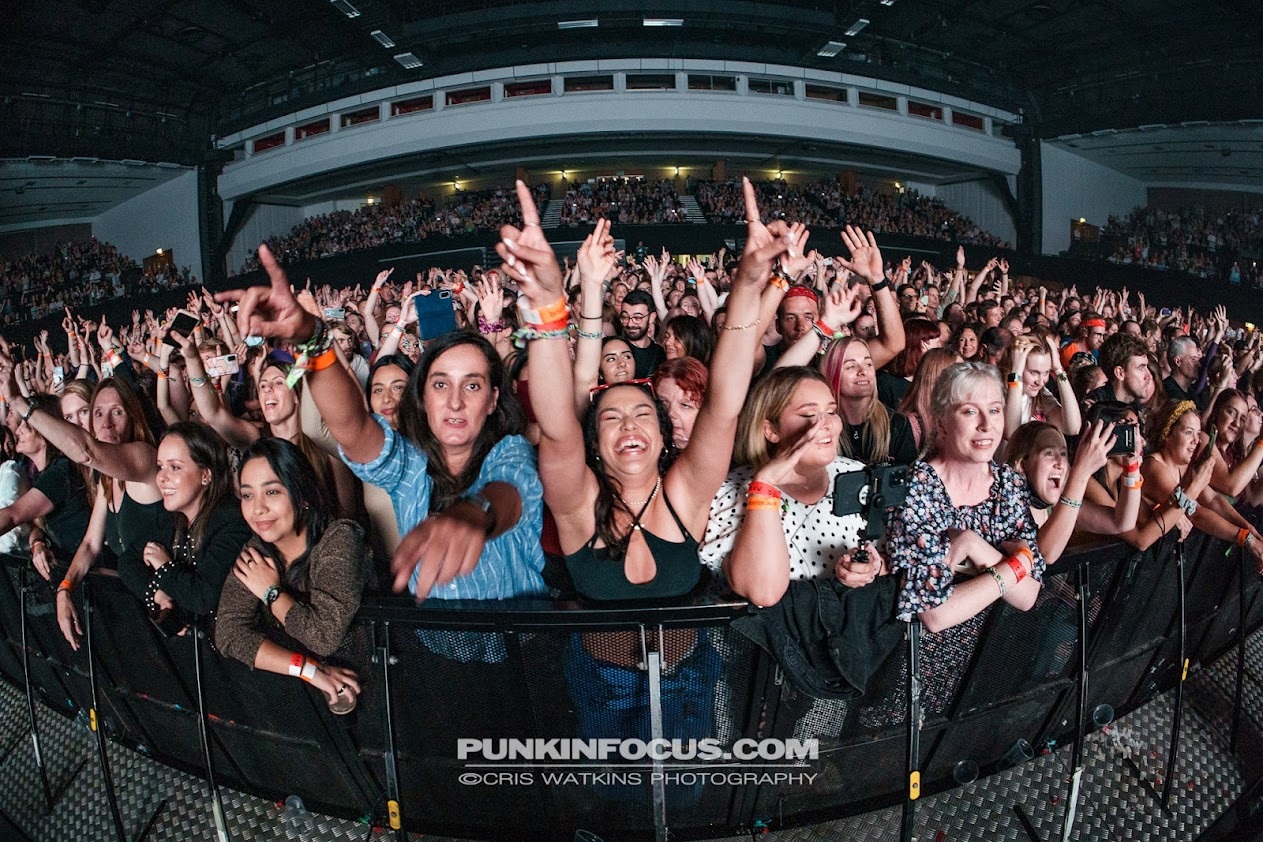 After CHINCHILLA it was time for McFly to take the stage. McFly consists of Tom Fletcher, Danny Jones, Dougie Poynter, and Harry Judd. Formed in 2003, the band released hit after hit, rising to fame after going on tour with popular boy band Busted. Their debut album ‘Room On The 3rd Floor’ is a double platinum record. 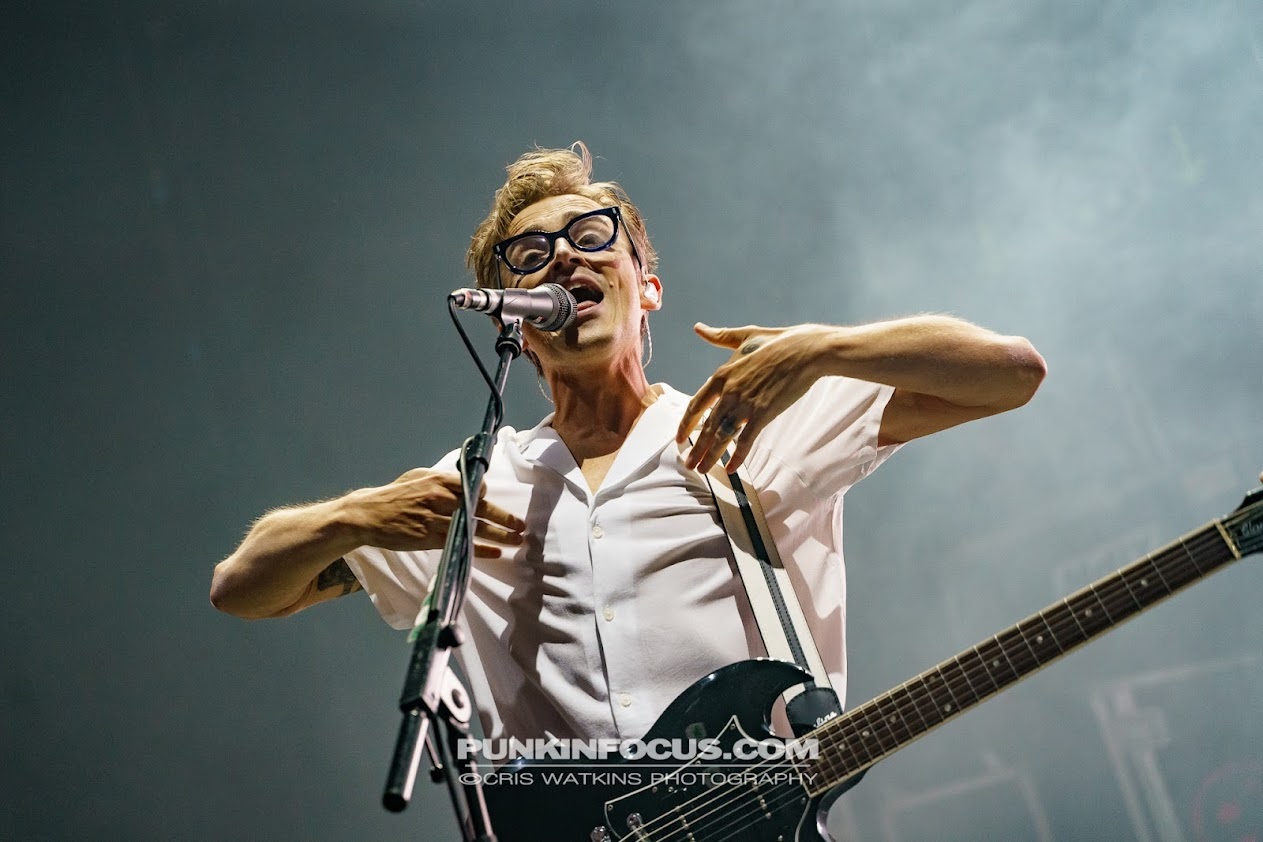 Their second album ‘Wonderland’ also reached number one in the UK charts after release. Their third album ‘Motion In The Ocean’, fourth album ‘Radio Active’, and fifth album ‘Above The Noise’ were all appreciated by McFly fans. In 2013 McFly joined Busted on tour as ‘McBusted.’ After a four-year hiatus, McFly came back in 2019 and released their album ‘Young Dumb Thrills’ in 2020. 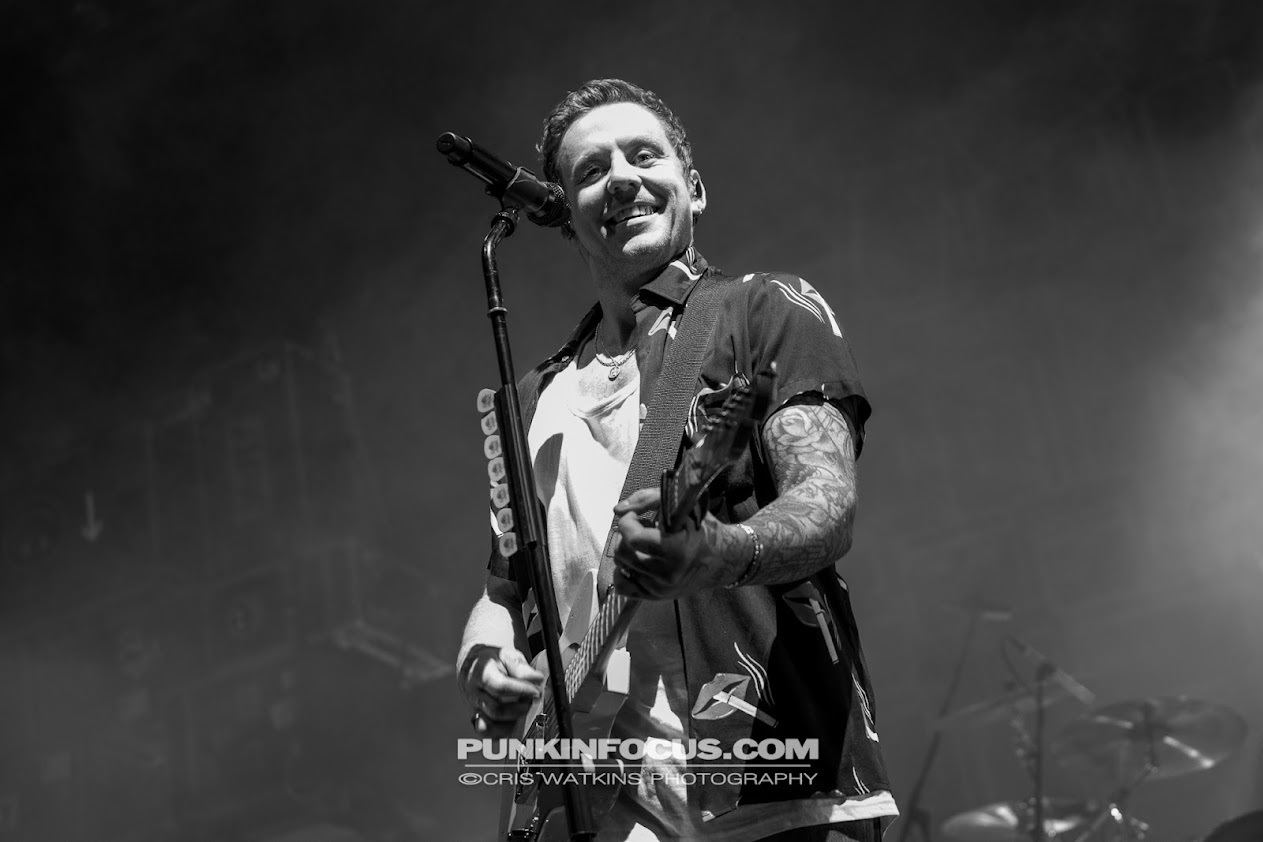 McFly are talented performers and the energy they bought was enchanting. The banter between the boys really made the night something special; I felt as if I were a part of the concert. The perfect mix of old and new songs created the perfect atmosphere for fans of all ages.

When the lights went down a pink bear appeared on the big screens and pressed a button to start playing ‘YMCA’ which made the crowd giggle. The boys entered the stage in an explosion of light and kicked off the set with ‘Star Girl’ which is one of my personal favourite songs. The boys lit up the stage with Tom and Dougie dancing around playing their electric guitars. With moves like that, I’m looking forward to seeing Tom on Strictly Come Dancing this year! 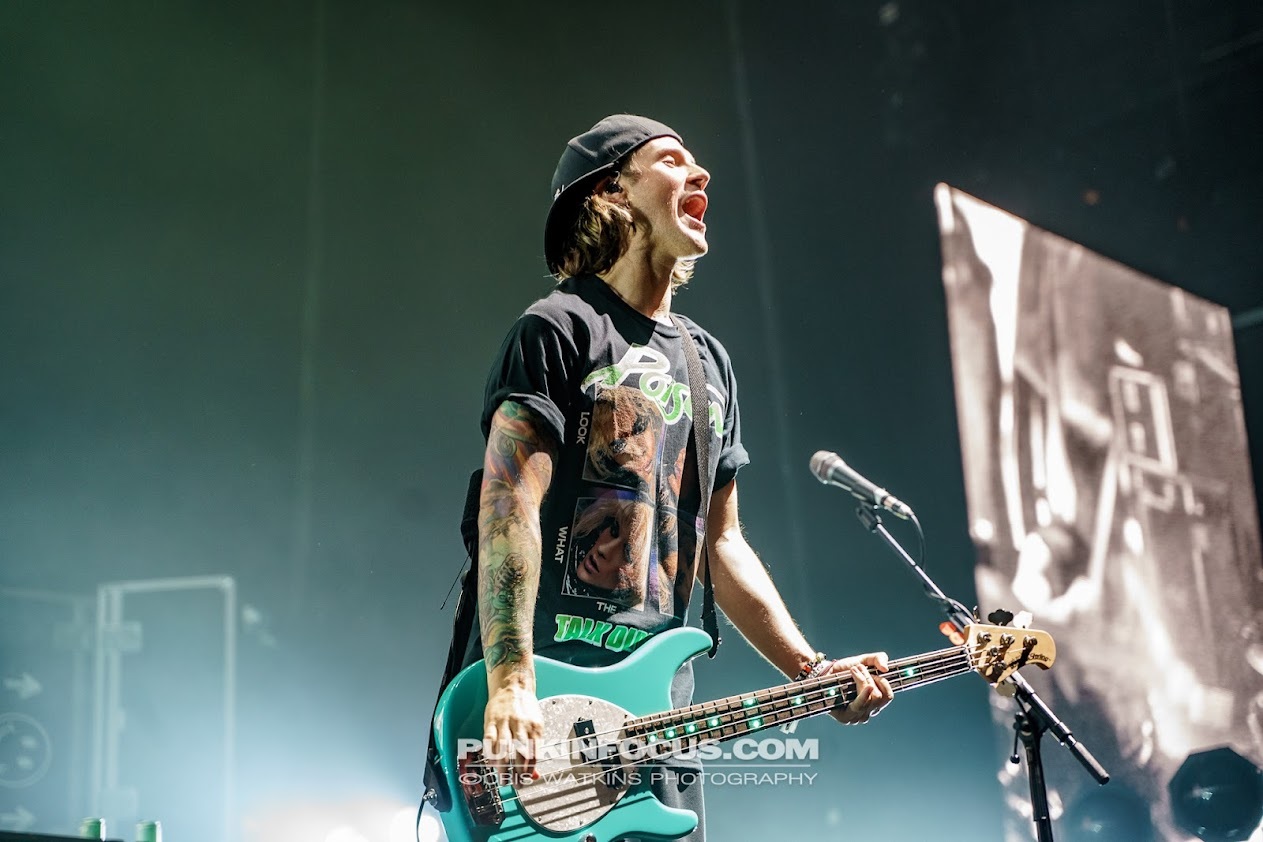 The staging and lighting during the performance captured my attention. You could really feel the heat from the pyrotechnics and the boys admitted that they were feeling sweaty and that all that fire is going to singe their eyebrows off. They decided that with warm weather like this, next concert they’ll use ice instead of fire! 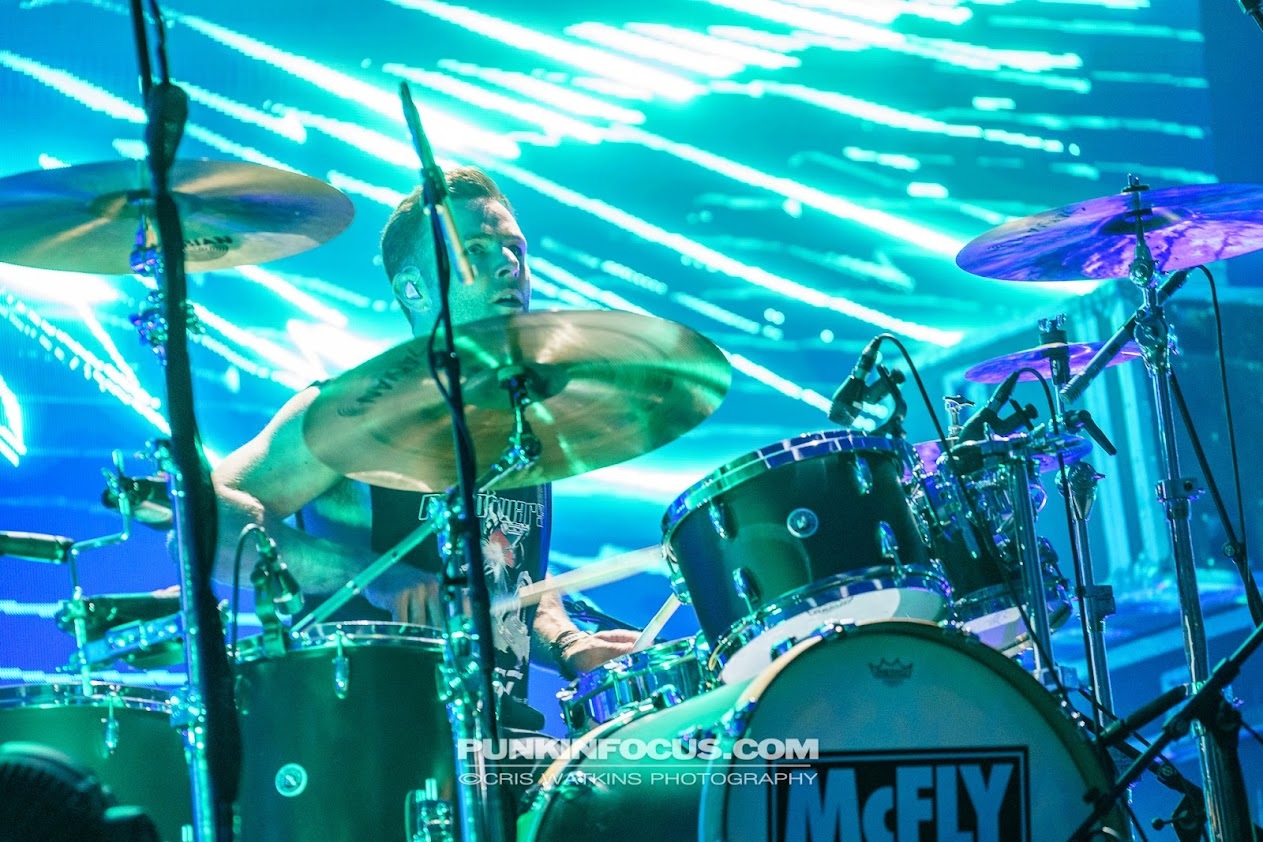 One of my favourite staging moments was the presence of a huge teddy bear operated by the backstage crew to move its arms rhythmically and shoot lasers. During ‘Broccoli’ the screens behind the boys had singing broccolis which made me laugh. It was so creative and out of the ordinary, and it’s that kind of creativity which made the show so special. 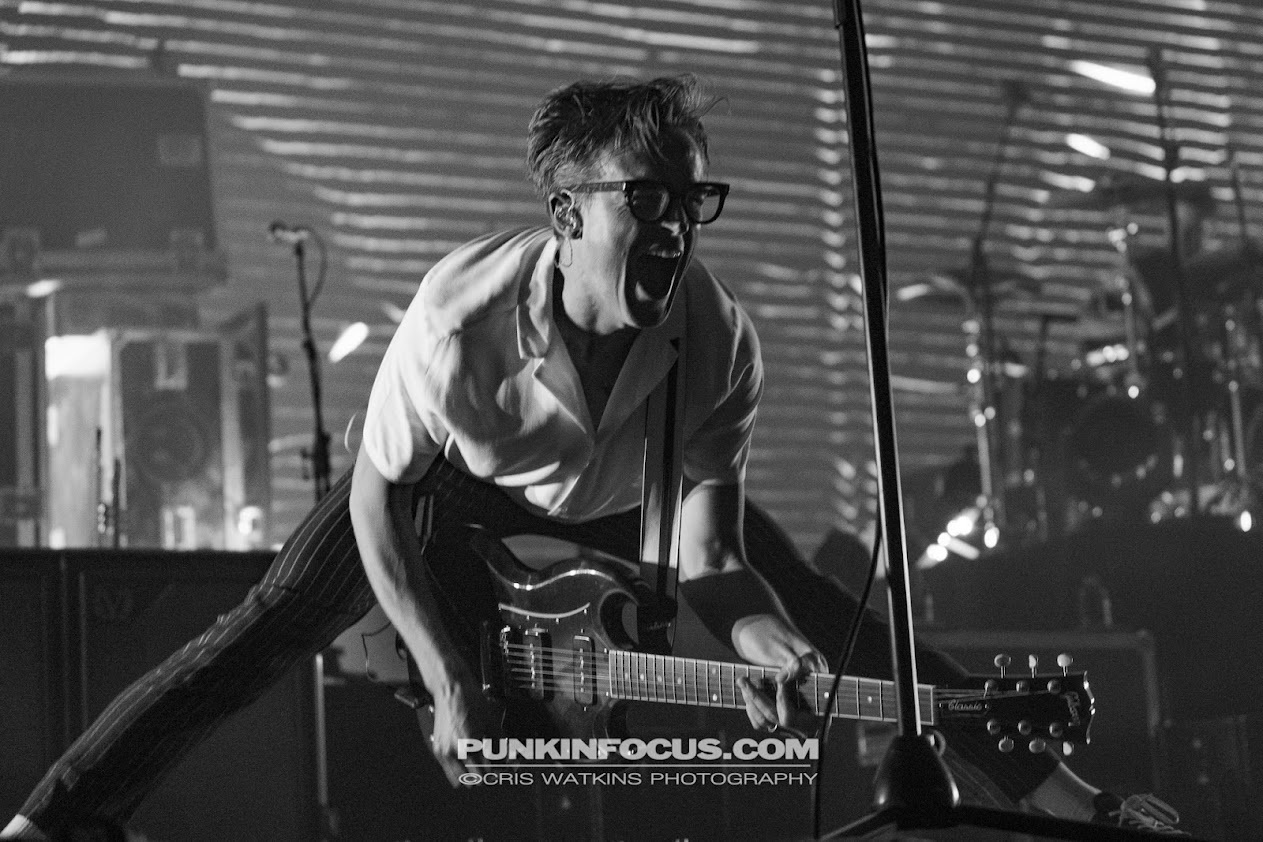 In the words of Danny, Tom “got his little pink one out” to play their only ukulele based song ‘Love Is Easy.’ The set during the song was perfect; the blue skies and birds captured the feeling of perfect love. I’m an even bigger fan of this song now. It’s a real crowd pleaser and created a beautiful feeling of unity amongst the audience. 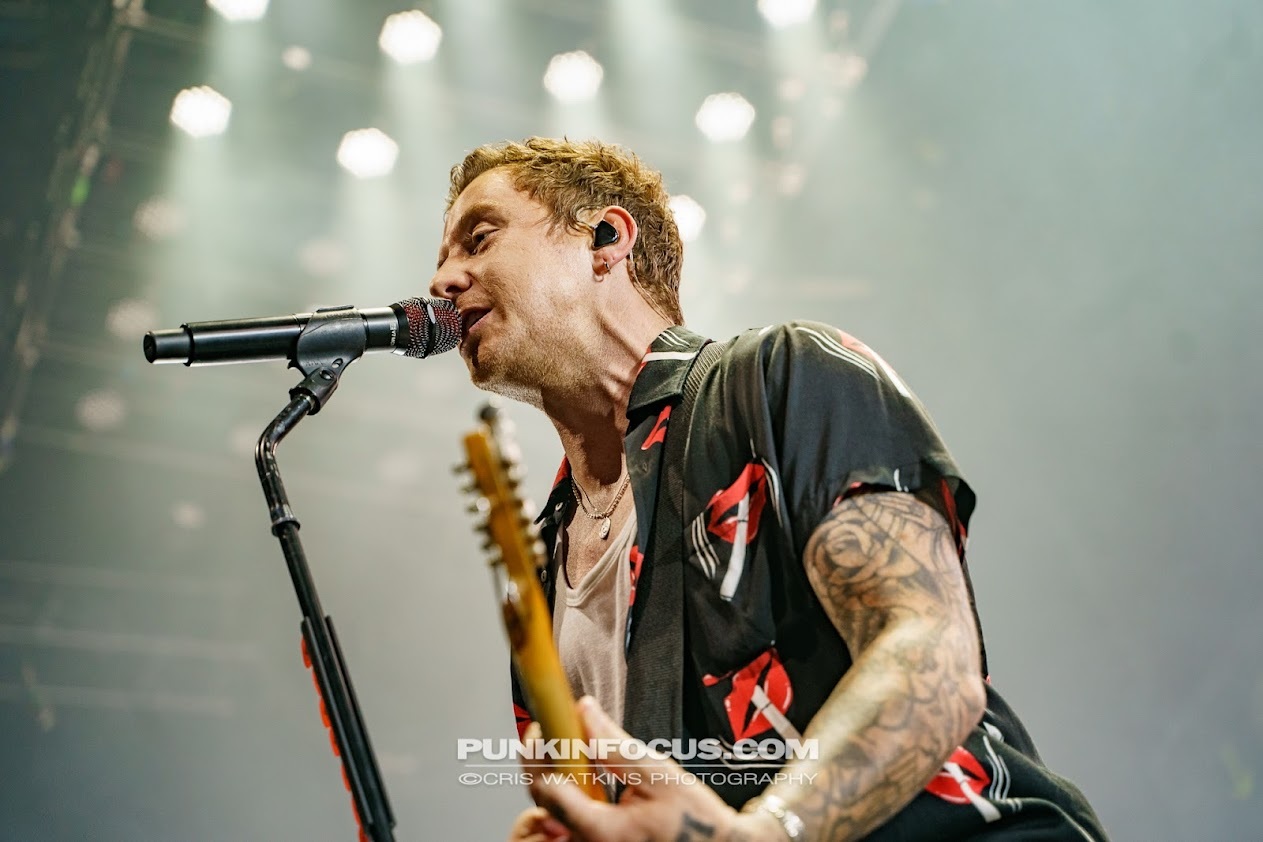 The set moved to two acoustic songs with Tom and Danny alone, Danny saying that now “the least favourite two go off for a few songs.” It made everyone laugh, but I’m sure the whole audience agreed that all of the boys are wonderful! Danny was exhausted after the high intensity performance of ‘Red’ and admitted that they should have put a break between ‘Red’ and their acoustic songs. Tom chatted to the audience whilst Danny caught his breath. It was a lovely moment because the boys are hilarious and charismatic people; I could listen to them talk all day! Once Danny was ready to go, they played ‘Happiness’ and ‘Another Song About Love.’ Both songs are beautiful and it was a nice tone change; it gave the audience a chance to cool off after all the intense dancing we were doing. 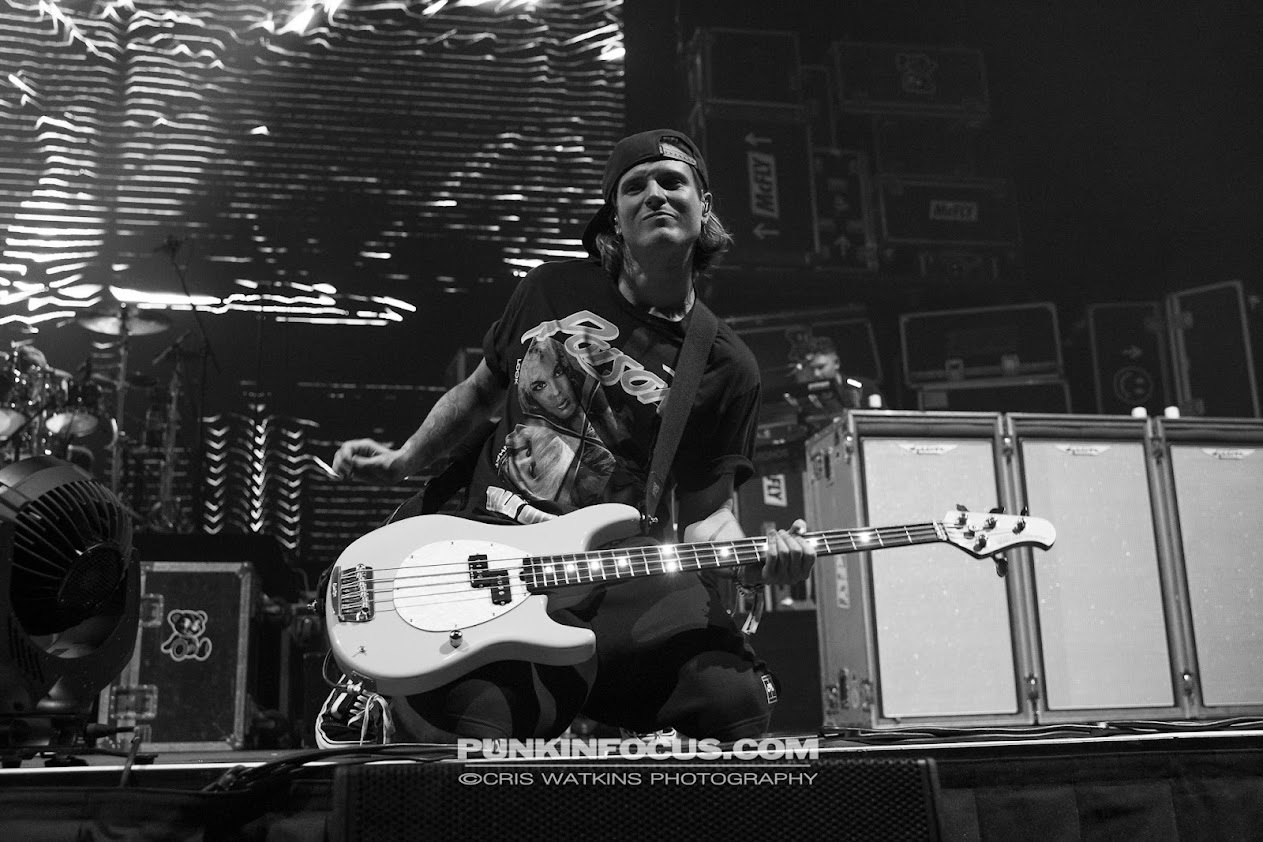 The encore featured one of my favourite songs ‘Five Colours In Her Hair.’ Unfortunately, I only have three colours in my hair, but that didn’t stop me from whipping it around whilst jumping and dancing. The balcony and floor all went wild; the people in the balcony stood up to dance with each other. The boys told us to jump and the whole balcony was jumping like mad. The excitement all around created such a buzz and our singing bordered on the edge of screaming. I was so caught up in the moment, it was an incredible feeling to hear one of my childhood favourite songs live. 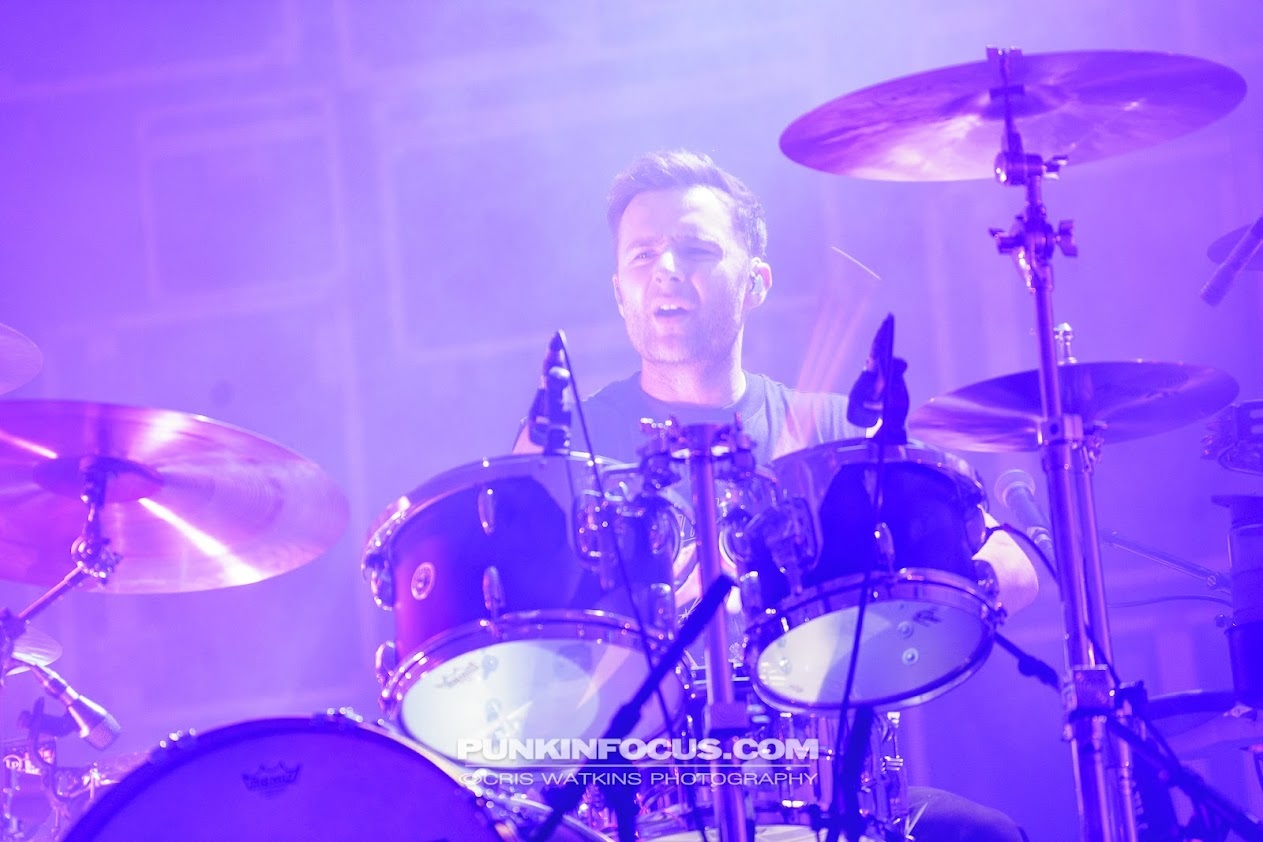 The boys took a bow at the end of ‘Five Colours In Her Hair’ and I was confused because I didn’t remember them playing ‘All About You’ which I’d expected them to play. I started second guessing myself and wondering whether they’d already played it and somehow I’d forgotten. Or perhaps they weren’t going to play it at all. My confusion was quickly dispelled when the boys asked if we wanted one more song.

I wanted them to do even more songs—a super concert with their entire discography is my dream! I was over the moon to hear the intro to ‘All About You.’ It was the perfect song to end with: holding hands, singing, and swaying—what a beautiful way to end a spectacular night. 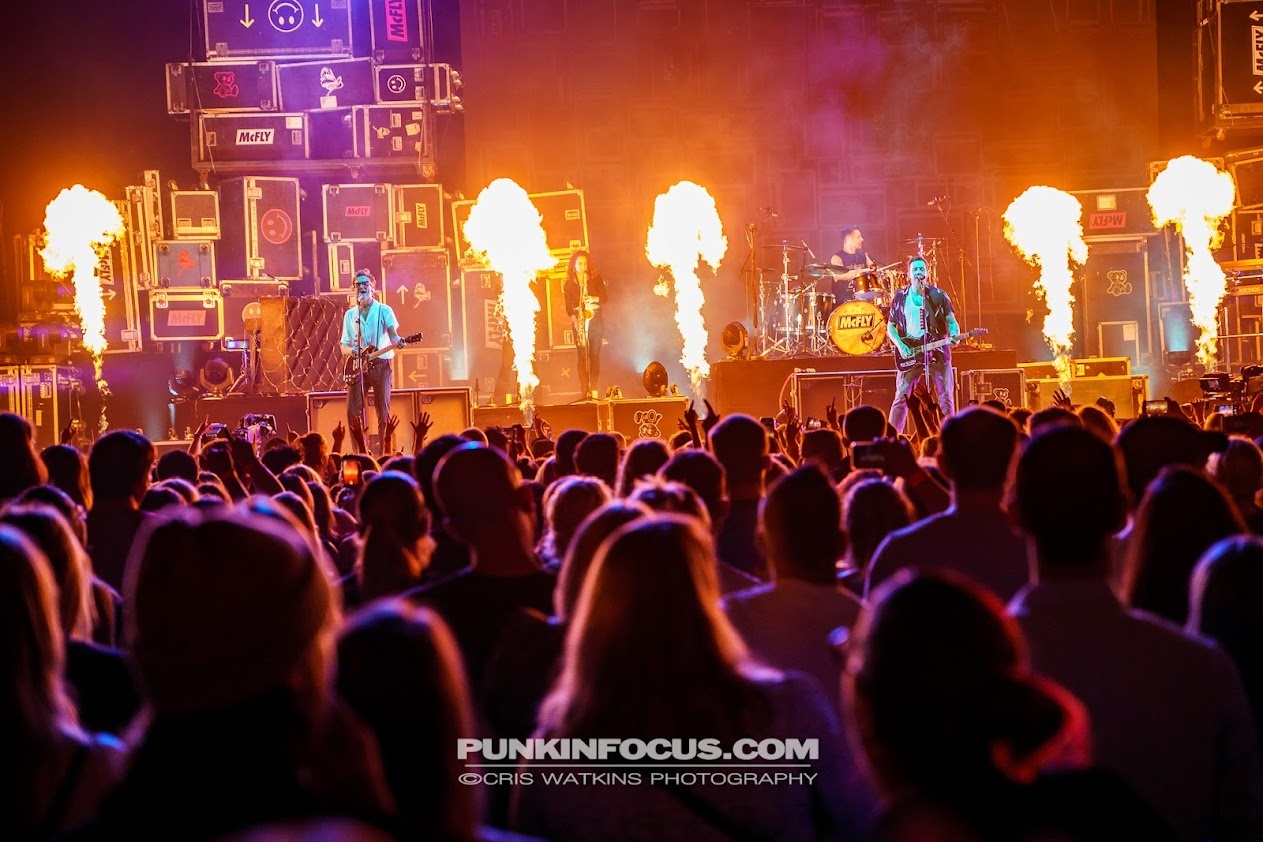 McFly setlist:
‘Star Girl’
‘One For The Radio’
‘I’ll Be Okay’
‘Lies’
‘Obviously’
‘Love Is Easy’
‘Wild And Young’
‘Red’
‘Happiness’
‘Another Song About Love’
‘Growing Up’
‘Room On The 3rd Floor’
‘Broccoli’
‘Dragon Ball’
‘Shine A Light’
(encore)
‘The Heart Never Lies’
‘Five Colours In Her Hair’
‘All About You’ 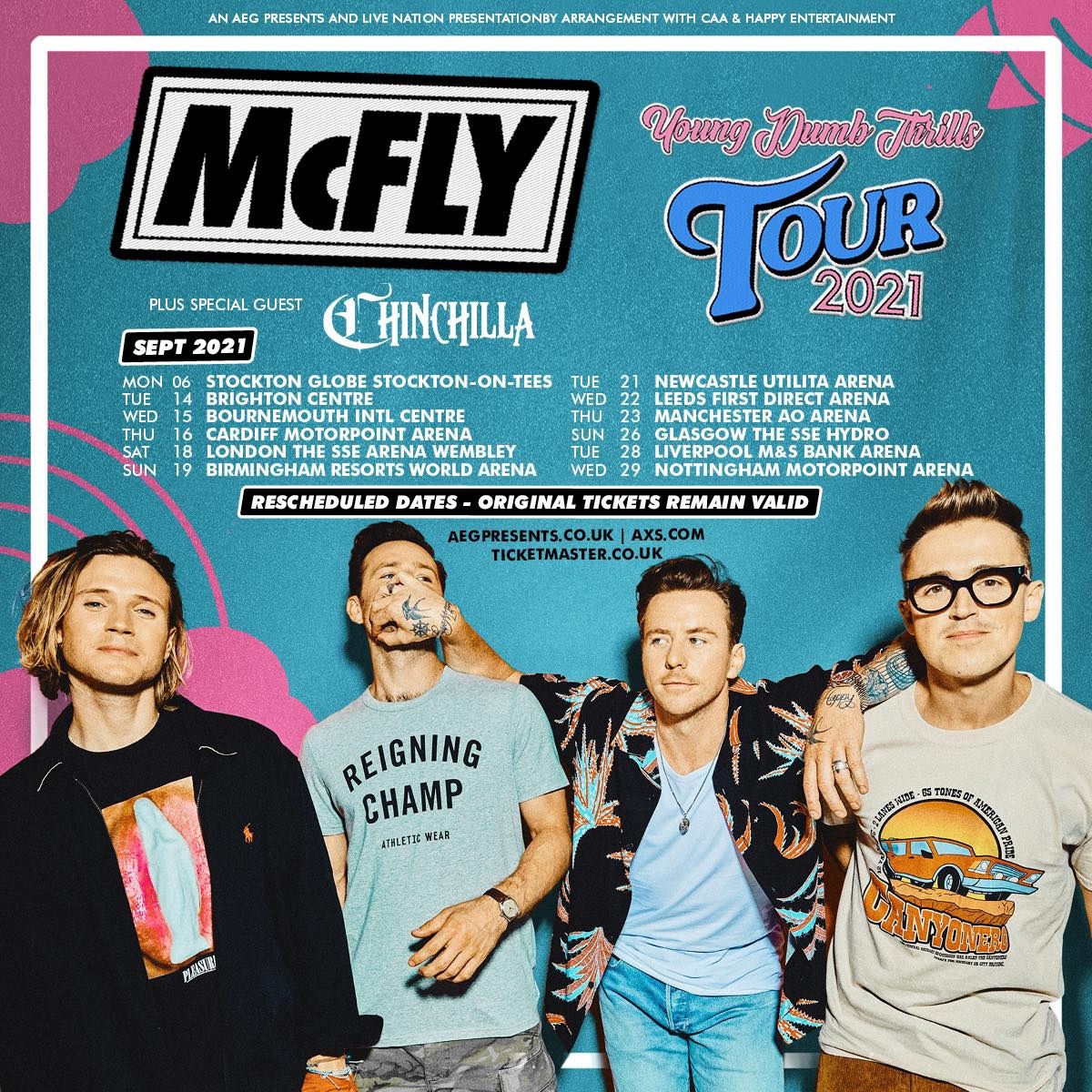