Brighton and Hove’s most senior police officer is retiring after a 28-year career which included a spell as the head of major crime for Surrey and Sussex.

Chief Superintendent Nick May, 55, has been the divisional commander for Brighton and Hove for the past two years and steps down formally at the end of this month.

As he came to the end of his time in the job, he spent a few days interviewing some of those hoping to start their career. The calibre, he said, was impressive.

He is not one of those who harks back to the good old days – nor does he seem blind to ways in which things could be better.

He would still recommend joining the police to anyone starting out today and he points to the many extra demands and the pressure to be ever more professional.

“Working for the police can be a dangerous and unpredictable job,” he said recently, “and every day our brave officers and staff work hard, often in difficult and challenging circumstances, to keep people safe.”

Chief Superintendent May said that the only thing that he had planned for his retirement was “to go to Lisbon for a few days”.

Before joining the police, he taught English abroad after studying history and politics at Liverpool University in the 1980s – when Liverpool was often in the news for the wrong reasons.

He said: “I taught English as a foreign language in South America for a year and Portugal for four years.”

While in Lisbon, he followed Benfica during former England manager Sven-Goran Eriksson’s second spell in charge there.

Chief Superintendent May’s interest in sport may even have influenced his decision to join Sussex Police in 1993.

He was born in Cuckfield and grew up in Farnham, Surrey, where his father was a GP after a spell spent as a junior doctor in Sussex.

He said: “I’ve always followed Sussex Cricket and it was probably that link that persuaded me to join Sussex not Surrey.”

The club enjoyed some success in the one-day game in the 1970s and had a number of notable players such as Imran Khan, Tony Greig and John Snow. 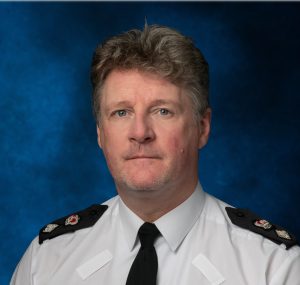 Chief Superintendent May said: “I was posted to Eastbourne and spent my first four years mainly uniformed, including one summer as a seafront beat officer.

“I must have walked hundreds of miles between the Martello Tower and the Holywell café.

“I became more interested in investigations and in 1997 I moved to Crawley.”

“I spent 13 years mostly at Crawley, with a bit at Horsham, pretty much all in detective roles – detective sergeant, detective inspector, deputy chief inspector,” he said.

“During all that time, I had one year on uniform patrol as a sergeant in Crawley. It’s when I look back at that period that I realise how much better licensed premises are run now than they were then.

“We have a tendency to have a halcyon view of the past but it wasn’t always as good as it is now.”

And in 2013 he was promoted to be head of major crime as a detective superintendent where he stayed until 2015. 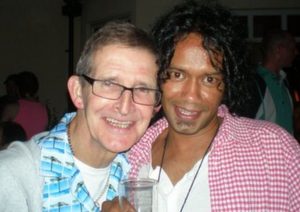 By this time, he was one of the most senior and experienced detectives in Sussex. He went back to Eastbourne for 18 months on East Sussex division as a detective superintendent.

He then moved to headquarters in Lewes as a chief superintendent where he served as head of crime and head of public protection.

“I was asked to be temporary assistant chief constable for 18 months until the late spring of 2019,” he said, “and in June 2019 I came to Brighton and Hove as divisional commander.

“Of all the jobs that I’ve done in the force, the one I’ve probably enjoyed most was a detective sergeant in the child protection team.”

He would not be the first retired senior Sussex Police officer to work in child protection if he found a role in that field in the future.

Spending 20 out of 28 years in detective roles, he was involved in some high-profile investigations such as the case of Michael Polding who was killed in Kemp Town by male prostitute Ricardo Pisano.

The jury cleared Pisano of murder, instead convicting him of manslaughter. The judge Michael Lawson jailed him for eighteen and a half years.

“There was a case out at Robertsbridge,” Chief Superintendent May said. “Julian Gardner, a farmer, was run down, killed by burglars stealing farm equipment.

“In pure policing terms, that was the most satisfying case because we had nothing – just a body and a few tyre tracks.”

After a long investigation, four men were jailed for 36 years.

Chief Superintendent May oversaw the investigation of the brutal murder of Valerie Graves in Bosham and was an adviser to the team who brought Babes in the Wood murderer Russell Bishop to justice.

Bishop killed nine-year-old best friends Karen Hadaway and Nicola Fellows in Wild Park, in Moulsecoomb, in 1986 but was sensationally cleared by a jury a year later.

He attacked another girl in 1990. Miraculously she survived and Bishop was jailed for life.

But it took until 2018 until Bishop was finally convicted of murdering Karen and Nicola. His girlfriend Jennie Johnson, whose lies helped him at his 1987 trial, was jailed for perjury this year.

Chief Superintendent May said: “These cases are always, always, always worth pursuing. Things went wrong. That’s obvious. But, first of all, it’s important to keep those cases in sight. And that did happen in Sussex.”

We always kept it under review, he said, and “having met family members and seeing just how devastating those cases are” it was crucial to keep looking and looking again. 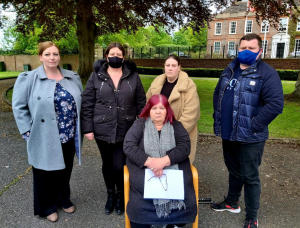 Murderers wreak devastation well beyond those they kill. Chief Superintendent May said: “They wreck people’s lives. Their lives are devastated and will never ever be the same.”

The death of Connor Saunders was a case in point, he said. The 19-year-old died after being punched by a boy of 14 in a fight outside the Rottingdean branch of Tesco.

The police chief said that Connor’s death was “absolutely devastating” and he well remembers meeting his inspiring parents Darran and Shaun at their home in Woodingdean.

They took some comfort from knowing that Connor’s donated organs saved five other lives – and their charitable work in his memory has helped many learn others how to use life-saving defibrillators.

Chief Superintendent May said: “I’ve attended many deaths, some of which are suspicious and some are not.”

They “probably had less impact when I was younger” – but, with children of his own, he has become much more aware of the consequences for everyone involved.

His stint as a divisional commander draws to a close as the most challenging coronavirus pandemic measures, including lockdowns, appear to have been lifted for good.

He said: “I never in my career thought that we’d be policing health laws and how many people could congregate together.

“But the overall anxiety of the country has come out a little bit in some of the protests last summer and in the spring.

“The police as a visible representation of the state have – to coin a phrase – copped it a little bit. I don’t think that’s just about Brighton.

“We’re the ones who are there to stop widespread public disorder.” 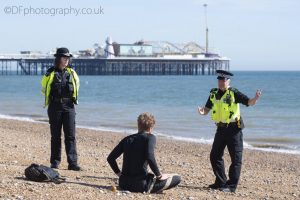 But trying to keep the peace – and how people and places are policed – has become headline news in itself in the past year or so.

Chief Superintendent May said: “We’re very proud of the way that we police protests in Brighton.”

It wasn’t just policing the lockdown and those who marched to object to the loss of civil liberties. He cited Black Lives Matter last year and the Kill the Bill protests this year.

“There were a small number of arrests,” he said. “They’ve always been well managed. The officers on the front line showed incredible patience and tolerance.”

Many officers demonstrated sensitivity and even humour in the face of challenging behaviour, some of which was hostile and intimidating and intended to provoke a response. 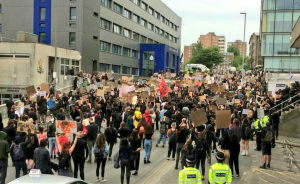 And so to his final few weeks as Brighton’s most senior officer.

He said: “I spent a couple of my last days doing recruitment interviews for new PCs. Usually my diary is too packed. I really enjoyed it. I think the calibre of people coming in is very good.

“If anyone asks me if I would recommend a career in the police, I would say yes – but go in with your eyes open.

“You will see things most people don’t see. You will not get an awful lot of thanks.

“Police officers do make mistakes but the vast and overwhelming majority of officers are decent, honest and hardworking public servants and I don’t always feel that that’s recognised.

“Police officers have thousands of interactions with members of the public every day and the vast majority will go well but some won’t.

“It’s much more complex and complicated for a frontline PC than it was in 1993.”

The public expect much more, he said, adding: “Some very inexperienced and brave young people are doing a dangerous job for us and I don’t always think they get the credit they deserve.

“Frontline PCs and DCs are often dealing with very complex crimes. For example, computer fraud – everything has got a technical element now. The expectation on officers now is very high.”

What will he do next? He said: “I don’t want to do anything where I’m on call. I don’t want to miss any more Christmases or birthdays or important events in family life.

“I don’t want to do anything when I’m woken up at 3am to tell me someone’s been kidnapped.

“I’m a volunteer guide at the Old Police Cells Museum at Brighton Town Hall and I plan to keep doing that.

“I’ve enjoyed my career. Within a provincial force, I’ve worked right the way across the force.

“When I joined in 1993, if someone had said I’d be a head of crime and a divisional commander, I would have bitten their hand off.

“And I would still recommend it as a career. I would just ask for a bit of understanding sometimes and a bit of context.”