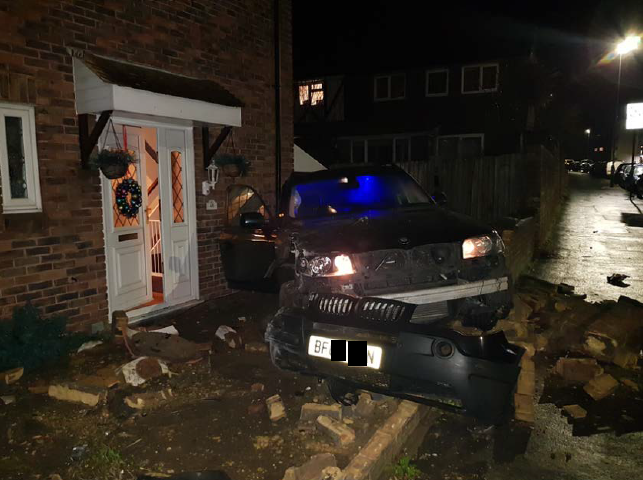 The aftermath of the crash in Whitehawk Road

A drink driver who fled police through Brighton at speeds of 80mph, eventually crashing into a row of terraced houses, has been warned he faces jail.

Aaron Taylor, 33, eventually lost control of his BMW when he accelerated away from an armed response unit in Whitehawk Road, Brighton, just before midnight on 11 December last year.

At Hove Crown Court on Friday, Judge Martin Huseyin warned him he was likely to end up in prison – but adjourned the hearing for psychiatric reports to be prepared. 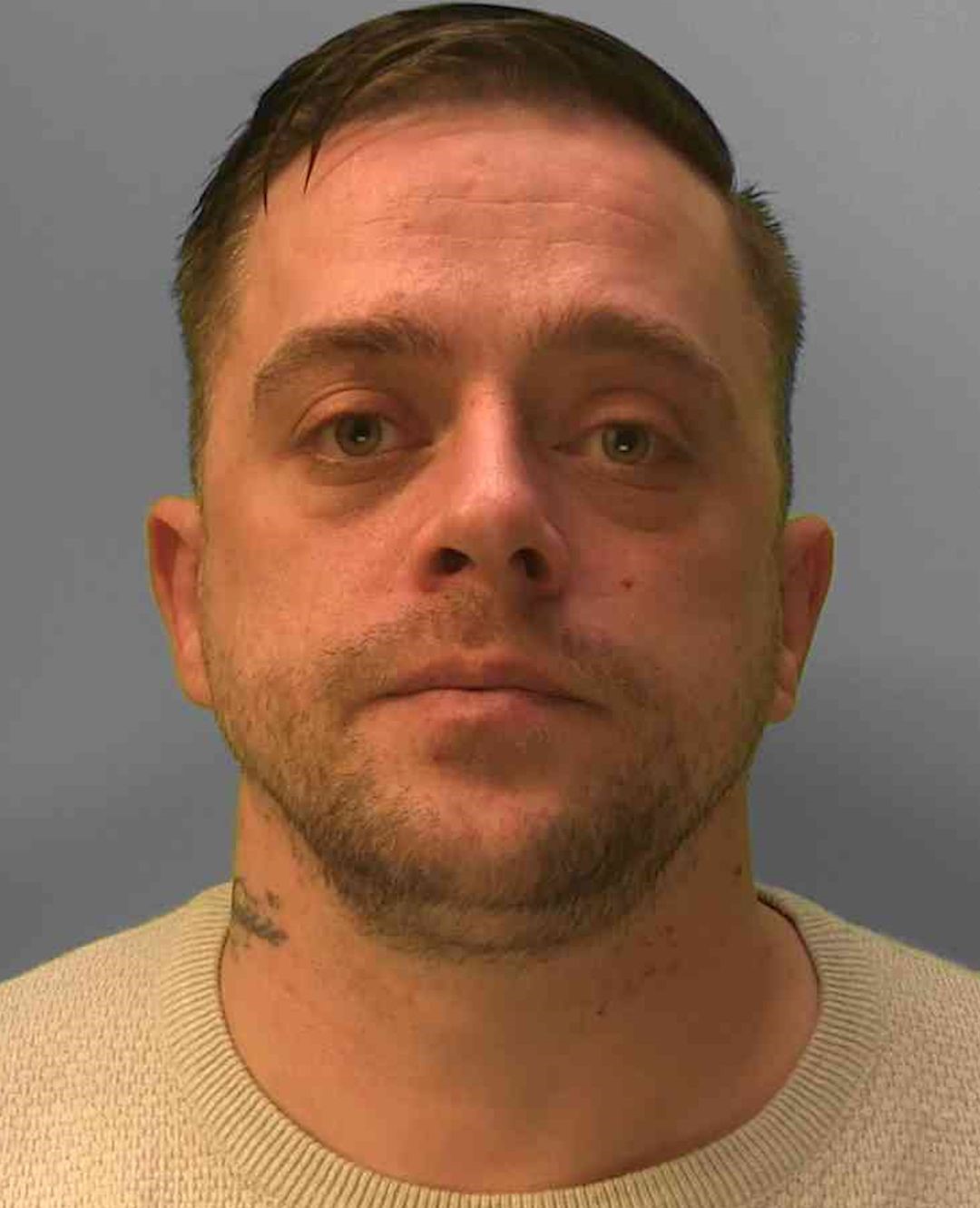 Prosecuting, James Oliviera-Agnew said: “Police were called by a member of the public concerned about a BMW seen in Brighton driving erratically. It was assumed that the driver could be drunk.

“The armed police response vehicle was called to the scene – it just happened to the nearest vehicle, there was no requirement for an armed response.

“It saw a speeding vehicle in Whitehawk Road and followed it. Its blue lights were activated and the BMW failed to stop.

“The BMW continued to fail to stop and in Whitehawk Road had dramatically sped up to the point where the driver lost control and the vehicle began to spin.

“It crashed into a row of terraced housing and caused quite extensive damage to garden walls of three properties.

“It came to a stop flush to the the front exterior wall of one of the houses.”

Taylor, who was then living in Swanborough Place, Whitehawk, but has since moved to Wellingborough in Northamptonshire, was taken to hospital.

There, blood samples were taken which showed he was more than twice over the limit.

On July 31, he pleaded guilty to driving dangerously and driving with excess alcohol at Brighton Magistrates Court.

Today, Judge Huseyin said: “The distress of the occupants having a car crash into their house rather makes the damage to their walls pale into insignificance.”

Mr Oliviera-Agnew said Taylor had two previous convictions for drink driving, the most recent of which led to a three year driving ban in 2016.

Defending, Mr Hall said this was the first case he had ever come across where a dangerous driver had stopped at a red light, waiting for it to turn green before speeding off.

Judge Huseyin said he had read in the files that Taylor is on strong medication, following a series of family bereavements ending with the tragic death of his brother in a workplace accident, but the reason for this was not clear.

He adjourned the sentencing for psychiatric reports, on the basis that these might make a suspended sentence more appropriate, but warned Taylor the likelihood is that a prison sentence will still follow.

Taylor has been released on bail, with the condition he attend any appointments organised by his solicitor.