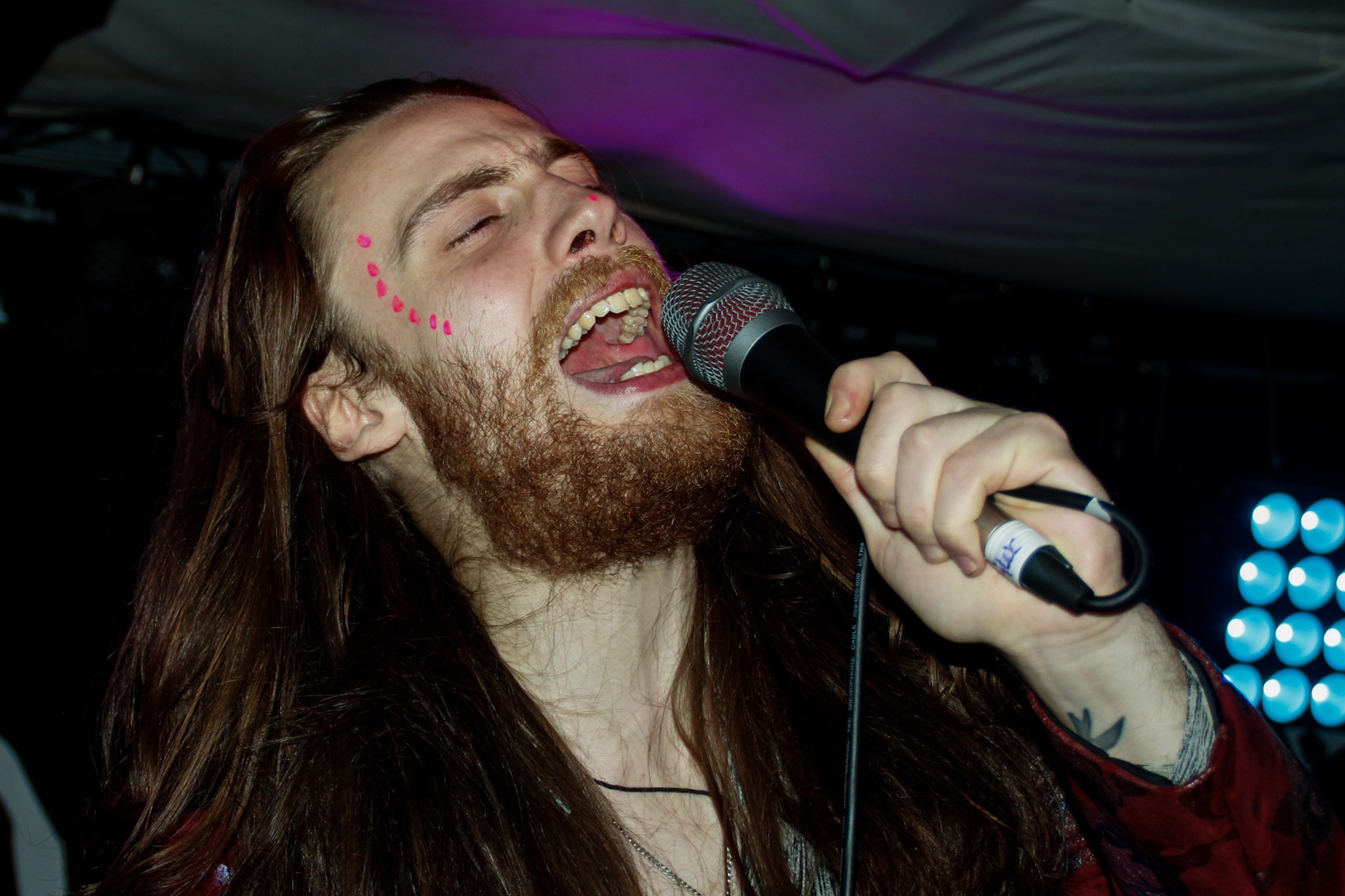 NativeSound hosted the rock power house Demure last night at The Hope and Ruin on Queens Road in Brighton. Alongside a surprise single announcement the Brighton based 5 piece blew the crowd away with intense guitar riffs and impressive vocals.

Opening the night was artist Oli Spleen who was joined on stage by a full band. Well known around Brighton for his charismatic stage performance and dramatic dance moves, Spleen blurred the lines between multiple genres of rock and even musical theatre inspired energy. Spleen offered us deeply confessional lyrics that were set to their uniquely eclectic and visceral sound that encompasses queercore punk, disco, cabaret, goth, psych, metal, and chanson. Check out their self titled album from last year on their Bandcamp page HERE. 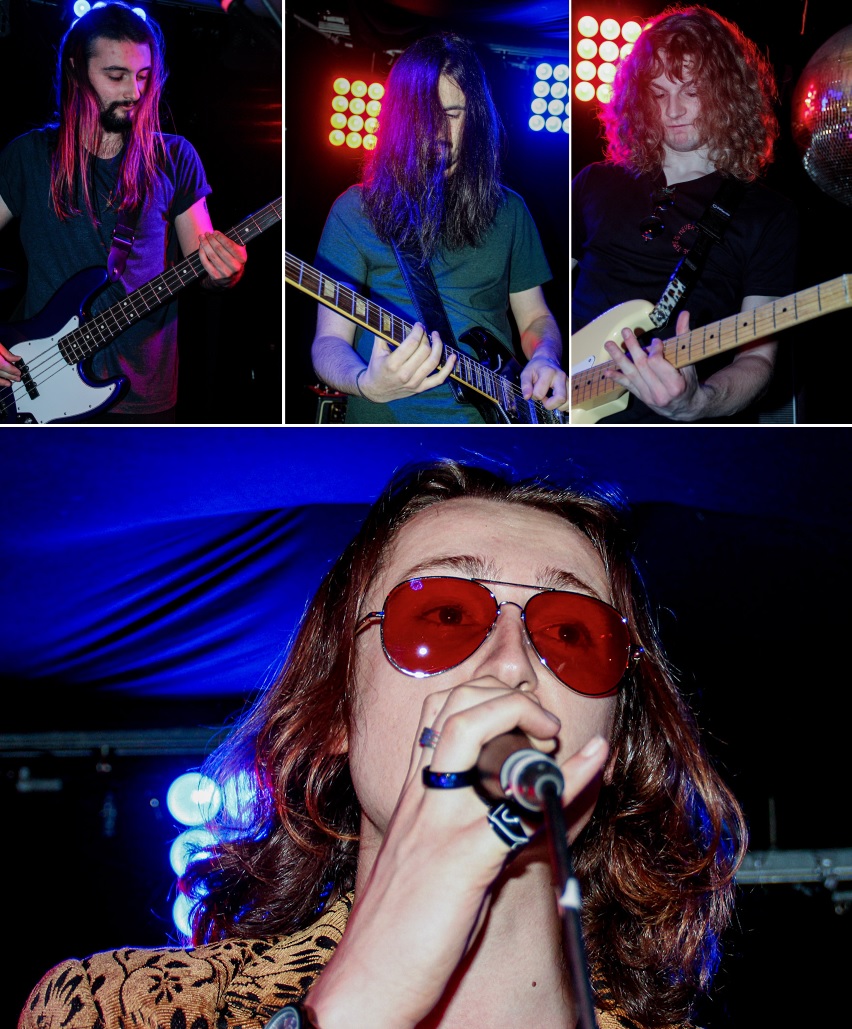 Next to The Hope & Ruin stage were blues rock band Electric Milk, who are a five-piece rock band based in Hampshire. They were last in Brighton when they played a headline show at The Pipeline back in August. The guys were fresh out of recording their album at Abbey Road Studios. The band created an electric atmosphere that quickly had the room filling up with eager fans. Frontman Callum Hornby’s fresh energy paired with band mates Will Reigate and Jack Guys blues guitars, creates a huge sound leaving the crowd screaming for more after their short 30 minute set. If you missed them, catch Electric Milk on the 29th October at The 1865 in Southampton. Check out their Instagram page HERE. 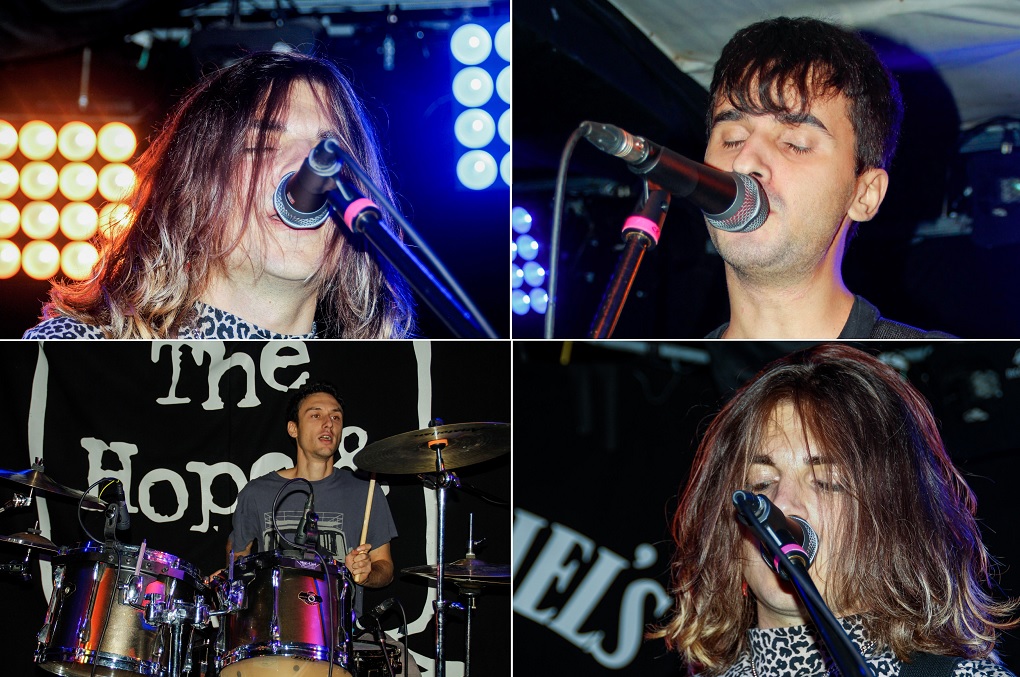 Next, were the Italian trio known as The Hiddn who are now based in Brighton. Their previous local concert was at Shortt’s Bar in St. James’s Street back in August, when they shared the stage with Dirt Royal. The Hiddn consist of vocalist Stevoo, drummer Luke and bassist Matt. They made a massive sound for only 3 members. Their strong fashion sense to match the strong sound had the crowd loving every second and fully warmed up for the final act. Find out more by visiting their website www.thehiddn.net

Finally, Brighton based hard rock band with experimental influences Demure came to the stage. They originally hail from across the Continent are well known for playing across Brighton. Singer Josh and guitarist Simone not only headlined the event, but put on the night with their new promotions company NativeSound On announcing the release of their second single, there was a huge sense of excitement in the room during their 45 minute set. 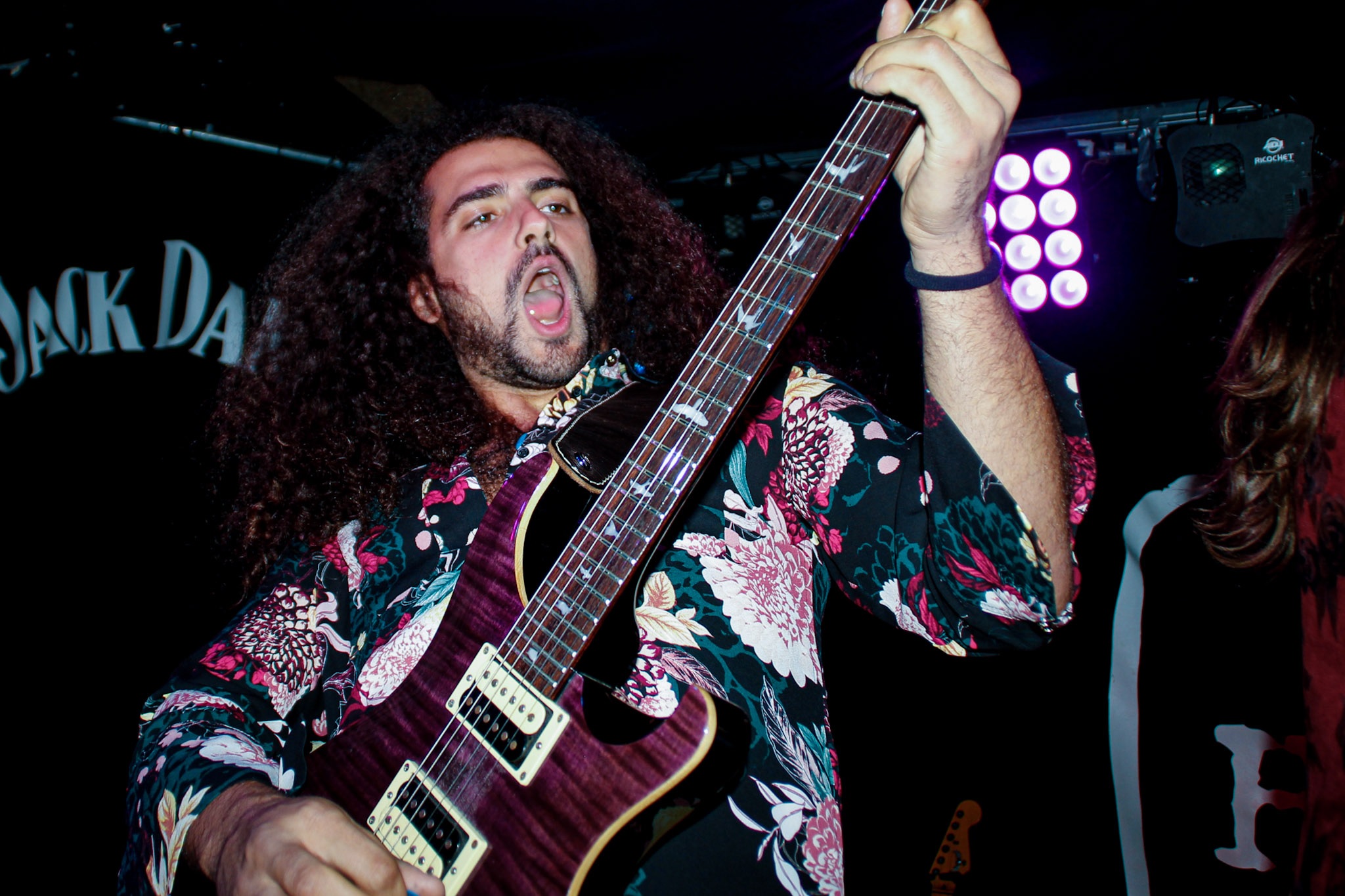 They ended with a crowd favourite and debut single ‘Bedroom Sickness’. Keep your eyes peeled for the release of a new single and many more gigs to come! Visit Demure’s ‘linktree’ HERE for more information on this exciting band. 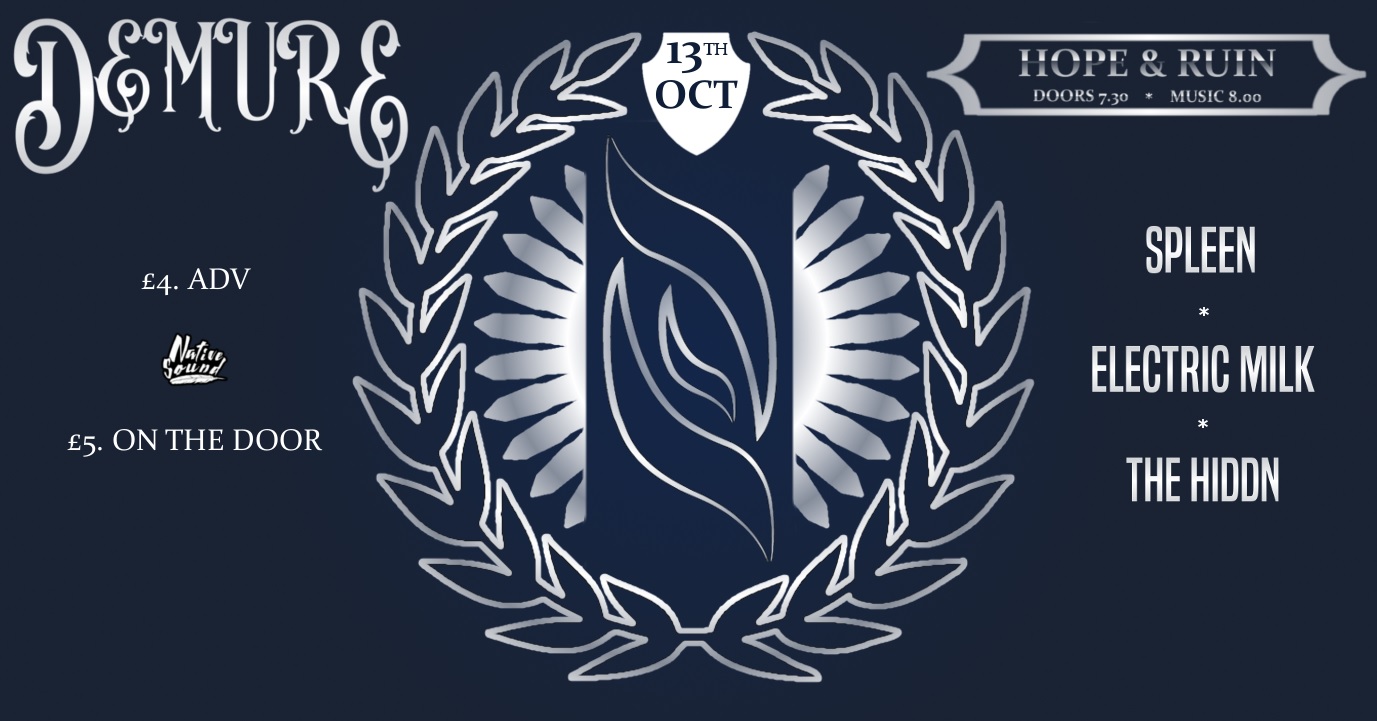