Public buildings will be lit up in orange if councillors agree to support a campaign called 16 Days of Action to End Violence Against Women and Girls. 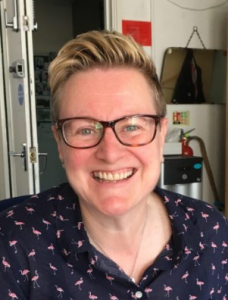 Green councillor Steph Powell has backing from Labour councillor Amanda Grimshaw and Conservative Dee Simson for her call for Brighton and Hove City Council to recommit to supporting 16 Days of Action from the end of next month.

The council is currently updating its strategy for tackling violence against women and girls which is due to go before the council’s Tourism, Equalities, Communities and Culture Committee meeting next month, which Councillor Powell co-chairs.

And in a motion due to go before the full council on Thursday (21 October), Councillor Powell plans to ask for annual support for the United Nations event along with lighting, the wearing of orange ribbons and appropriate events and displays in public buildings.

She also wants to secure a meeting with Sussex police and crime commissioner Katy Bourne, the council’s chief executive, leading councillors and partners to discuss the strategy and to “urge strong actions on hate crime and misogyny”.

Several police forces across Britain have introduced policies to include misogyny as a “hate crime”, recording separately crimes motivated by hate towards women.

However, in his speech to the Conservative Party Conference on Wednesday 5 October, Prime Minister Boris Johnson ruled out treating misogyny in itself as a hate crime, saying that it would “overload the police and justice system”.

In her motion on Thursday, Councillor Powell “acknowledges the work being done with council teams, voluntary groups, schools and other educational settings to address issues around healthy relationships, male privilege, toxic masculinity, hate crimes and consent, and vows to continue to do more and to challenge misogynistic attitudes”.

She highlighted a recent report by Her Majesty’s Inspectorate of Constabulary and Fire and Rescue Services commissioned by the Home Secretary Priti Patel.

The report identified the “epidemic” of violence against women and those who identify as women and girls.

The report found that there was a national failure to give the issue the priority that it deserved.

The council is due to meet at Brighton Town Hall at 4.30pm on Thursday (21 October). The meeting is scheduled for webcast on the council’s website.