David Amess, death threats and being accessible as an MP

I went back to my office in Parliament after an emotional day in the Commons on Monday. I’d sat and listened to the MPs who knew David Amess best talk about their friendship and his character. It was a lovely moment when the Prime Minister announced city status for Southend.

Then the main ceremonial doors to Parliament were opened and we all crossed the road for a beautiful service in St Margaret’s church, also known as “the Commons church”. Emotion rose the second I entered – the last time I was there was for a similar service for Jo Cox.

I’ve not had time to catch up on things in the office yet, but my team tell me that there’s been loads of extremely kind and touching messages from residents waiting for me, many expressing concern about my safety. Can I say a huge “thank you” for your kindness and generosity of spirit. It really does mean the world.

For several reasons I have never commented publicly about abuse, harassment or death threats. I’ve always known that there are many people in our community who experience fear going about their lives. Some fear for their lives within their own home. They don’t benefit from the additional security and access to senior police officers that I do.

I worry about appearing self-indulgent talking about “me” when I know this is happening to others. I also worry about putting people off going into politics or public service and I’d never want to do that because, despite everything, it’s an incredible privilege and more often than not unbelievably rewarding.

But our national debate has turned to the safety of MPs and those in the public eye so despite my apprehension I want to open up to you about this so you can understand the problem perhaps a little better.

In my experience the good that is shown by people every day in this job outweighs the bad by a gazillion to one. But sometimes the bad can be piercing. Extremely abusive messages, often using violent language, has been a pretty constant undercurrent to political life. But I’m very resilient and self-assured, so even this level of nastiness hasn’t really bothered me.

Things really worsened less than a year after I was first elected. Brexit became a reality and Jo was murdered and suddenly some of the people you disagreed with were questioning your love of country, your intelligence, or fitness for office simply because we disagreed. I was called a “quisling” so many times I eventually looked up what the word meant (unlike those saying it, I suspect).

From there, at times, things have got much worse. I won’t go into detail, but extremely violent threats, death threats and even threatening approaches to my extended family have become part of the job. Sometimes, if urgent, it triggers emergency action like being told by the police to stay somewhere safe until someone is apprehended or they can check my home is a safe place for me to return to. On one occasion a threat was so serious it necessitated an armed police escort for a period of time.

Sadly, this sort of thing is more common than you probably realise. Last week, the week David Amess was murdered, someone pleaded guilty to making a death threat against me and I settled it without the need for a court case (he’s accepted conditions, including a course that will confront him with the impact of his behaviour). There’s yet another case ongoing which probably will require court proceedings.

Despite all this, I’m never in any doubt that others get it a lot worse than I do. To the shame of our whole society, almost all of them are women. We talk about it, we support each other and their strength and resilience never fails to inspire me.

Sussex Police have been beyond amazing to me. They’re proactive, professional and extremely caring. They worry about my welfare as much as my friends do! There have been a couple of instances since I became your MP when their sharp insight, observation and swiftness undoubtedly saved me from, well, I shudder to think.

I have always worried more for those who work for me or spend time in my company than anything else. Too often it’s other innocent people who get caught up in these nightmares. They are always first in my thoughts when making decisions about security. 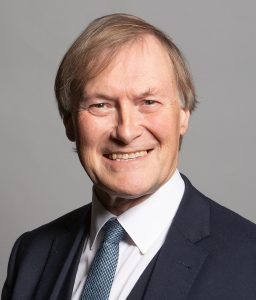 As you can imagine I’ve thought a lot about where all this hate is coming from. It’s complex. Yes, social media pays a big role. Algorithms intensify negative, emotionally charged messages. Anonymity empowers some people to act more aggressively. Dehumanising language has crept into debate across the political spectrum. Print media have printed photos of public figures and branded them “traitors”. And we’re in an era where populism on both the right and left has led to divisions that cut deep and give up on even trying to speak with respect or civility to those they disagree with.

And there’s something else. It’s clear that many of the people perpetrating death threats and hate are living in conditions of social isolation or with mental health challenges, sometimes both. Some are angry at the world for understandable reason and public figures become targets for their fury and social media and email makes them accessible. Worse still, some in this position are ripe for identification, befriending and radicalisation by ideologues. There will be other factors too.

It means solving this problem won’t be easy. It means this problem can’t be solved by giving MPs more security alone. We have to tackle the underlying issues in society which are certain to be connected in some ways to other challenges we’re facing too.

I want to reassure you that I’m not cavalier about my own safety and most definitely not so about those who work or volunteer for me. But being accessible, available and in touch with people across our community is an essential, non-negotiable part of the job for me. I fought hard to bring politics to our high street and every year have to fundraise to keep it there. I’d rather give up the job than put distance between you and I. 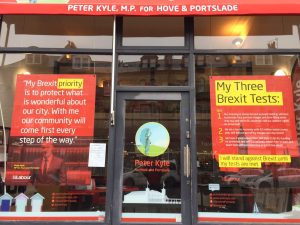 So in the coming weeks I’ll work hard to find a way though this that keeps your relationship with your MP just the way I know you like it, but also tackle the problems that drive hate and threats that have become such a horrid feature of life as a political figure.

I’ve said all I want to about this now. I won’t be speaking about it again unless there’s good cause. I hope – despite this post being about “me” – that you can see that I intend it to be about us all understanding better one of the challenges facing our politics and the forces at work in society right now.

Jo Cox was murdered by a right-wing terrorist. It’s possible that David Amess was murdered on ideological grounds too. But in general there’s something quite broken about our politics right now and I’m really grateful that you took the time to read this as it shows you care as much as I do about fixing it.

Please let me know your thoughts in the comments and don’t forget to be as careful with your language and respectful to others too! Thanks so much, Peter.