Brighton peer Baroness Jones of Moulsecoomb has renewed her criticism of water companies and the government as the Environment Bill returns to the House of Lords today (Tuesday 26 October). 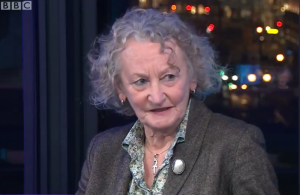 Green peer Jenny Jones and former pop singer Feargal Sharkey are among the key players in a social media campaign to stop raw sewage being dumped in rivers by water companies.

They back an amendment to the Environment Bill – known as the Wellington amendment – that would impose a duty on water companies to “take all reasonable steps to avoid using overflows”.

The amendment, tabled by the Duke of Wellington, was passed by the House of Lords last week but rejected by MPs in the House of Commons.

MPs who voted against the amendment became the subject of a high-profile and personal campaign on Twitter after the vote.

Critics of the amendment said that the measure was too vague, uncosted and would be financially crippling for water companies, customers and the public purse.

And until more of Britain’s Victorian sewer system is replaced, some fear that water companies would have to choose between breaking the proposed law or allowing raw sewage to back up into people’s homes and businesses.

But environmental campaigners were outraged that MPs voted against amending the bill to stop water companies using “storm” overflows to dump raw sewage in rivers.

The overflows are used not just during storms but after heavy rain and contain surface water run-off as well as sewage.

One group, Surfers Against Sewage, has also flagged up beaches which it said were polluted by discharges, including at Saltdean.

But the Conservative MP for Lewes, Maria Caulfield, a former Brighton councillor, hit back at the vitriol as well as the line of the argument.

She said: “None of us voted to discharge sewage into the sea and those of who have spread lies and misinformation should hang their heads in shame. Don’t ask why MPs get death threats if you have been part of this.”

This is the truth about how we voted on the environment bill. None of us voted to discharge sewage into the sea and those of who have spread lies and misinformation should hang their heads in shame. Don’t ask why MPs get death threats if you have been part of this today #toxic https://t.co/QhZ4vjfVUF

Baroness Jones spoke out again on television last night (Monday 25 October), telling the Newsnight programme on BBC2: “We’ve known about this for nearly 30 years and yet water companies still insist on paying out billions to shareholders and have not invested in the infrastructure to deal with this.”

And today she said that the government had listed the amendments for debate later in the day when fewer peers, especially older ones, were likely to be in the House of Lords.

DEFRA (the Department for Environment, Food and Rural Affairs) said: “The amount of sewage discharged by water companies into our rivers is unacceptable.

“We have made it crystal clear to water companies that they must significantly reduce sewage discharges from storm overflows as a priority.

“We have every confidence that the provisions in this bill will absolutely deliver progressive reductions in the harm caused by storm overflows – and any suggestion to the contrary is both disingenuous and untrue.”

Southern Water was far from being the worst offender last year, despite discharging sewage into rivers for 197,213 hours.

Out of 10 water companies, six were worse, with United Utilities discharging sewage into rivers for a total of 726,450 hours.

In 2020 water companies discharged raw sewage into rivers in England more than 400,000 times and for more than 3 million hours. These discharges have become routine because pollution is spectacularly profitable. The #EnvironmentBill needs teeth to end this behaviour. pic.twitter.com/wgsBfCmzwg

Southern Water said: “Southern Water is passionately committed to the environment and part of this is being fully transparent about how we operate.

“We’re leading the way within the water industry with pollution reporting.

“Across the Southern Water region, we’re investing £200 million a year for wastewater assets and environmental protection.”

At the end of the last century, the company spent more than £40 million building a new storm water storage tunnel under Brighton and Hove seafront.

And eight years ago, in October 2013, the company opened its waste water treatment plant at Lower Hoddern Farm, in Peacehaven.

The award-winning plant cost about £300 million and took more than four years to build.

I’m furious about this. We peers put in protection for chalk streams, rivers and our beaches to protect them from the dumping of raw #sewage. Did your MP vote to take out that protection? If so, tell them how you feel! https://t.co/IcTnbTT7m5

As the debate about the Duke of Wellington’s amendment to the Environment Bill continued to cause a stink, Mail Online quoted Southern Water as saying: “Across the country, sewer systems were built connected to surface water drains in order to protect homes from flooding.

“In heavy or intense rain, the Environment Agency permits waste water companies to release this rainfall in order to protect homes, schools and businesses from flooding and ensure customers can use their toilets, showers and washing machines as normal.

“As a service to recreational water users such as kayakers or windsurfers, we provide a near real-time Beachbuoy service which alerts them to when this storm water has filled storm tanks and – after screening – is being released through long sea outfalls around two miles out to sea.

“Some 98 per cent of our outfalls are now covered with sensors and telemetry.

“As waste water providers catch up with our industry-leading monitoring, public awareness of storm releases is growing and there are increasing calls for the highly regulated practice to end.

“We support these calls and have adopted a pioneering approach.

“While simply separating all sewers from surface drains would be a hugely expensive and disruptive process, we believe that a partnership approach is the best way forward.

“Regulation on sustainable drainage must be changed so rainwater separation is built in to all new construction. Investment in natural capital such as enhanced and expanded wetlands will be key.

“Between 2020 and 2025 we are investing almost £2 billion on waste water services and environmental protection. The challenge is immense.

“Climate change means we are seeing more and more intense rainstorms while population growth and development eats into greenfields which previously acted as soakaways for storm water.”

One of the Conservative MPs who voted in favour of the amendment and against the government last week was Huw Merriman, who represents Bexhill and Battle.

He said that “what was being proposed by the government wasn’t enough” – and he hoped that ministers would “be persuaded” that it was the right way to go. 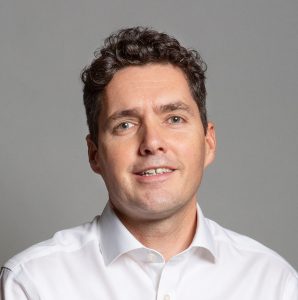 He added: “It does mean more investment. That may ultimately mean more expensive bills but we’re talking about decades of investment and it’s got to happen.”

But the Conservative MP for Henley, John Howell, said that it was necessary to be realistic given the age of sewer systems and the disruption to homes and businesses.

He said the accusation that he voted to allow water companies to pump raw sewage into rivers “is far from the truth”.

And he added: “It would be just as fair to say that Liberal Democrat and Labour MPs voted to pump raw sewage into your home, given that resolving the problem by their half-baked proposal of sewage discharges would require rebuilding the sewage system and could cost up to £600 billion and take many years.”