The storm felled one of the trees outside Hove Town Hall this morning (Sunday 31 October). 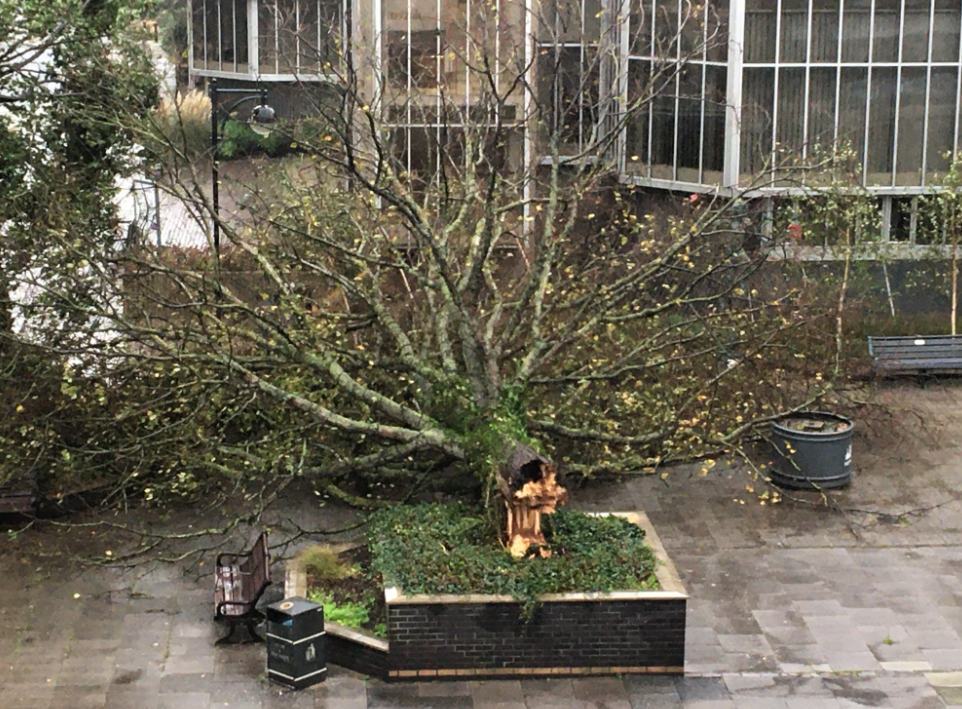 The mature elm came down at about 9am.

Labour councillor Gary Wilkinson, whose Central Hove ward includes the town hall, said that he was devastated by the news.

He said: “Local residents were shocked to wake to the sight this morning following strong winds overnight.

“The tree has been there for as long as I can remember and is well known to local residents in central Hove and visitors alike.

“It has regularly been lit up at Christmas in the past.

“This is another sad loss to the city and hopefully it can be replaced as soon as possible.

“We have lost a number of trees recently and it is yet another example of the need to plant more across the city to protect our tree population.

“Hopefully, nobody was injured and the obstructing tree can be attended to as soon as is possible.”

The tree is believed to have been planted in the 1970s about the time of the opening of the brutalist-style building by local architect John Wells-Thorpe.

Given its height, it may have been a mature tree already when it was planted outside the town hall.

Tree fellers were called to remove the fallen elm but were waiting for an electrician to disconnect the wiring that powered lights in the tree.

Hove Town Hall was built after the previous town hall building burnt down in 1966. 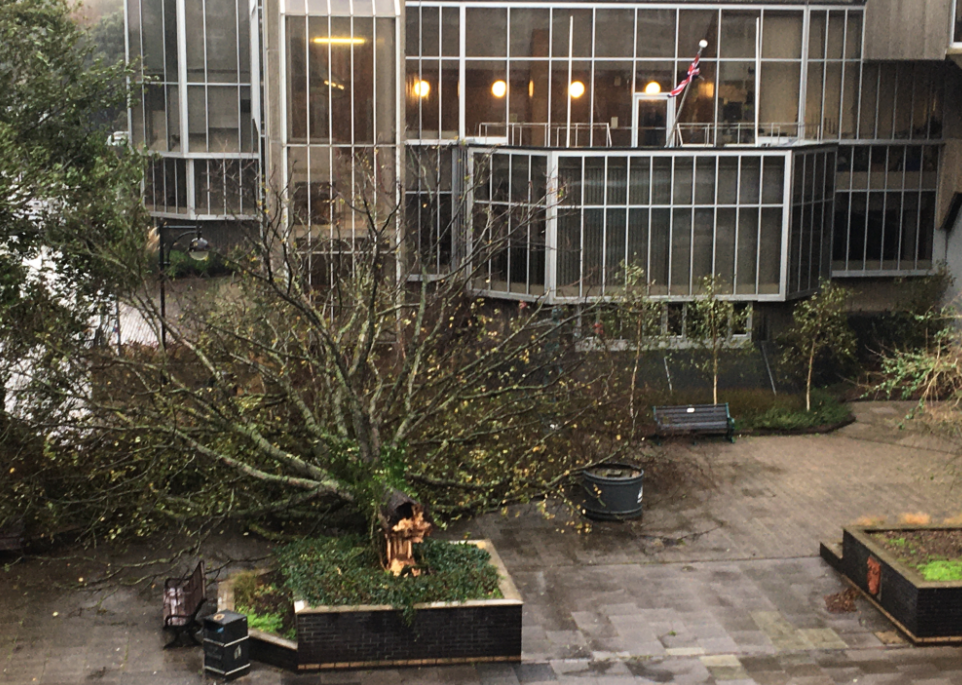 The original 1882 building was built by Alfred Waterhouse, who also designed the Metropole hotel on Brighton seafront, and used red brick, terracotta and Portland stone for the gothic style.