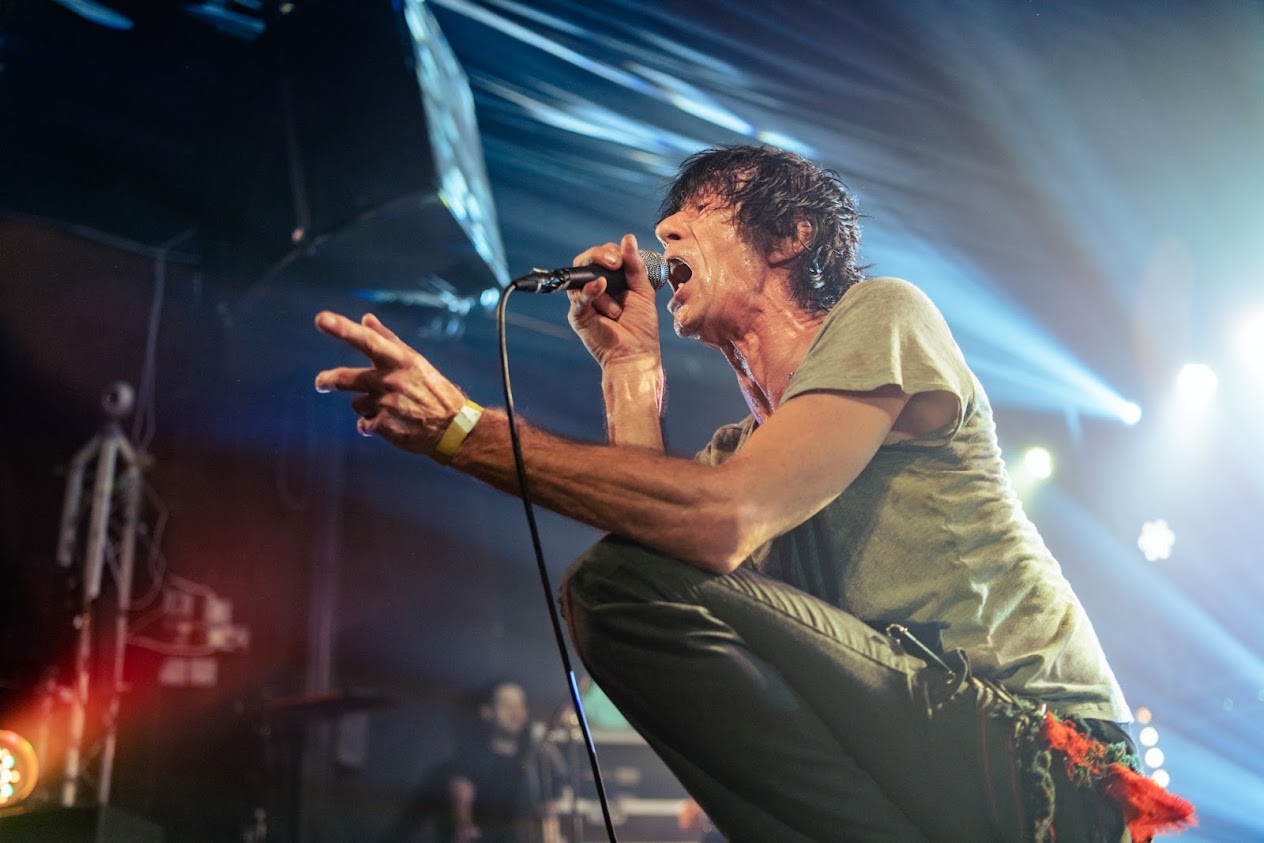 It’s been a long time coming, but finally, Sham 69 hit the Concorde 2, and they’ve brought Bristol bangers Criminal Mind along for the ride. 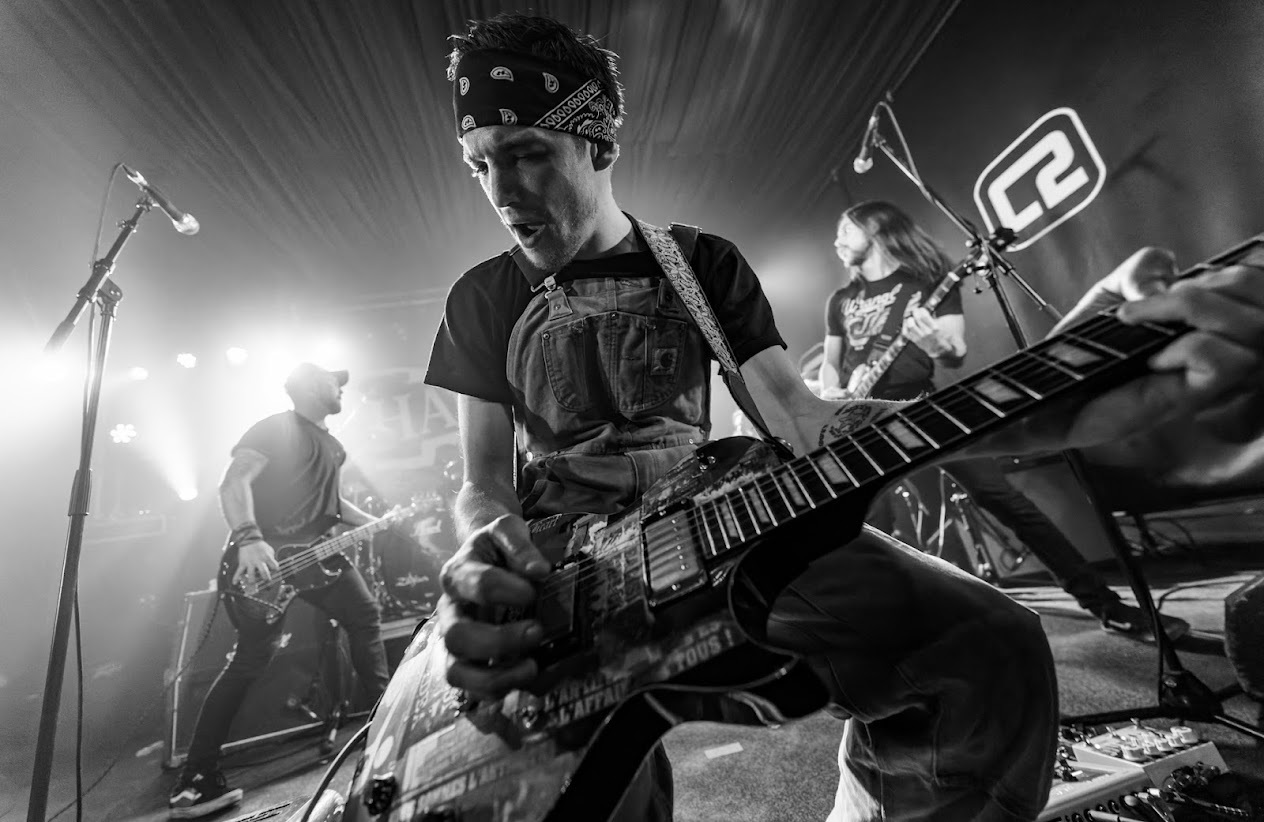 I first caught Criminal Mind way back on the 30th of June 2017, and they were again supporting Sham 69 on that date. I remember loving their whirlwind punk set that time, and this evening they’ve not only built on that first impression but smashed it out of the park. 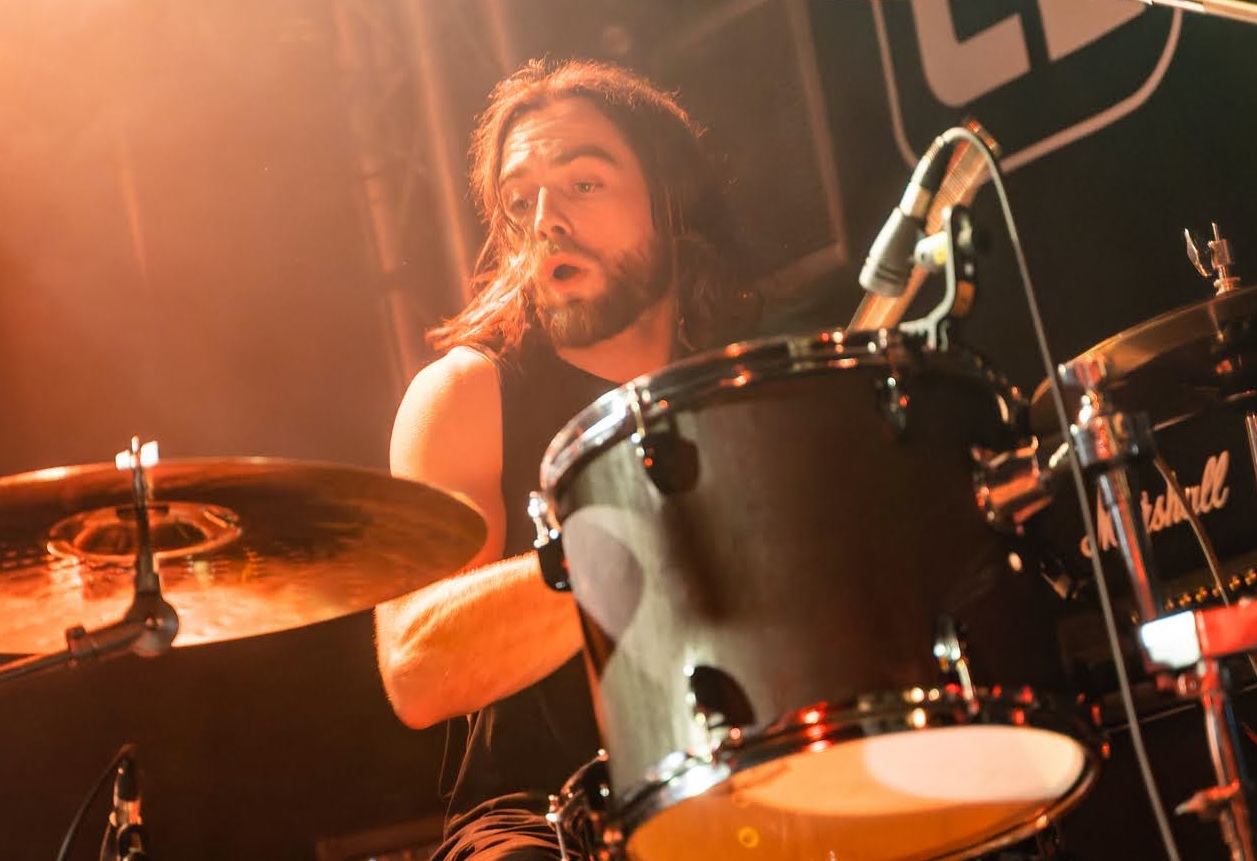 Criminal Mind 2021 are a whole new beast. They’ve gone back during the lockdown and listened to the music they loved growing up, and that has seeped into the new material and overall sound. They’ve evolved and grown into an all-out rock machine, the punk roots are still there emblazoned like a badge of honour, but there’s now a harder edge to the sound. Sometimes crossing into the territory of The Hip Priests with their twin guitar fury, other times like a smouldering Thin Lizzy turned up to max. There’s not a dull moment throughout from the Rancid like pacy opener ‘Never Take Us Down’ to the ballsy closer ‘A Night In Hell’, but the highlight for me was ‘Critical’, an all-out bruiser of a tune and a real roof raiser. Tonight Criminal Mind look like they love every moment, so they should. I, for one, can not wait for their next album. It’s going to be killer! 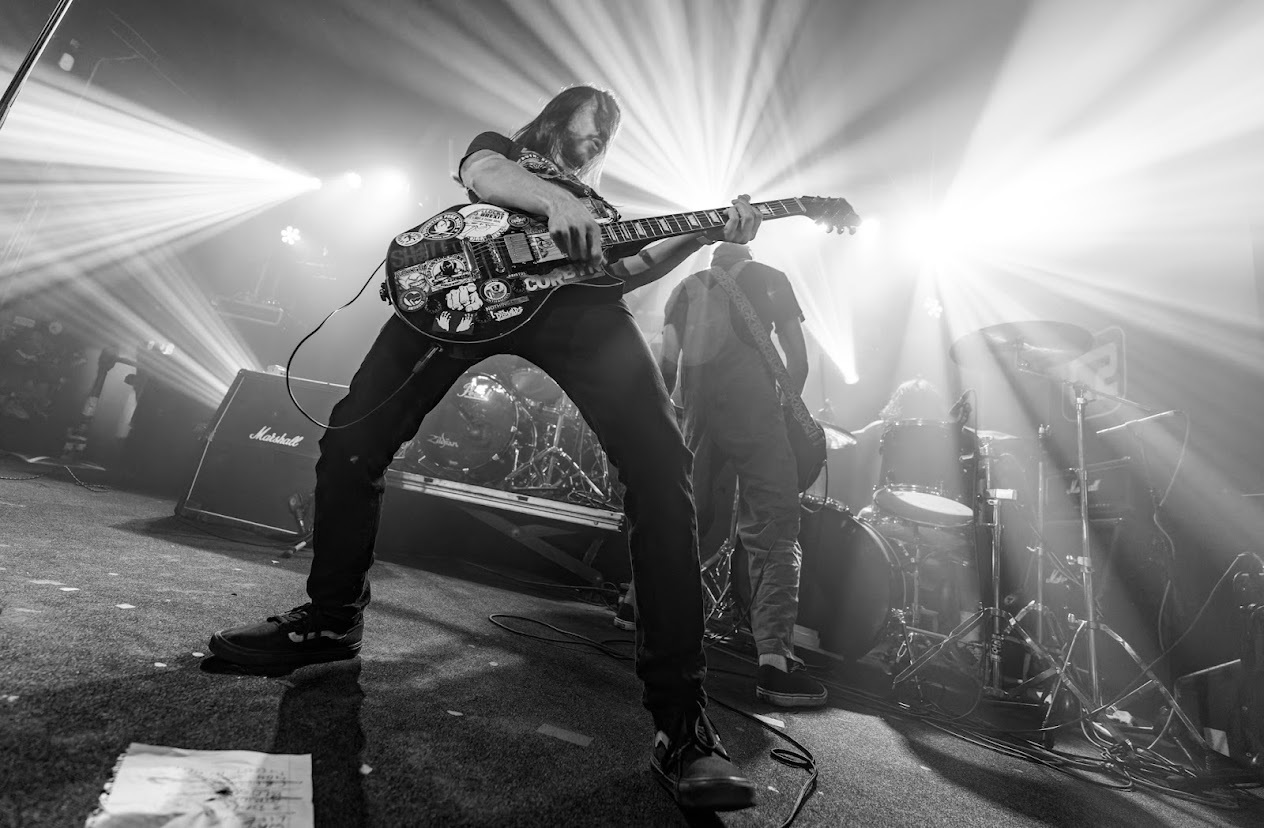 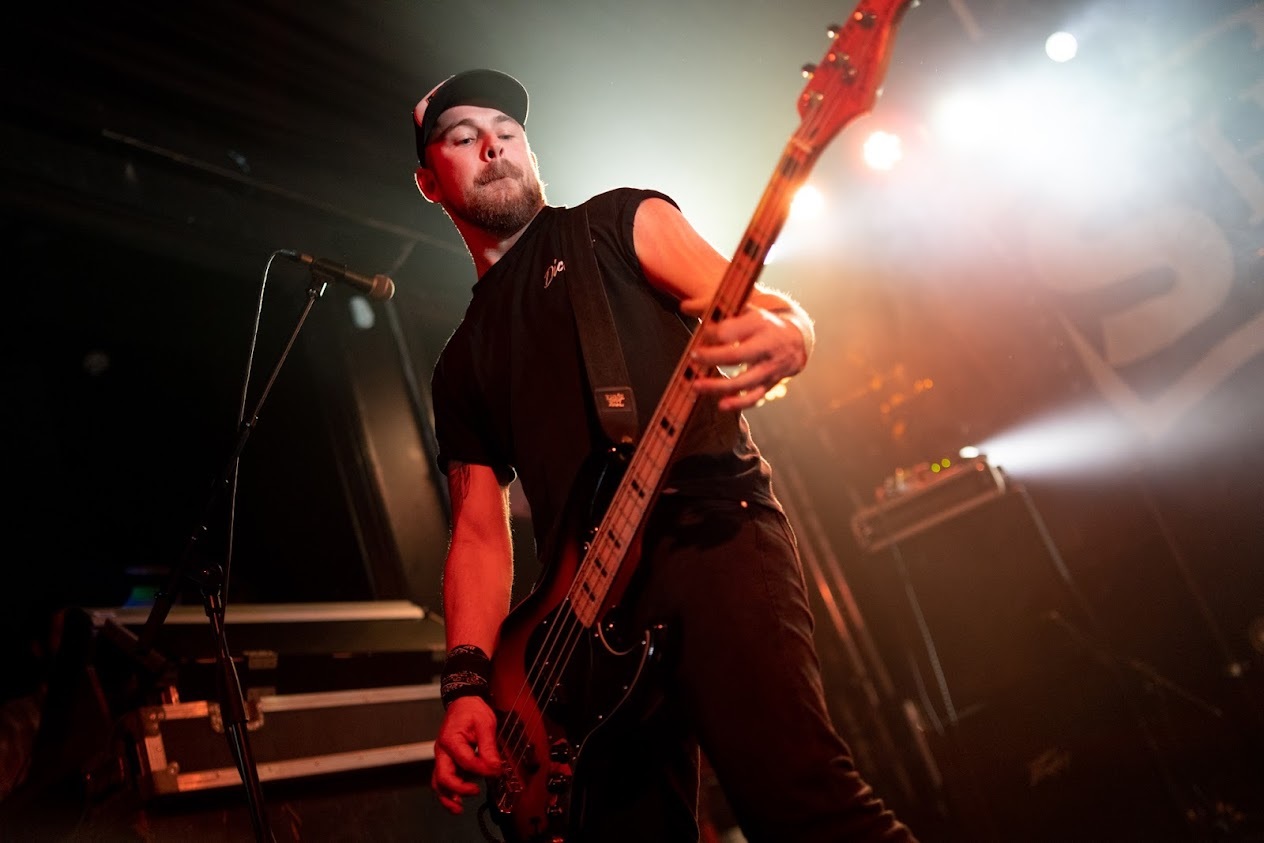 Criminal Mind setlist:
‘Never Take Us Down’
‘No Social Culture’
‘Dirty Tricks’
‘Go Get Em Go’
‘Salvation Called’
‘Fire On 10. All Saints Lane’
‘The Way Out’
‘Life To Defend’
‘Three Days’
‘Strides’
‘Blood On The Cobbles’
‘Critical’
‘Not Going Down (Without A Fight)’
‘A Night In Hell’

Check out their work on their Soundcloud page. 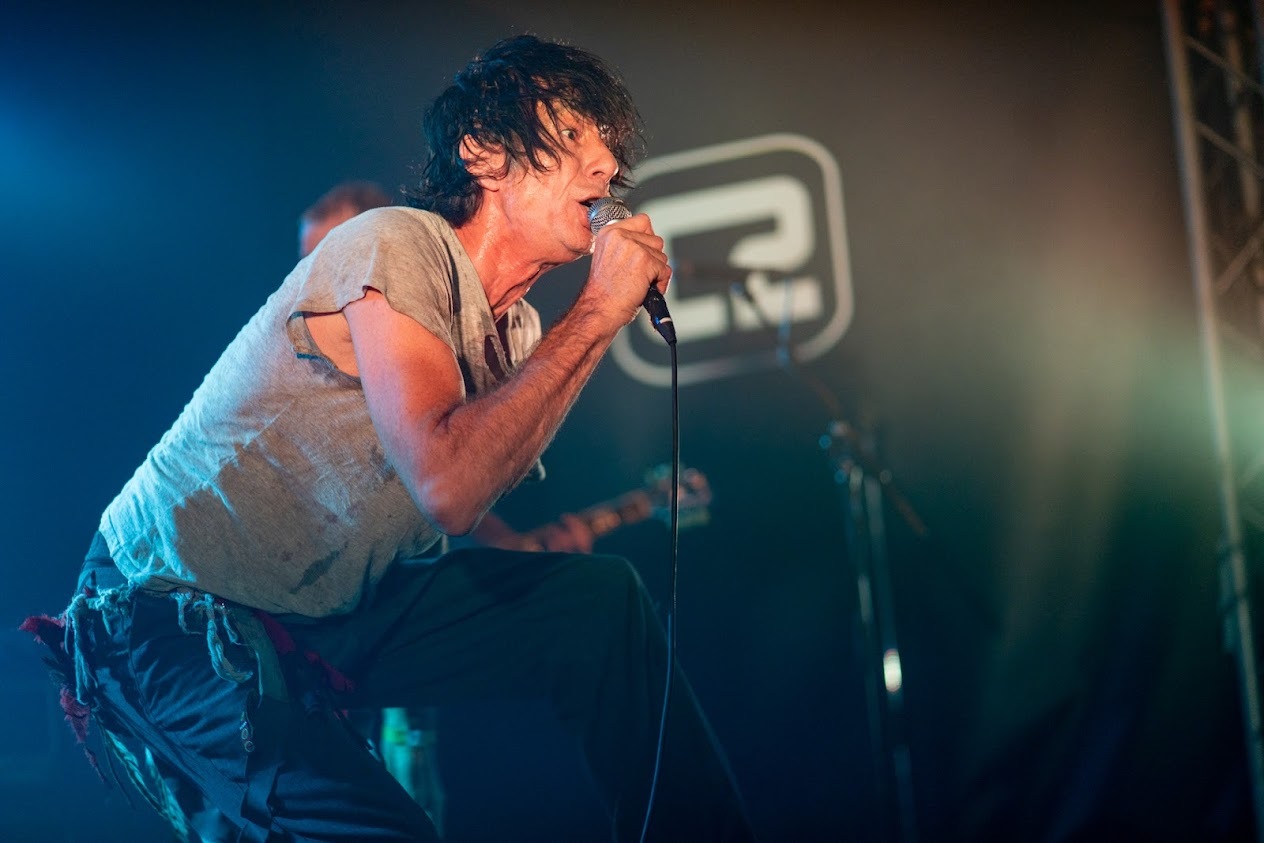 We get a short break between the bands before it’s time for punk legends Sham 69 to take to the boards. You can feel the anticipation in the crowd before the band even kick into the first number of a powerful 17 song set. 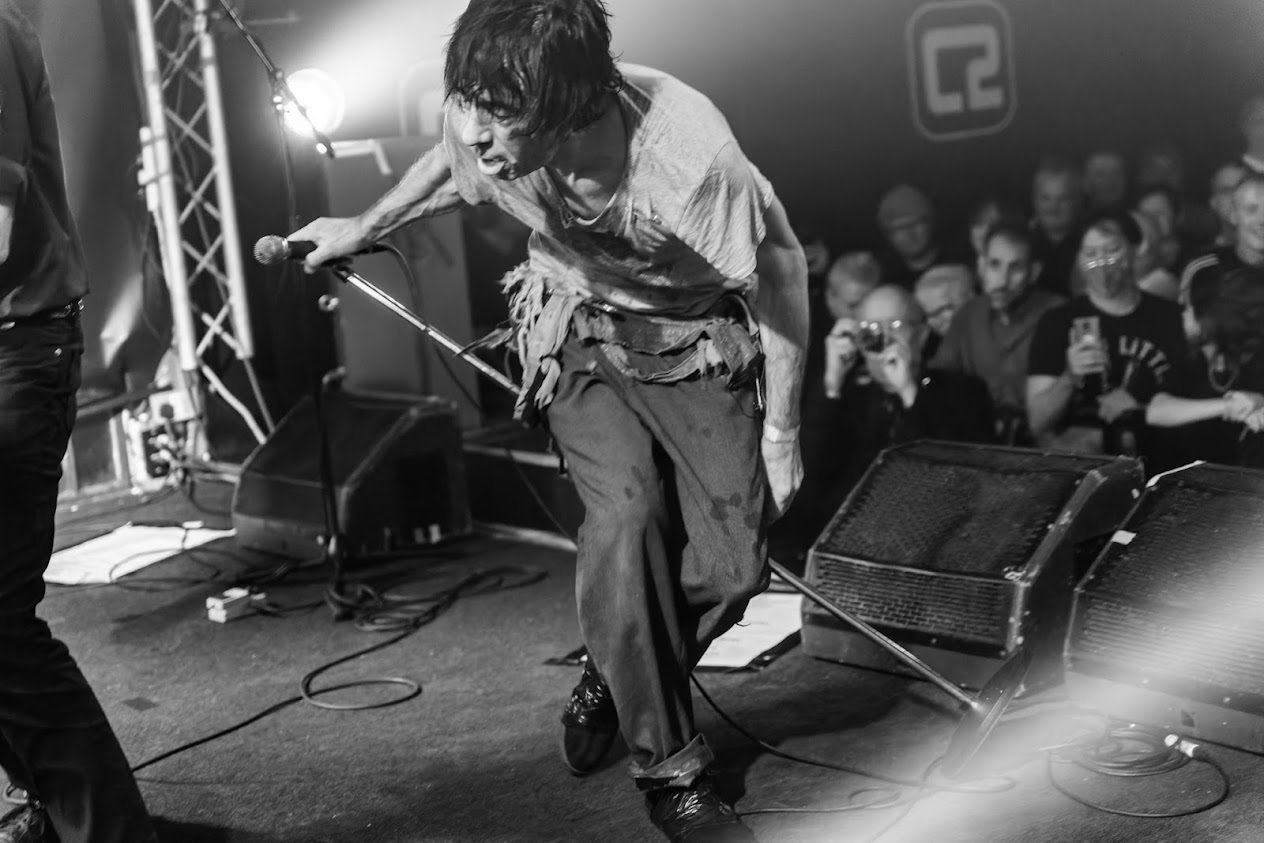 Surprisingly, there are two Sham 69s playing shows at the moment, the Tim V band and the original 1977 line-up we have here tonight featuring Jimmy Pursey on vocals, Dave Parsons on guitar and Dave Tregunna on bass. 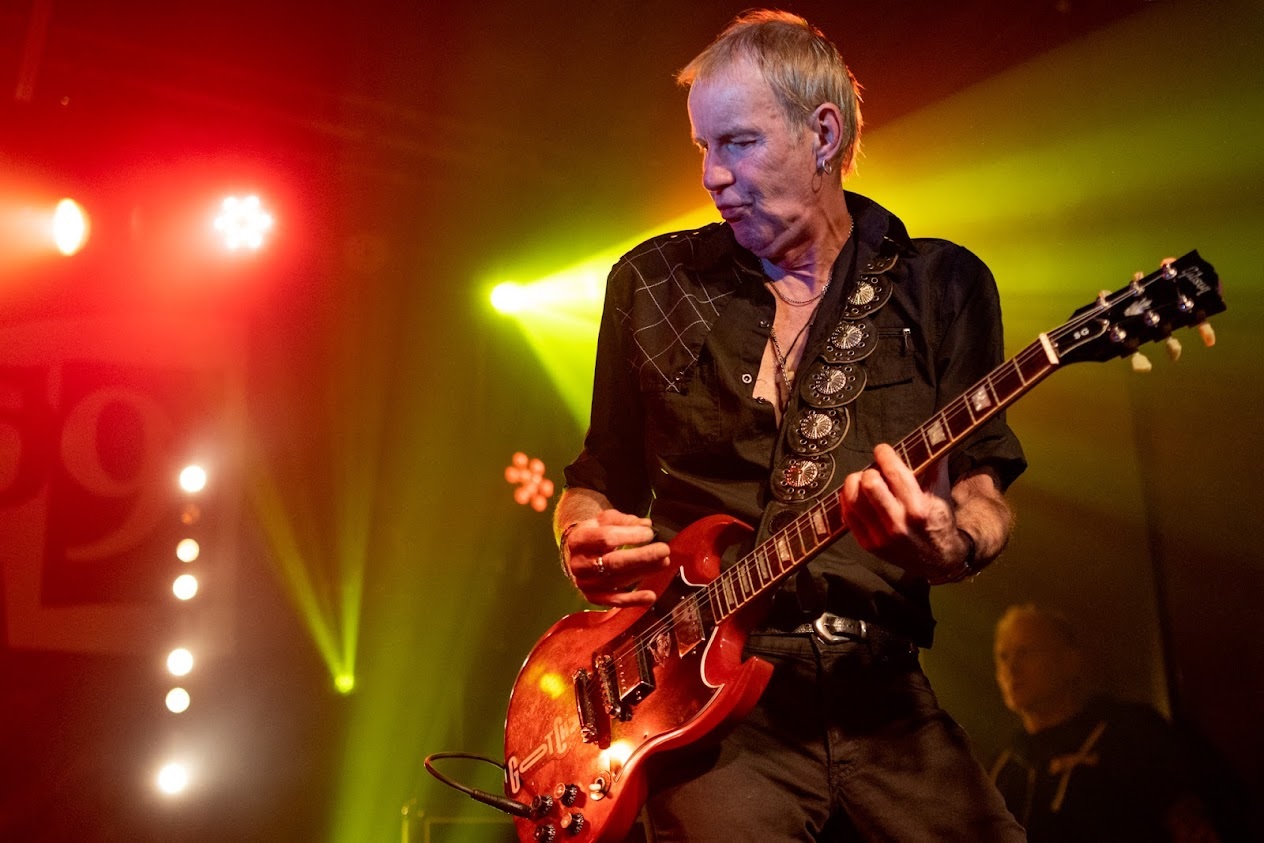 They are usually backed up on the skins by long time member, the incredibly talented Robin Guy, sorely missed tonight due to his ongoing chemotherapy. We all wish him the best in his recovery. He’s left the drumkit in the safe hands of Spike T Smith, who has a punk resume as long as your arm, including stints with The Damned, New York Dolls, Killing Joke, Discharge and The Deadcuts, to name but a few. 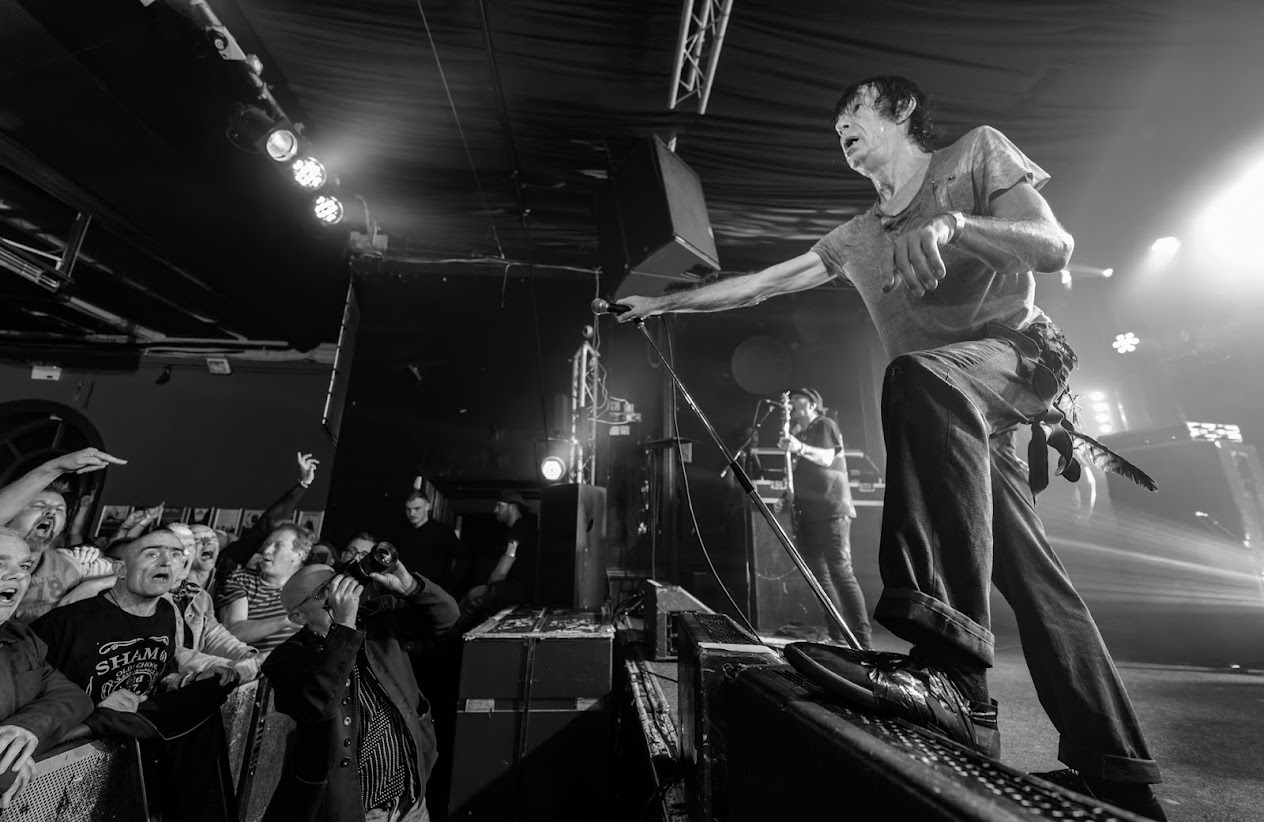 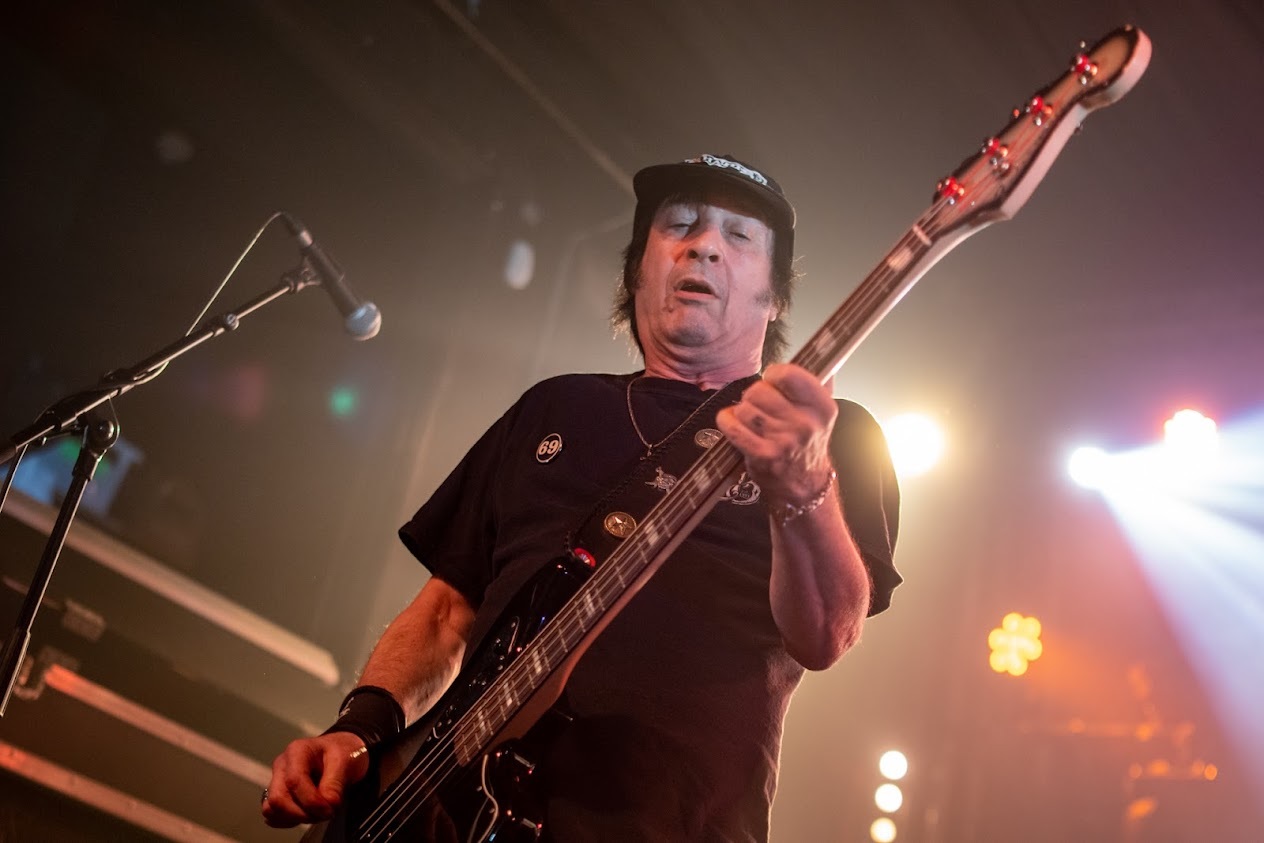 Pursey and co take to the stage to a huge cheer and burst into ‘What Have We Got’, with the crowd responding in unison with “f*ck all!”

The frontman has lost none of his stage presence over the years, staring down the crowd dressed in his usual attire, which comes across like a punk rock Steptoe, his footwear held together with gaffa tape, his clothes barely holding together at the seams. Vocally he smashes through every number, backed by one of the tightest punk bands around. By the time they hit the 8th number, ‘Borstal Breakout’, all hell breaks loose in the crowd, pint glasses rain down like confetti as they smash into each other, but always stopping to pick up the fallen bodies. I see front centre a guy in a wheelchair, his friend or partner trying to build a wall with her arms to fend off the thriving mass of bodies heading his way and does so superbly. The look on his face says it all, sheer joy, and that’s just what Sham 69 bring to the Concorde 2 tonight. 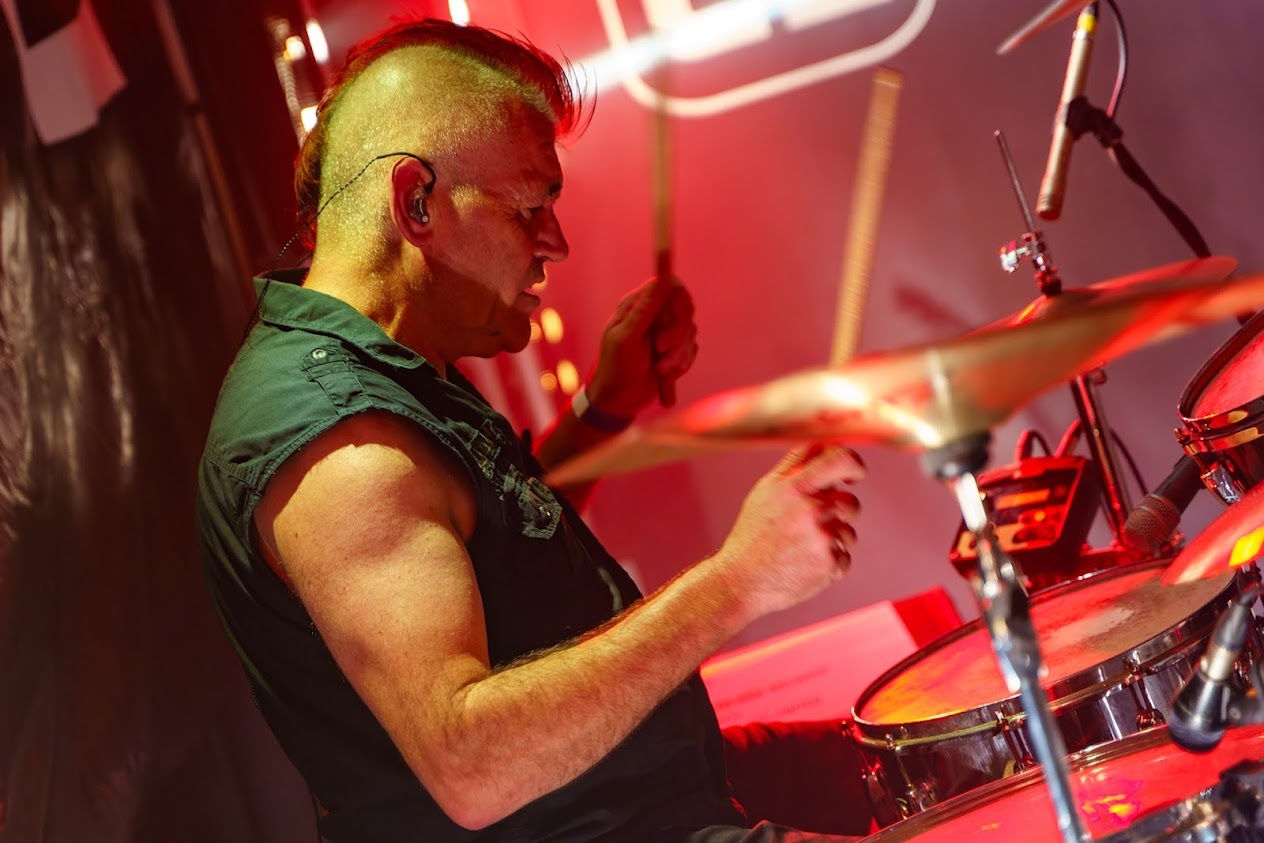 They batter us with classic after classic, ‘That’s Life’, ‘Questions And Answers’, The Clash’s ‘White Riot’ ending the set with ‘If The Kids Are United’ with probably the largest sing-a-long of the night so far.

They leave the stage for a few minutes to grab a few well-deserved breaths before hitting it hard yet again and unleashing a triple-header encore of ‘Angels With Dirty Faces’, ‘Hersham Boys’ and everyone’s favourite ‘Hurry Up Harry’. The crowd rounding off the night with a wild and boisterous pit with arms aloft and voices in harmony. It’s a pleasure to behold – live music is really back here tonight! 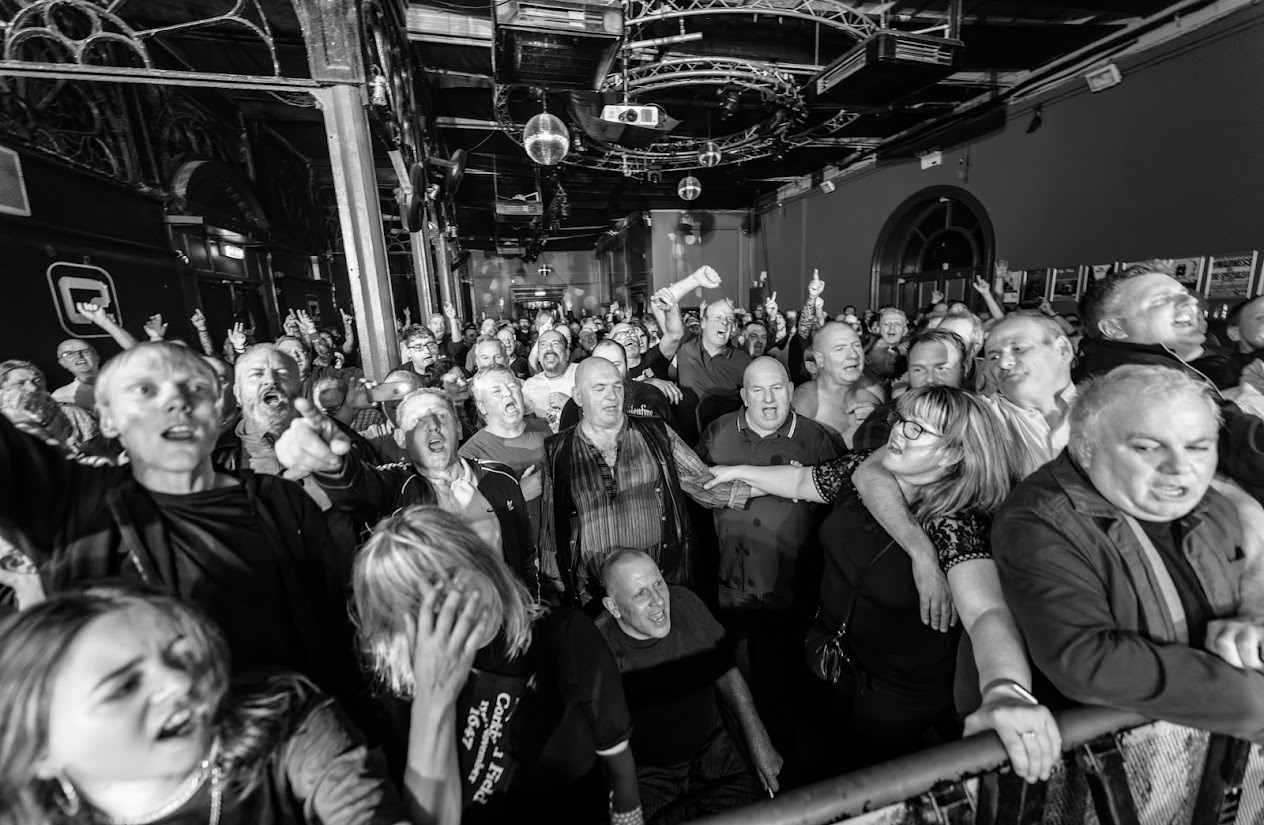 The crowd at the Concorde 2, Brighton 12.11.21 (pic Cris Watkins/PunkInFocus) (click pic to enlarge)

The years have done nothing to dissipate the live spectacle of Sham 69. They remain as vibrant and exciting now as they have always been and still are one of the best punk rock shows in town. See you next time without a doubt!

For more information on the band HERE. 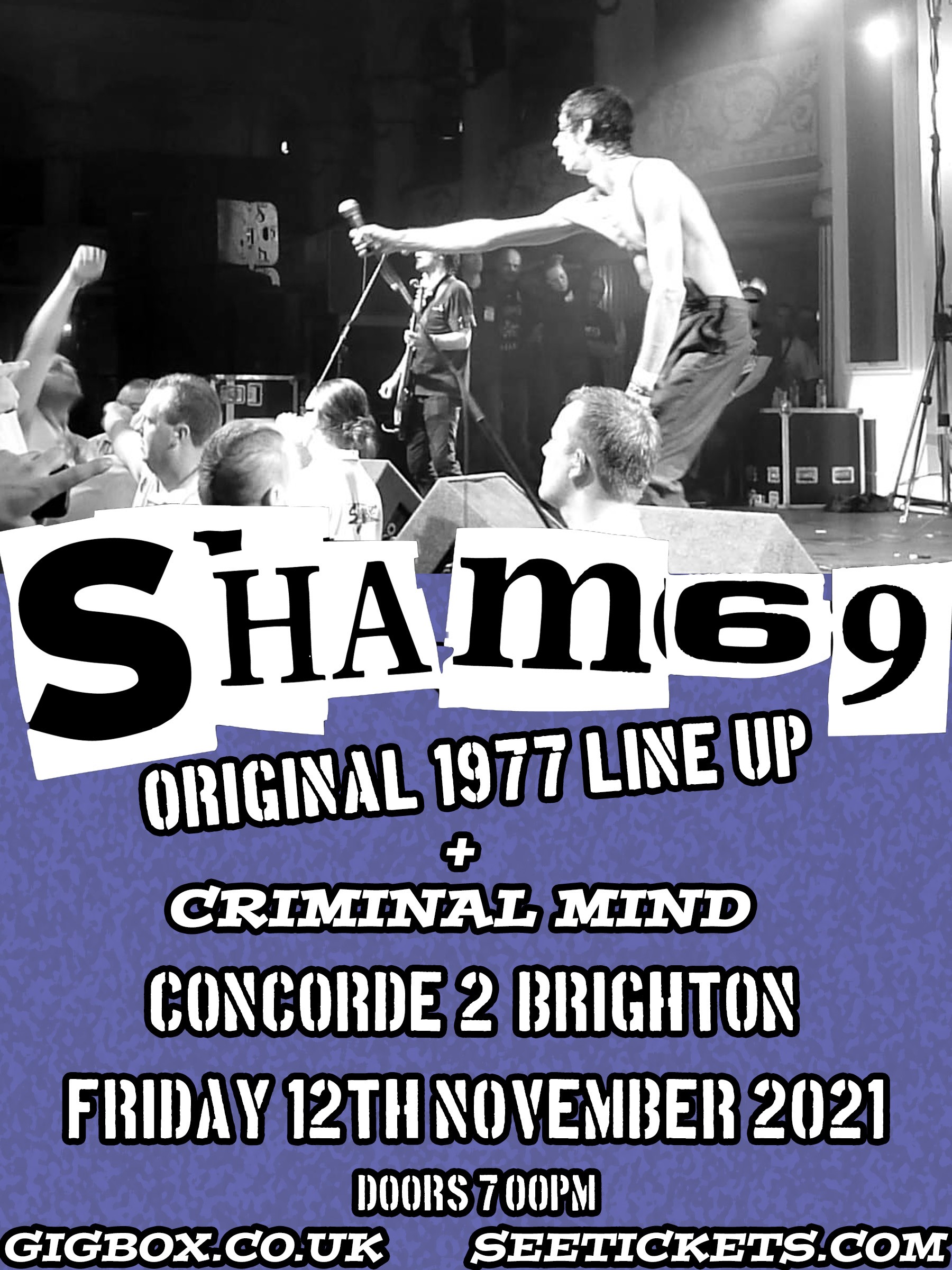