A driver is fined every two minutes for passing through the new “bus gates” in the centre of Brighton, a council committee was told last night (Tuesday 16 November).

Several councillors questioned whether the road signs were clear enough, saying that it was hard to believe that so many people would willingly break the law and risk the fine.

And even one of the Green Party’s most vocal cycling advocates, Councillor Jamie Lloyd, said that he had been caught out and fined himself.

Four cameras monitor vehicles along Valley Gardens, where the new road layout bars cars from the bus lanes on the western side.

“Local traffic” is allowed – but councillors said that people were unfamiliar with the term “bus gates” and, besides, the painted signs on the road were already fading.

The national Traffic Penalty Tribunal, which rules on appeals against fines for driving in bus lanes, said: “The term ‘bus gate’ is interchangeable with ‘bus lane’ in terms of enforcement of regulations.”

Brighton and Hove City Council started sending warning letters to those who strayed into the bus lanes from September last year and, from January, the council has been issuing £60 tickets.

Last night the council’s Environment, Transport and Sustainability Committee was asked to make the bus gates permanent, prompting members to voice their concerns and ask a series of questions.

Councillors were worried that tourists making innocent mistakes were being caught out, fined and put off returning to Brighton because of the confusion.

A report about the bus gates opened with the words: “The key principles of the Valley Gardens proposal are to simplify the existing highway network, making the journey through Valley Gardens less complicated, more legible and safer for all users.”

But Conservative councillor Robert Nemeth said: “There must be something wrong with the bus gates. There can’t be that many crazy motorists who are intent on breaking the rules.”

And the former Labour leader of the council, Nancy Platts, said: “An inordinate number of people are being caught out.

“It doesn’t sound humanly possible to issue that many tickets. It sounds like we need to improve the signage. I can’t imagine that number of people deliberately disobeying the traffic regulations.” 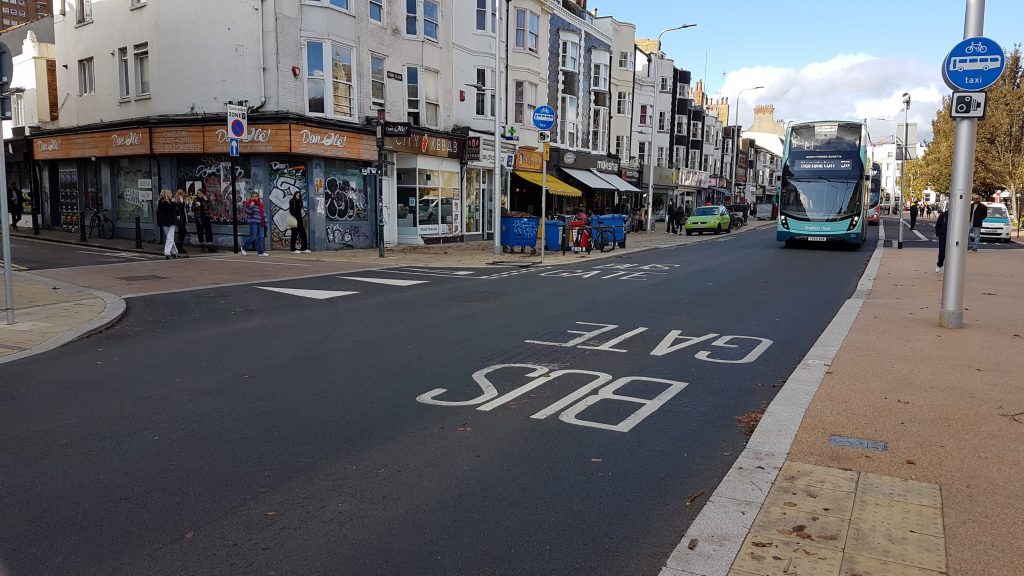 Councillor Platts said that if the bus gate was to work, it was important to bring down the number of drivers “passing through there who shouldn’t be passing though there”.

Councillor Nemeth said that the 9,618 tickets issued last month – with a spike during the half-term break – averaged more than 300 a day.

He said that if traffic was busy for 10 hours a day then at the busiest times the council was fining 30 drivers an hour or one every two minutes.

He said that he had intended to oppose making the bus lanes permanent if more than 30 drivers a week were getting it wrong, adding: “Our position has to be that until that ticket number comes down, we cannot support that.”

He urged officials to look at ways to make the rules clearer for drivers – residents or visitors – such as different surfaces.

Councillor Lloyd, who works for cycling charity Sustrans, said that the bus lanes and fines were in place “for a reason”.

He said: “I’ve been caught in that bus gate – and I hope that is a source of amusement for everyone. I deserve it. It was in a hire van – moving bikes obviously – and I got caught. Fair enough. I wouldn’t wish a fine on anyone.

“Imagine if we caught that many people littering in a month. We’d all be absolutely delighted in fining them. And the point is the law’s the law – and we don’t have carte blanche to break it.”

People in the area knew that the cameras were there now, he said, and the number of fines being issued would decrease. 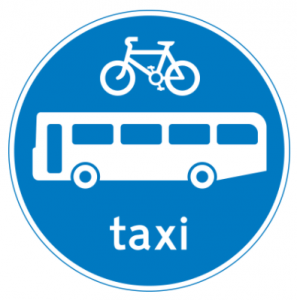 Councillors were told that the figures were three times higher than those for other new cameras in the local area.

But they were not unexpected because Valley Gardens was one of the busiest places for traffic in Brighton and Hove.

Initially, the council added more signs after it lost appeals against fines at the Traffic Penalty Tribunal – and it has since carried out three audits to ensure enough signs were in place.

Labour councillor Theresa Fowler said that people were confused by the term “bus gate” and a no-entry sign would be better.

Green councillor Steve Davis, who has worked as a driving instructor for 15 years, said that the term had been in use for a long time.

He also said that there were no-entry signs there and – pulling out a dog-eared copy of the Highway Code – he referred to the blue circular signs on either side of the road at the start of the bus lanes.

He said: “It’s a no-entry sign for private vehicles – cycles, buses and taxis only.” 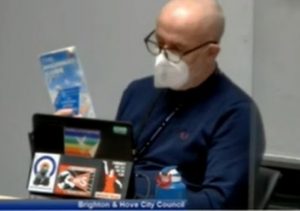 Councillor Davis, who co-chairs the Environment, Transport and Sustainability Committee, said that the blue signs were clear and anyone going past them on their driving test would fail.

Green councillor Sue Shanks called for more publicity about the bus routes to raise awareness because she was concerned about people being unfairly penalised.

She said: “I get that the signs are correct. I think maybe sat nav’s a problem. I don’t know how long it takes for sat navs to know they can’t direct people up there – because I think they do at the moment, or they did. It’s a bit unfair if you’re relying on a sat nav and it sends you up there.”

Labour and the Greens voted to make the orders permanent although Labour asked for an update on what measures were being taken to reduce the number of drivers being fined. The Conservatives voted against.