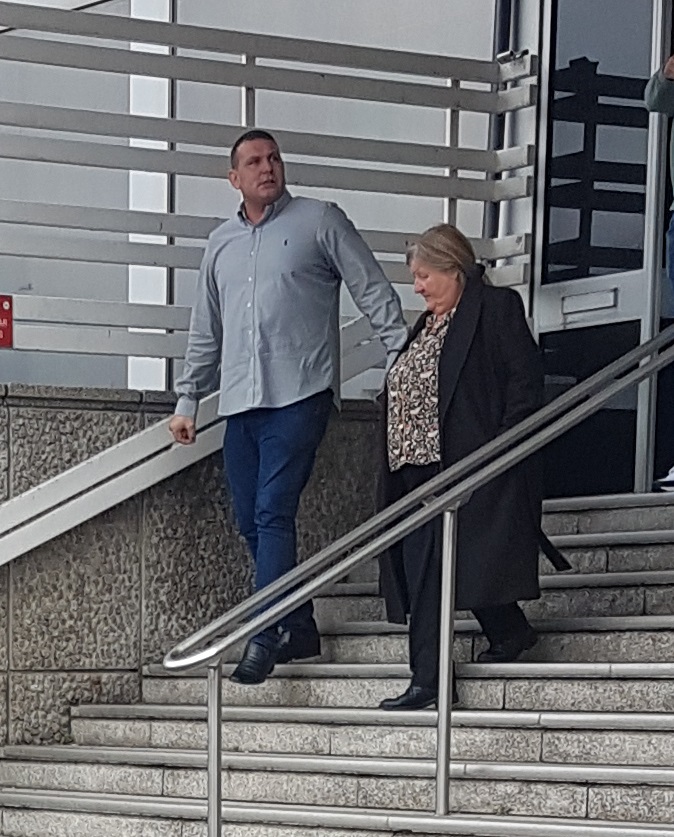 A scaffolder called police and lied that his stepfather had fired a gun in the street so that armed police would swoop on the home he shared with his mother.

The tactic – known as swatting in the USA, where it has led to innocent people being shot – was the culmination of a campaign of harassment.

Ben Newton, 38, pleaded guilty on Friday to one count of harassing his stepfather Peter Monk, and another of sending a threatening video to his mother Jayne Monk.

His case has now been sent to Lewes Crown Court, where he will be sentenced next month.

Brighton Magistrates Court heard the harassment of the Hove couple was the result of a family feud over Newton’s resentment of the Monks’ lifestyle, which had been made worse by the death of Newton’s father.

Dominic Dudkowski, prosecuting, said the Monks had complained of harassment in 2019, and Newton had been warned off by police. But in 2020, he made contact again.

On 22 September, Newton had sent his sister a video which he said was “for mum”, which mainly showed him ranting about his dad’s death and how he blamed his mother for it.

On 30 September, he ordered curries worth £62.80 from Tulsi Tandoori to be delivered unwanted to the Monks and to his sister.

On 5 October, Newton sent two threatening emails to his stepfather, one saying he would take down scaffolding that Mr Monk, who is also a scaffolder, had put up.

Two days later, he sent another email accusing them of ruining his daughter’s birthday and saying “Hallowe’en is coming up” – which the couple took to be a threat.

On 10 October a caller had rung 999 and told police a man called Peter had shot into the air and then gone into a house in Poynings Drive – the Monks’ home address.

Three armed response units turned up – although police were aware of the ongoing harassment.

Mr Dudkowski said: “The house was effectively surrounded and an officer with a firearm was at the door.

“It became rapidly clear that there was no firearm present, but it was distressing for the family.”

In a victim impact statement, Mrs Monk said: “Since 2019, we have been subjected to numerous threats and violence and damage to our vehicles.

“Installing CCTV gave us some comfort until the police turned up. Since then, we are vey anxious and are on high alert.

“If there’s noise outside or if someone knocks on the door we will rush upstairs to look at the CCTV.

“We find this a very unsettling way to live.

“It makes us feel like prisoners in our own home.”

She said she and Mr Monk lived with their adult sons, both of whom have special needs and who had found the harassment particularly distressing.

She said: “Our sons are constantly at the window calling out if a car stops or people walk past. I find that deeply distressing. It saddens me that Ben failed to consider or care what effects such a hurtful prank would have on his brothers.”

The court was told the harassment charge, which ran from 18 September to 11 October, did not include any damage to the Monks’ cars.

Defending, Oliver Mackrell said: “This is a serious offence and has gone on for a period of time.

“He has struggled with the background of which there is quite a bit, but also with mental health … his frame of mind is now significantly better and more positive.

“This is a family feud between my client, who is a grown man with his own family, and his estranged mother.”

Newton, of Valley Rod, Newhaven, was prosecuted in June 2019 for the fourth time by Brighton Magistrates Court for erecting scaffolding without a licence.

All four offences related to his company BN Scaffolding, of which he is the sole director. In July last year, he changed his name to Ben Whelan on Companies House.