The young descendants of the first Suffragette martyr, Mary Clarke, called for Brighton and Hove to be made safer for girls and women. 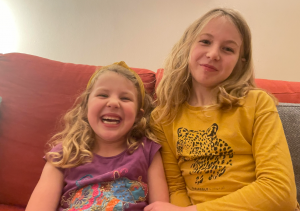 At the start of a meeting of the council’s Tourism, Equalities, Communities and Culture Committee, Sylvie said: “We are child ambassadors for the Mary Clarke Statue Appeal. Mary was brave and gentle and died for women’s rights.

“Suffragettes at Mary’s funeral were told they should not be sad but take up her torch and light the darkness. We are taking up Mary’s lamp to try to make things better.

“We know you are discussing violence against women later on. We want you to stop girls being bullied or treated disrespectfully, especially at school.

“Will you make sure that, by the time we are grown up, this city will be a safe place for women to live?”

Green councillor Steph Powell, who chaired the meeting, said that councillors and officials – and others such as the police – were working hard to ensure Brighton and Hove was safe for everyone, including women and girls.

The youngsters are part of the campaign to raise a statue of Mary Clarke in Brighton, the town where she made her home.

The Mary Clarke Statue Appeal said: “Mary Clarke was the Women’s Social and Political Union (WSPU) organiser for Brighton from 1909 to 1910.

“She died of a brain haemorrhage on Christmas Day 1910 following the street violence of ‘Black Friday’ and forcible feeding in prison.

“She was the first suffragette to give her life for women’s right to vote but there is no public memorial to her anywhere in the UK.”

Sylvie and Lena, who are great-great-great-nieces of Mary Clarke, née Goulden, both addressed councillors as the United Nations held its International Day to End Violence Against Women. The UN has also pledged 16 days of activism to follow. 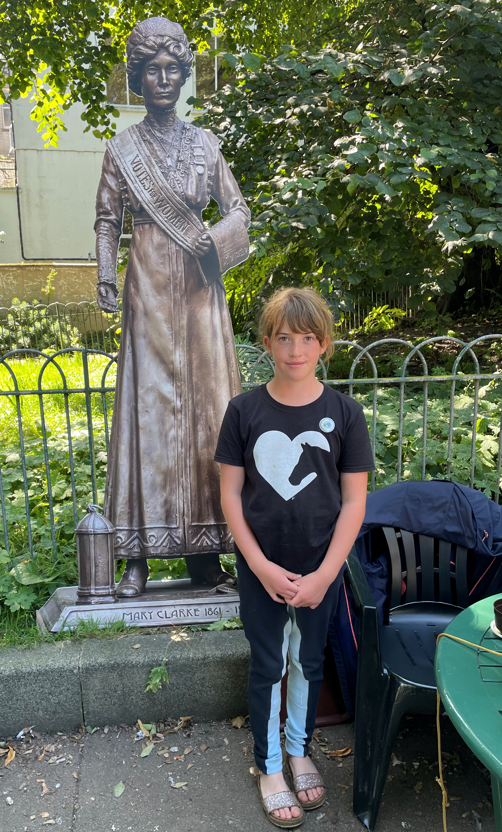 The appeal has commissioned sculptor Denise Dutton whose maquette of Mary Clarke has been shown at the Jubilee Library in Brighton.

It is hoped to erect a bronze statue of Mary Clarke close to the entrance to Brighton Museum on the Royal Pavilion Estate.

Jean Calder, the appeal’s chair of trustees, said: “It will provide an image of female courage and political leadership, encouraging women and girls to participate in civic life and fostering a better understanding of women’s history.”