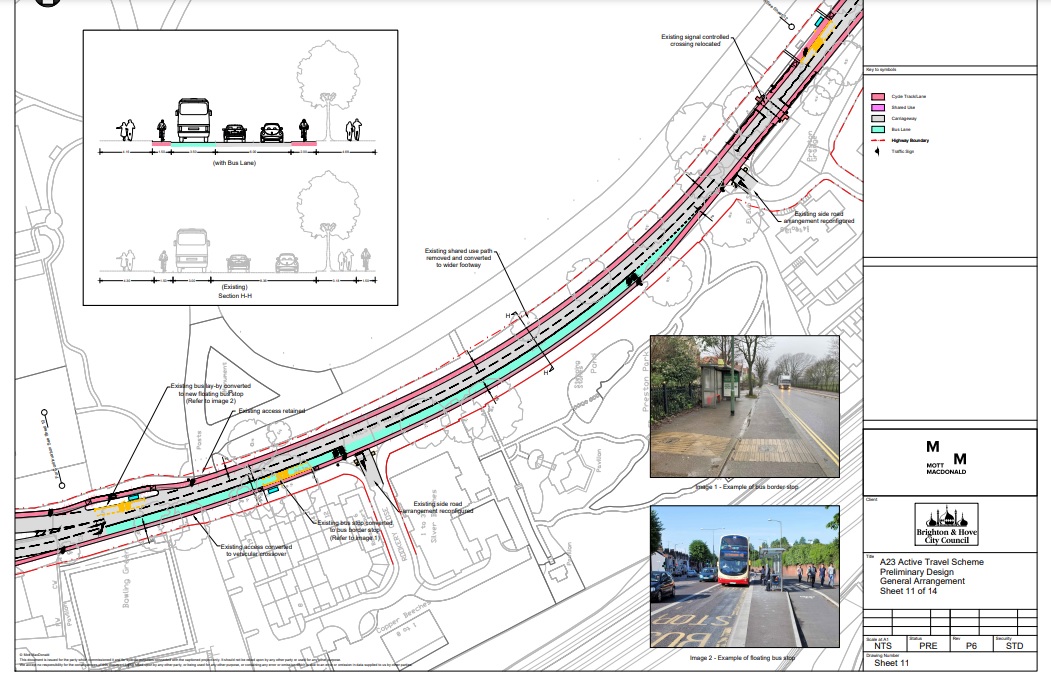 Detailed plans to rejig the layout of the A23 alongside Preston Park have been unveiled.

The detailed drawings are also available on the council website here.

Brighton and Hove City Council is holding a series of drop-in sessions where the plans can be seen in detail at St Augustine’s in Stanford Avenue this week.

Residents can also email their comments to transport.projects@brighton-hove.gov.uk, or call 01273 293536 and leave a message.

The designs will then be revised according to feedback, and presented to the council’s environment, transport and sustainability committee for final approval next spring.

Amy Heley, co-chair of the committee, said: “We’re working extremely hard to make travel and transport across the city safer and more sustainable for everyone and the A23 is a key part of that.

“Only by creating an infrastructure that better supports walking and cycling will we give residents and visitors the opportunity to make sustainable travel choices that will help us reach our goal of carbon neutrality by 2030.

“The A23 is a key travel corridor for getting in and out of the city and I would urge all residents in the area to have their say on the proposals.”

The sessions will be held at these times: