The cost of looking after the rising number of children with special educational needs and disabilities (SEND) is outpacing the increase in funding allocated to schools, a senior official said this week.

The Brighton and Hove City Council official said that funding was “inadequate” because it had not gone up enough to keep up with the demand for services.

As a result, a section of the schools budget known as the “high needs block” was overspent by £400,000 which could lead to the Department for Education requiring a “recovery plan”.

Georgina Clarke-Green, the council’s assistant director for health, SEN and disabilities, said that more children had registered with special educational needs and complex needs over the past six years.

This had added to the pressures on school budgets, she told the Schools Forum, which is made up of head teachers, school governors, church representatives and council officials.

The council was also required to support young people with education, health and care plans up to the age of 25, she said, but had not received additional funding to cover this.

Ms Clarke-Green said: “Funding is not growing in line with increasing demand. You can see that on the TV when you’ve got a lot of local authorities and head teachers demonstrating that the amount of funding has not gone up with the amount of demand and needs for the children and young people.

“The implications for the increase in local authority responsibility was not adequately resourced. We were asked to continue (education, health and care) plans up to age 25 without any real additional funding and that has caused considerable issues.”

The number of youngsters taking up places at independent maintained special schools since 2018, because they had a particular need, had risen 40 per cent from 68 to 95. The placements cost about £5,000 a week.

Over the past six years, the number of children with an education, health and care plan (EHCP) for autistic spectrum conditions (ASC) had jumped from just over 150 to more than 350.

This was in part the result of improved diagnosis yet a national SEND spending review was currently delayed, Ms Clarke-Green said, adding that she hoped that it would result in more funding.

She said: “The way it is going with the number of ECHPs and the call on independent specialist placements and special schools, this is going to have a real impact on funding.

“We are really hoping the government see the need and demand and fund us appropriately.” 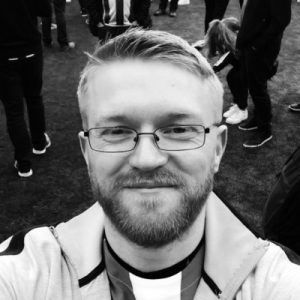 Aldridge Education representative Aaron Barnard said that individual schools received £7,000 and had to contribute a further £7,000 from their budgets to pay for SEN support.

He said that a one-to-one teaching assistant cost £25,000 and at the Brighton Aldridge Community Academy (BACA), there were large numbers of students with education, health and care plans.

Mr Barnard said: “It’s really taking funding out of our core budgets to support those students.

“Our SENCO (special educational needs co-ordinator) has had an additional 13 meetings for EHCP and we have more students with complex needs issues. Catering for them in mainstream schools is becoming unworkable.”

Ms Clarke-Green said that there was more funding going towards pupils who need more support.

And she said that there was investment under way for specialist placements within Brighton and Hove to stop youngsters from having to go to independent schools outside the city.