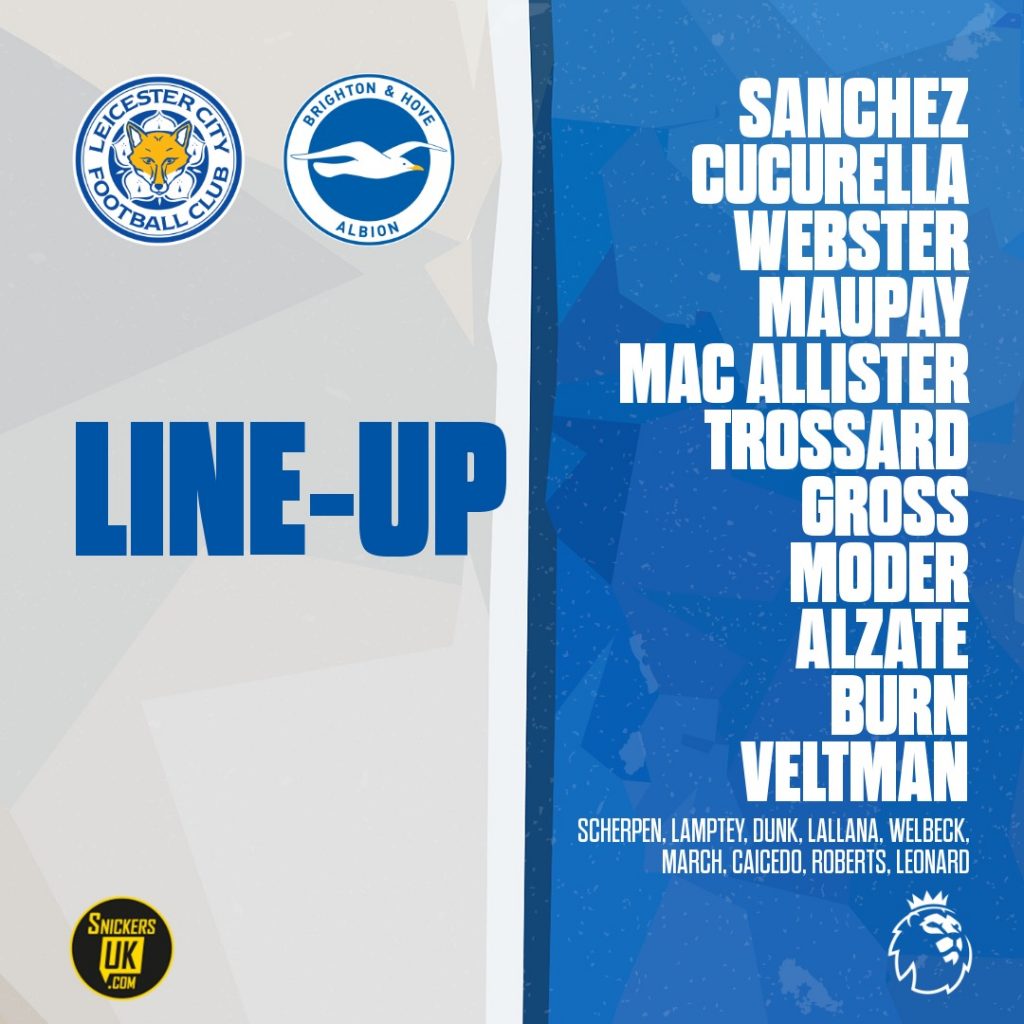 The Seagulls travel to the East Midlands with club captain Lewis Dunk restored to the squad and on the bench.

Steve Alzate continues in midfield and Leandro Trossard is also in the starting line up as Danny Welbeck returns to the bench.

Neal Maupay is up front for the Albion.

The Seagulls knocked four past the Foxes at the King Power Stadium in 2014 – the hosts have of course since been Premier League champions and Champions League quarter-finalists.

More recently, Albion beat Leicester at the Amex in the Premier League in September.

Leicester’s perennial Albion tormentor Jamie Vardy is injured and is not in the squad today for the Foxes.

Brighton are currently ninth in the Premier League, with 29 points from 21 matches. They are four points and two places above Leicester, although the hosts have two games in hand.