A specialist police “enforcement” team has helped make more than 400 arrests, seized cash and drugs worth more than £1 million from criminals – and almost 100 weapons – in its first year.

Sussex Police said that its Specialist Enforcement Unit (SEU), which was set up in January last year, had also seized 222 vehicles being used by criminals.

Officers from the unit helped bring a drug dealer to justice in Brighton and helped snare another dealer after a chase through Brighton (see the video above).

The SEU was set up to tackle serious and dangerous offenders using the road network and to disrupt the supply of drugs into the county.

Sussex police said: “The team of highly trained officers and detectives has already accounted for more than 21,000 policing hours across three divisions and has been involved in more than 400 arrests.

“This has included working on operations such as murder investigations, tackling drugs offences, responding to driving offences and catching dangerous offenders and suspects wanted on warrants.

“The unit has also helped forge effective working partnerships with neighbouring forces in Kent, Hampshire and Surrey and with the Metropolitan Police.

“The unit has helped with the safeguarding of vulnerable people by completing 75 referrals and has supported colleagues with 280 reports for minor traffic offences.”

Chief Constable Jo Shiner said: “The launch of the Specialist Enforcement Unit a year ago increased our ability to deter, detect and disrupt serious criminals intent on travelling into Sussex to commit offences.

“Officers have provided extra, visible and robust policing on Sussex’s roads, using both marked and unmarked vehicles equipped with the latest technology to identify and intercept known offenders, target hot spots and support colleagues in making the roads safer for everyone – one of our key priorities.

“From drugs and violent crime to people trafficking, child exploitation and theft, most criminals have to use the roads which are therefore prime hunting ground for the police.

“I am delighted with the difference officers have made so far. The SEU has been relentless in its pursuit and capture of some of our most dangerous and prolific criminals by denying them use of the roads.” 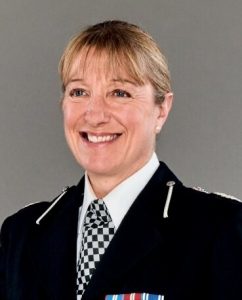 Sussex Police said that the SEU was set up as part of a series of police enforcement teams including tactical enforcement units and the Rural Crime Team. The force has also deployed extra officers in the Roads Policing Unit.

Sussex police and crime commissioner Katy Bourne said: “It has been a successful, crime-busting first year for the Specialist Enforcement Unit as they tackle serious, violent and organised criminals using our county’s roads.

“I am delighted to see the extra investment that has enabled the SEU to be established has led to so many positive results in getting the most dangerous and prolific criminals off our roads and protecting our communities, especially those who are most vulnerable.

“The team’s impressive work and their relentless, proactive approach goes a long way towards making Sussex a much safer place for everyone.”