Owner of Montreal Arms given a year to restore green tiles 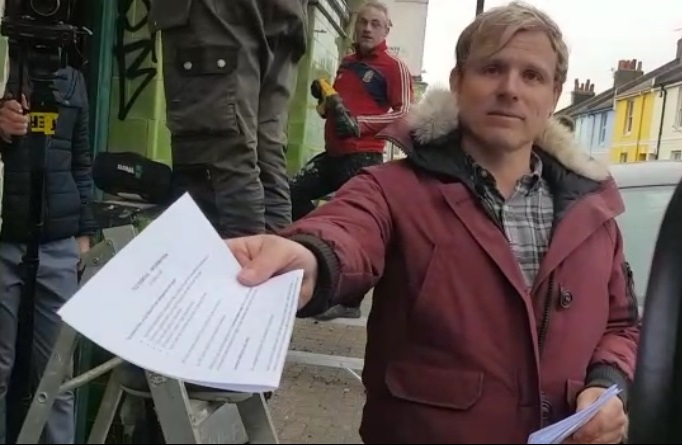 The millionaire owner of a Brighton pub who hacked large chunks of its distinctive green tiles off has been told to replace them.

Brighton and Hove City Council issued a temporary stop notice the same day – and today, it has issued a new stop notice, and an enforcement notice requiring the reinstatement of the tiles within a year of it coming into force on 24 May. 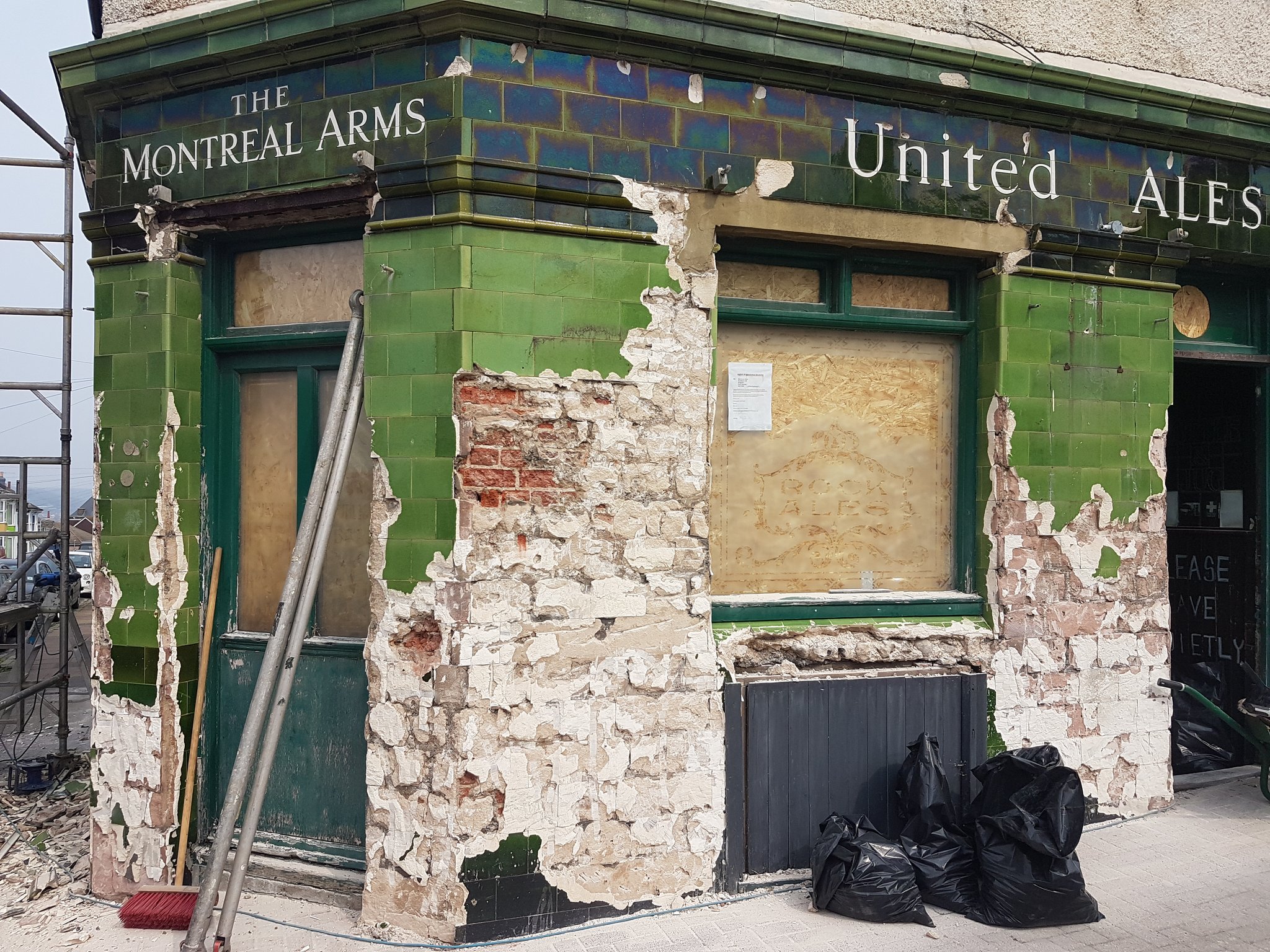 A council spokesperson said: “Under current legislation, a temporary notice can only last for 28 days and we are not then allowed to serve another temporary stop notice. Council officers therefore had to consider whether further, longer-term action should be taken.

“Officers have liaised with colleagues in our legal department and considered information provided by the owner. This included concerns regarding the building’s lintels.

“In the light of this, we served an enforcement notice together with the stop notice on the removal of the tiles today. This includes an exception of permitting tiles to be removed to allow for repairs to the lintels.

“It has been made clear in the notices that this exception is for the minimum number of tiles that can be removed for the purposes of repair to the lintels. The enforcement notice requires these tiles to be reinstated.

“The enforcement notice also requires the reinstatement of glazed ceramic tiles to all elevations where they have been removed or damaged as a consequence of the unauthorised works. The timescale for compliance is one year after the notice takes effect.”

Mr Southall is free to lodge an appeal with the planning inspectorate. If he does not do this, or his appeal is dismissed, and he does not comply with the notice, he could be taken to court.

The removal of the tiles came days after Mr Southall announced he was pulling a fundraiser for £85,000 to convert the pub into a temporary refuge for Ukrainian women and children.

The plans were well received by the neighbourhood when first announced, but questions were subsequently raised about how much Mr Southall set to personally benefit from the plans – and why he needed money to renovate the building.

The stop notice is now displayed on the pub, but the enforcement notice appears to have been removed.

The Montreal Arms is a locally listed building. This means it has been identified as a heritage asset that is important to the local area and its people.

The Montreal Arms is not a statutory listed building and therefore the council cannot use legislation that relates to works to a listed building. This means that there is no control over internal alterations to the building.