It was fourth time lucky for a developer after he won an appeal that granted him planning permission to build a one-bedroom “retirement cottage” in his back garden. 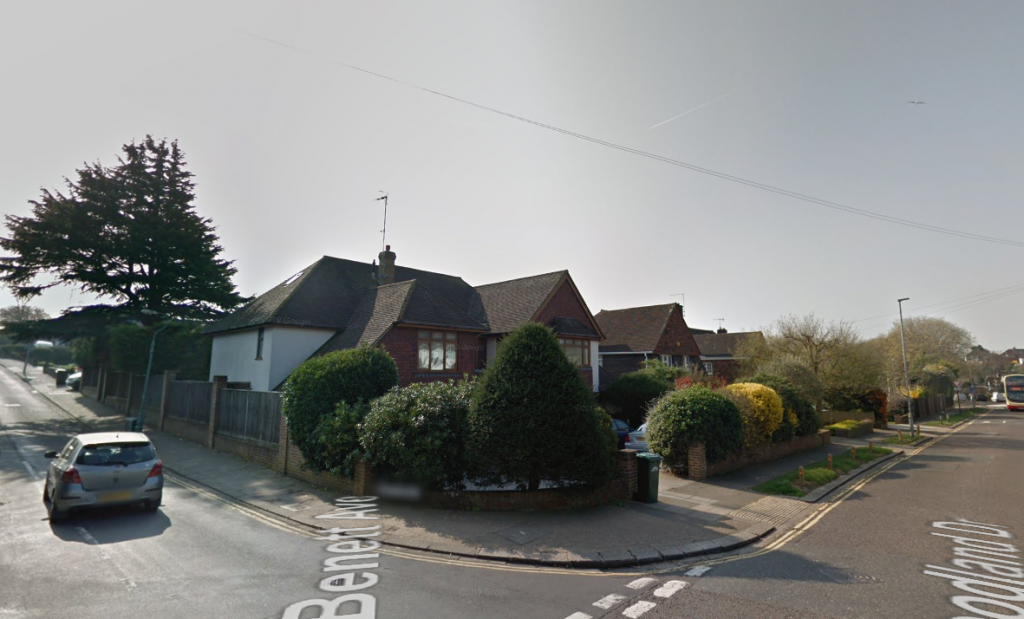 7 Woodland Drive in Hove on the corner of Benett Avenue

John and Sylvia Regan renovated the Woodland Drive property after buying it almost 20 years ago.

The new house is expected to be built by the family company, run by their son Daniel Regan, 48.

Councillor Brown described the plot as “tiny” and said that it lacked adequate “outside amenity space”.

Planning inspector Louise Gibbons also cited the lack of outdoor space when she refused previous plans for the site on appeal.

But when the latest application went to appeal, planning inspector Martin Andrews said that the garden was “large enough”.

And Mr Andrews said that the proposed new building would not be harmful to the Benett Avenue street scene.

He said that the law gave more weight to proposals for housing in areas where the council was unable to prove that there was an adequate “five-year supply”.

Mr Andrews said: “This applies to Brighton, with a shortfall of 1,400 dwellings and where incremental provision within the existing built-up area is likely to have a significant role.

“In this instance, I am satisfied that any actual or perceived adverse impacts of granting permission would not significantly and demonstrably outweigh the benefit of an additional dwelling.”

Mr Regan’s agent, Ian Coomber, the founder of Absolute Town Planning, said: “A year of waiting for what is effectively a retirement cottage is not great.

“But the decision was the right one … thankfully we have an independent Planning Inspectorate.”