Axe-throwing range to open in Brighton 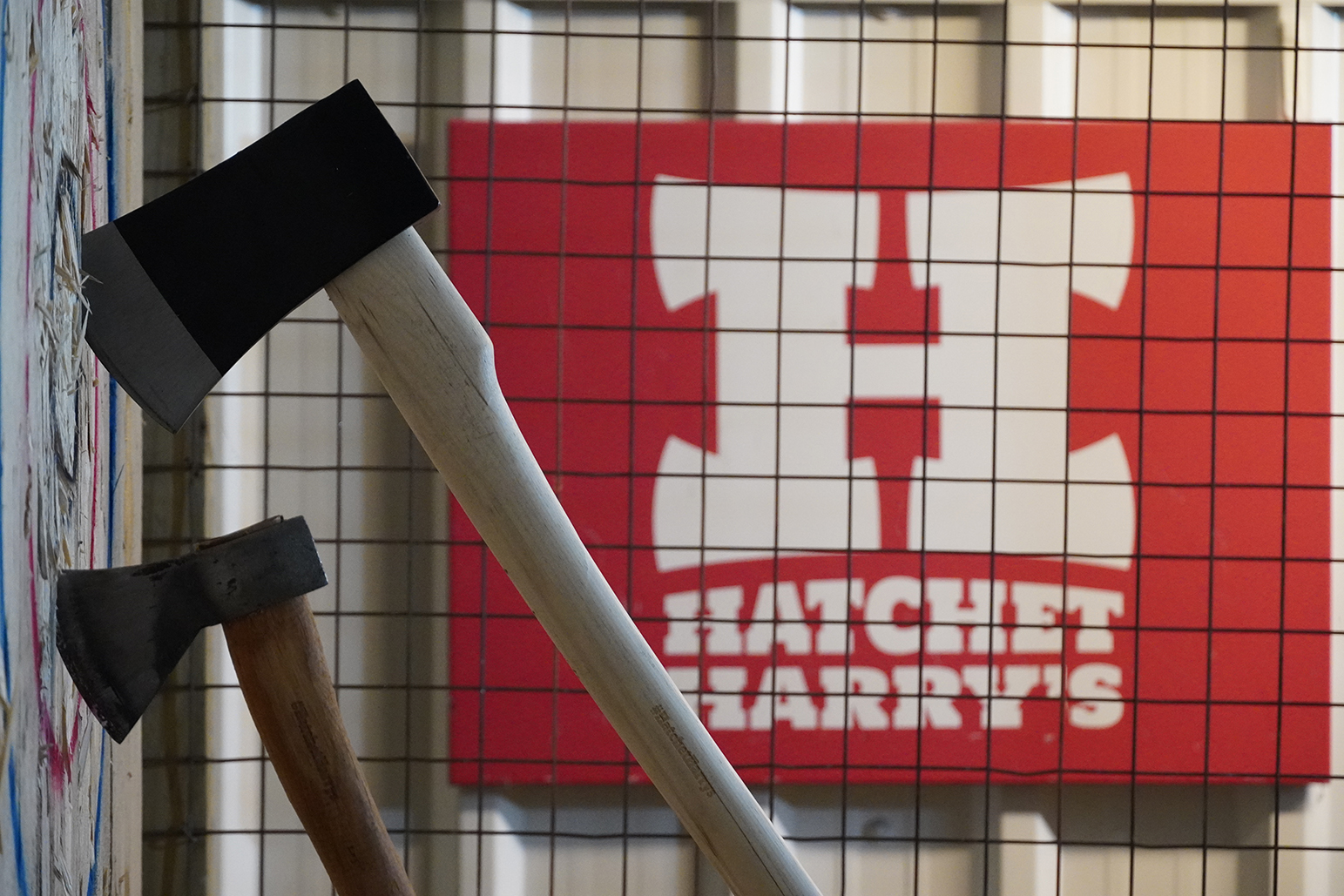 An axe-throwing range opening in Brighton next month is hoping to attract stag and hen dos and couples on dates.

Hatchet Harry’s is planning to open on Saturday, June 25 at former Pizza Hut in Dyke Road – with plans to sell donuts there also in the pipeline.

The sport of axe throwing, which involves throwing real hand axes at wooden targets under supervised conditions, is a traditional Canadian pastime originally invented by lumberjacks.

Jack Beadle, who runs the company with partner Richard Bridge, said: “We’ve had our eyes on premises in Brighton for a long time now, and negotiations have been going on behind the scenes for the old Pizza Hut building for a good while.

“We’re absolutely delighted to finally announce our plans, and we’re certain that the people of Brighton will love the experience of this ‘cutting-edge’ leisure activity. It’s really great fun – and also not nearly as easy as our instructors make it look!”

Jack said that the Hatchet Harry’s brand of axe throwing was enjoyed by the young and old alike, and was especially popular among stag and hen-do’s, birthday parties and couples on a date night.

He added: “One of the surprising things about axe throwing is that burly young men, who may arrive at the venue feeling quite confident, can often find themselves out-thrown by women – or men – of half their size. They soon discover that technique is more important than brute force!”

The new venue in Brighton can cater for groups of between two and 66 people for 90-minute axe-throwing sessions. All venues also host a ‘Club Night’ each Monday where regulars and more experienced axe-throwers can enjoy unsupervised sessions.

Hatchet Harry’s has taken out a ten-year lease on the unit, which was let through Flude Property Consultants.

Director Will Thomas said: “This was an interesting and initially large space that came back to our client when Pizza Hut, who had been in occupation for a long time, suddenly left last year.

“The space was quickly reconfigured and with Brighton having such a strong leisure market, the letting to Hatchet Harry’s was agreed and I am sure axe throwing will be well received.

“Leisure and particularly food led enquires are still highly sought in the city and we have other sites currently under offer within this sector soon to complete.”

Jack and Richard opened their first Hatchet Harry’s venue in Newcastle in May 2019. They have since opened venues in Nottingham, Liverpool, Glasgow and Aberdeen, Middlesbrough and Derby, with plans for more branches this year.

Its range of donuts was launched when it was closed during the pandemic, and was initially sold online.

The firm has expanded despite being forced to close for several months due to Government Covid restrictions. During this period, the owners came up with the idea of selling doughnuts online.