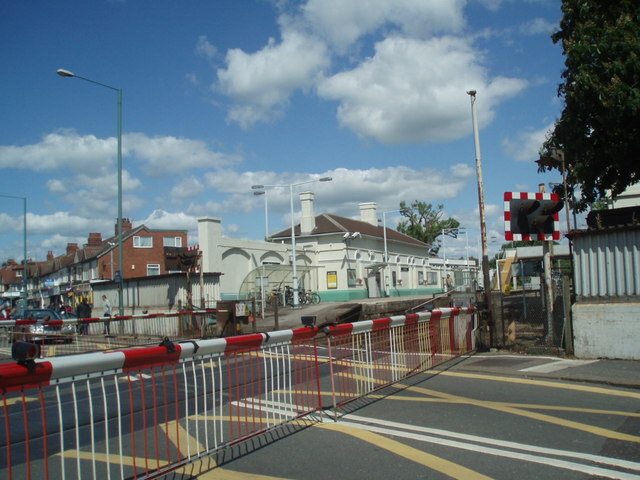 The level crossing at Portslade Station. By Paul Gillett/Creative Commons

A warning that Portslade station level crossing was due to close for four days was taken back within hours of being issued this morning.

The council said electrical works due to be carried out by UK Power Networks would mean the level crossing on Boundary Road would be closed.

The council later updated their Twitter to apologise, and say the works will now be delayed. Both tweets have now been deleted.

Any closure would affect bus routes 6 and 46, operated by Brighton and Hove buses.

Brighton and Hove Buses said the 6 and 46 services would be diverted via Old Shoreham Road, Olive Road and Portland Road.

News of the closure renewed calls for more accessible pedestrian routes around the station.

Resident Neil Nam said on Facebook: “Wheelchair users, parent/carers with wheelchairs, prams etc will have to go down Victoria Rd, under the railway and then back along Vale Rd, then back up Station/Boundary Road to go north-south and vice-versa, or get to/from the required platforms.

“It’s time there was an accessible route over the track at the station itself.

“Once, a while ago, the entrance to the eastbound platform was closed, and I was left to get to it from the westbound platform, by going over the footbridge, with my son in his wheelchair.

“It was impossible so I couldn’t go. I had to get a bus to Brighton instead, adding 45 minutes to the journey.”

A spokesperson for UK Power Network said: “Engineers need to carry out repairs to an underground cable fault at the junction of Boundary Road and Victoria Road, Portslade, to maintain reliable power supplies for local homes and businesses.

“We are working tonight on finalising the traffic management and diversions, but the railway level crossing itself will not be closed as the result of this work.

“Our teams will work as quickly and safely as possible to keep any disruption to traffic to a minimum. We apologise for any inconvenience caused.”