The former Brighton and Hove Albion footballer Yves Bissouma has been cleared of sexual assault after a police investigation lasting more than eight months.

Bissouma, 25, who joined Tottenham Hotspur earlier this month, was arrested along with a man in his forties at a night club on Brighton seafront in October last year.

Footage of police taking the player out of the night club, in King’s Road Arches, was shared widely on social media at the time.

The midfielder was initially released on police bail. He was later released under investigation in January shortly before he travelled to Cameroon to represent Mail in the Africa Cup of Nations.

Almost nine months after the claims were made – on Wednesday 6 October last year – the investigation is still incomplete.

But Bissouma, who joined Spurs for about £25 million a fortnight ago after four years with Brighton, has been told that he faces no further action.

Sussex Police said: “A man in his forties, from Brighton, who was arrested on suspicion of sexual assault has had his conditional bail extended until Monday 4 July.

“A man in his twenties, also from Brighton, who was arrested on suspicion of sexual assault has been released with no further action to be taken.

“The investigation is ongoing and no additional information is available at this time.” 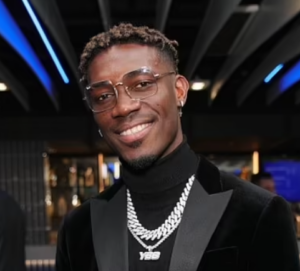