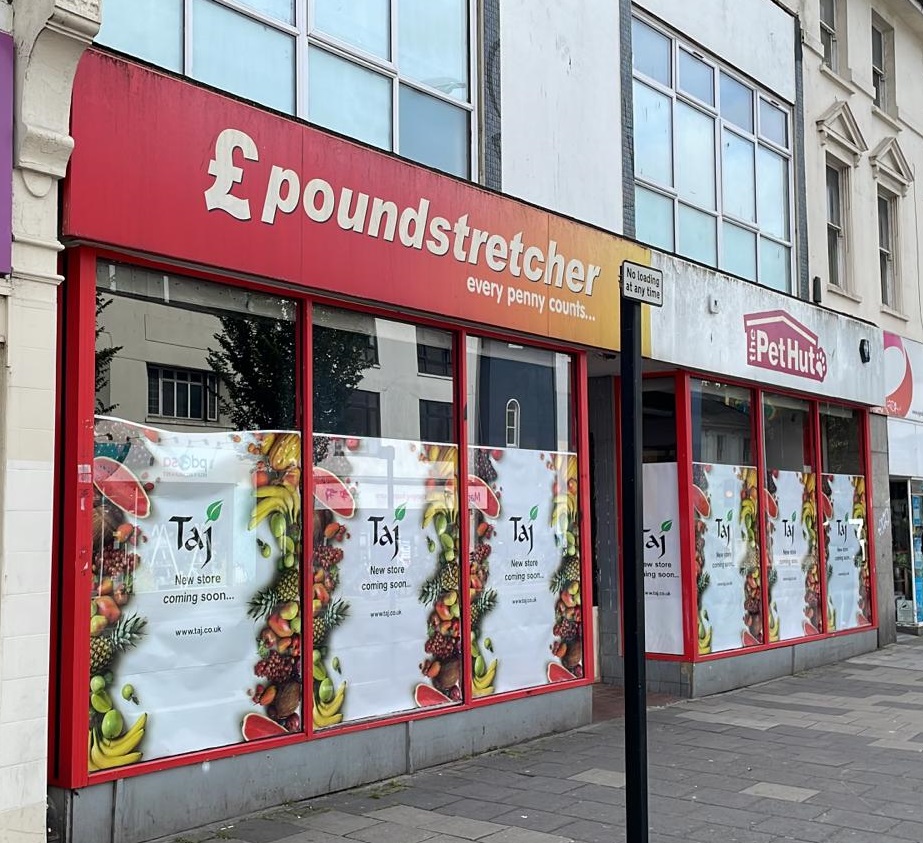 Taj the Grocer is preparing to open two new Brighton stores in the coming weeks.

The independent supermarket, which specialises in groceries from around the world, is refitting the former Poundstretcher unit ready for an August opening.

And it is also opening a new store on the Falmer campus in September.

Owner Amir Khan said the London Road store will stock all the same ranges as its flagship Western Road store, but on a smaller scale.

He said: “It’s going to be opening in mid-August. There will be fresh and organic foods, international produce, a deli counter and a meat counter.

“It’s very exciting. We’ve been fitting out the store since April.”

The former Poundstretcher unit at 46-47 London Road is owned by Julien Richer, the founder of Richer Sounds, which has a store a few doors down.

JR Properties last year applied to demolish the unit and build a four-storey building in its place. The application is still outstanding.

But Mr Khan said Taj had taken out a long lease on the site, and was intending on staying there indefinitely.

Dowsett Mayhew, the planning consultancy which is acting as an agent for JR Properties, said the owner did not want to disclose their future plans for the store.

Taj previously had a store on the corner of St James’s Street, opposite the Old Steine. This closed in 2010, and was taken over by Sainsbury’s.

Its flagship store on Western Road, opposite Waitrose, expanded into the unit next door at around the same time.