What are developers doing to cut dependency on fossil fuels?

It’s a strange world. Our government is sending aid and weapons to Ukraine on the one hand and all the while we send millions to Russia every day in exchange for gas – money they use to arm their troops to fight the Ukrainians.

With a carbon-neutral future planned and Russian energy dependency such an issue, the need to move away from fossil fuels, particularly gas, is more urgent than ever.

We can all turn down the thermostat a little, but ultimately the change to renewable energy for heating, especially gas, is going be delivered by government, industry and those building and renovating the houses we live in. So, what are developers doing?

For all the talk of renewable energy, the most important thing when building a house is to ensure that a minimum amount of energy is required to heat it in first place. The most obvious thing here is a high level of insulation, both in the walls and roof, but also through things like double glazing.

Next, we need to minimise leaking air – there is little point heating the building if all the heat escapes through gaps (where door frames meet walls, for example).

We test that by pressurising the whole house and seeing how quickly the air pressure reduces. It’s a simple thing to increase insulation and fill up these gaps – and critical too.

Once a building is complete, going back to solve any issues or upgrade retrospectively is nigh-on impossible. That’s why maximising this “fabric first” approach should be the number one target for improvement. The less we need to heat a building in the first place, the less energy we use of any kind.

So how do we heat them? When we build blocks of flats, we opt for communal heating systems as they are more efficient. Four or five large boilers can do the job of 50 when connected together.

Communal heating systems are cheaper to maintain and run as well, cut installation costs and complexity and will be simpler to change to new technology in the future.

And it does not have to be all gas boilers of course – in the block we are currently building in Kingsway, heating will be provided by an air source heat pump with gas boiler subsidiary.

It is worth pointing out that these only really work in new blocks – you need to have underfloor heating as opposed to radiators as the whole system works at lower temperatures.

Why not electric, you might be asking. The main issue with electric is the infrastructure available – to heat large blocks of flats would require a lot of current and the cables in every road would need to be changed for larger ones, plus new substations too.

Across the whole country that’s a huge proposition and, even if achieved, unless all energy is provided nationally via renewable sources then ultimately it’s still fossil fuels we are using. 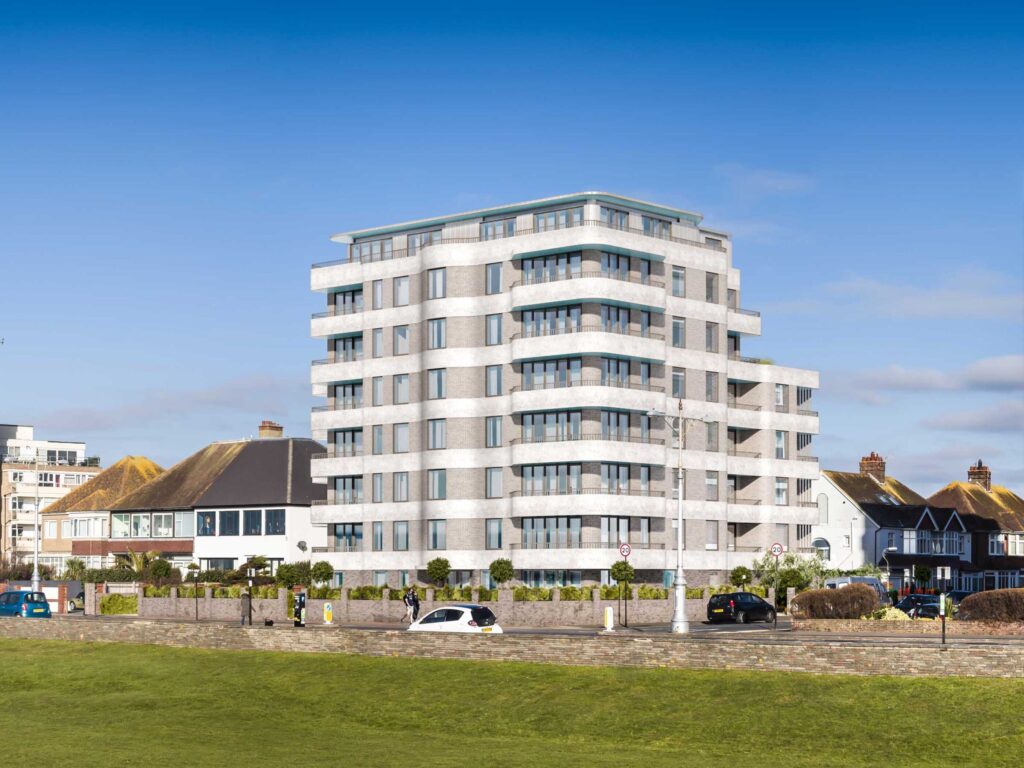 A visualisation of the Argentum scheme in Kingsway on Hove seafront

On houses there are more options. More roof space compared to floor space means solar power can be possible, ground source heat pumps and other technology can be deployed too.

But while we are minimising the amount of energy being used and trying to move away from gas, until a vastly better alternative arrives we’re stuck with it to some extent.

What will hopefully be the future is the switch from natural gas to hydrogen. SGN, part of British Gas, are already running a pilot scheme in Scotland (search for h100fife for more information). It pumps the carbon-neutral gas through the existing infrastructure.

To change existing gas boilers to run on hydrogen is relatively simple, especially if you’ve already future-proofed your new block by having a centralised plant room. There is just the small snag that we need to produce the hydrogen efficiently in the first place.

In the short term, building regulation requirements changed just this month to require house builders to deliver more energy-efficient homes – a 30 per cent reduction of carbon emissions for new builds.

It is going to take some lateral thinking though – houses prices are static and build cost has already risen by 20 per cent this year before the new requirements.

Delivering these new homes is going to be a challenge but it is one we must all rise to and not just to stop climate change – as if that wasn’t enough.