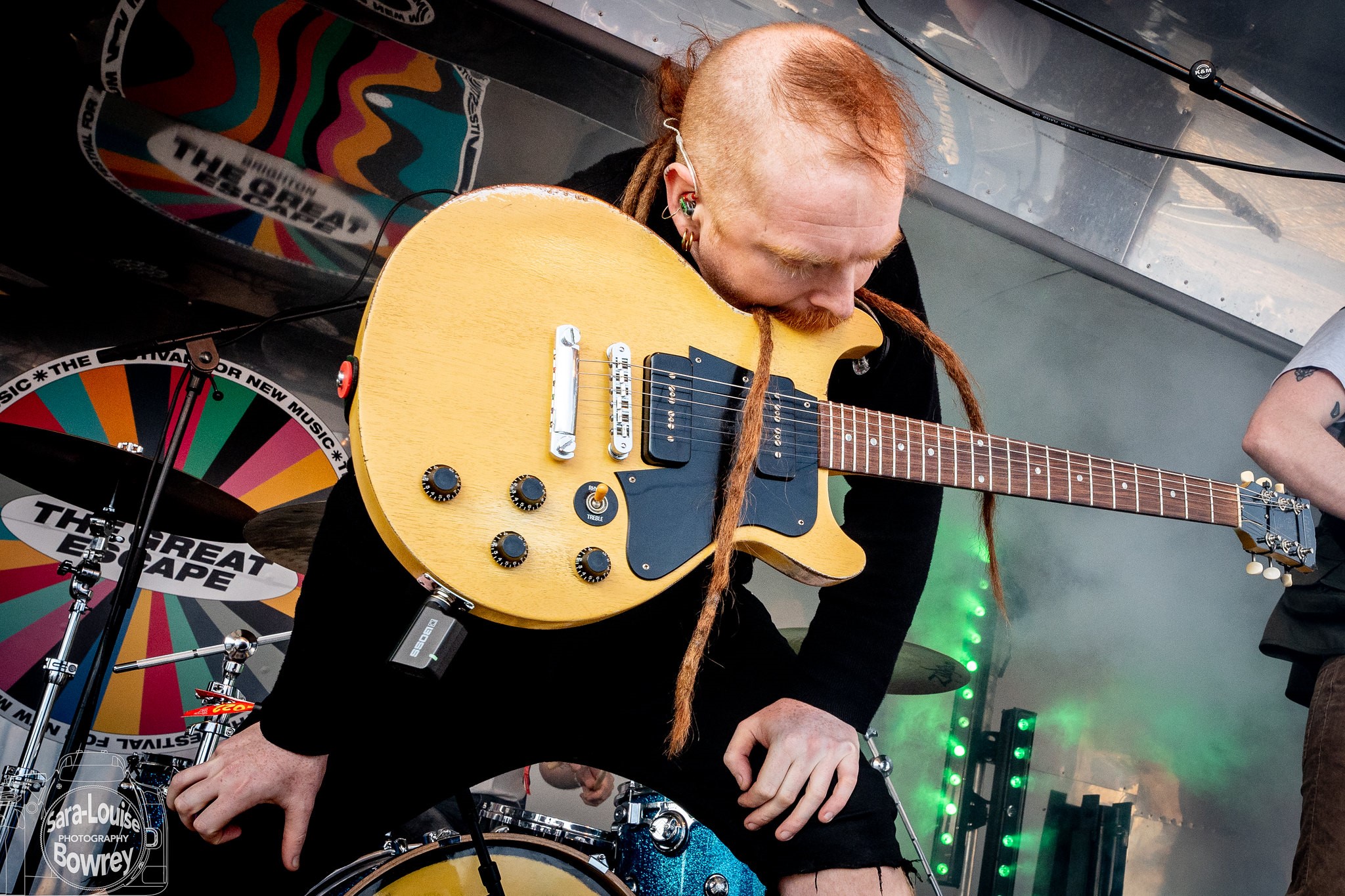 Back in May the Brighton & Hove News Music Team covered no less than 168 live performances at this year’s Great Escape new music festival. Our team of 12 that attended, individually voted in secret as to who was the very best of those that they had seen and the accolade went to none other than THUMPER – see the results HERE. 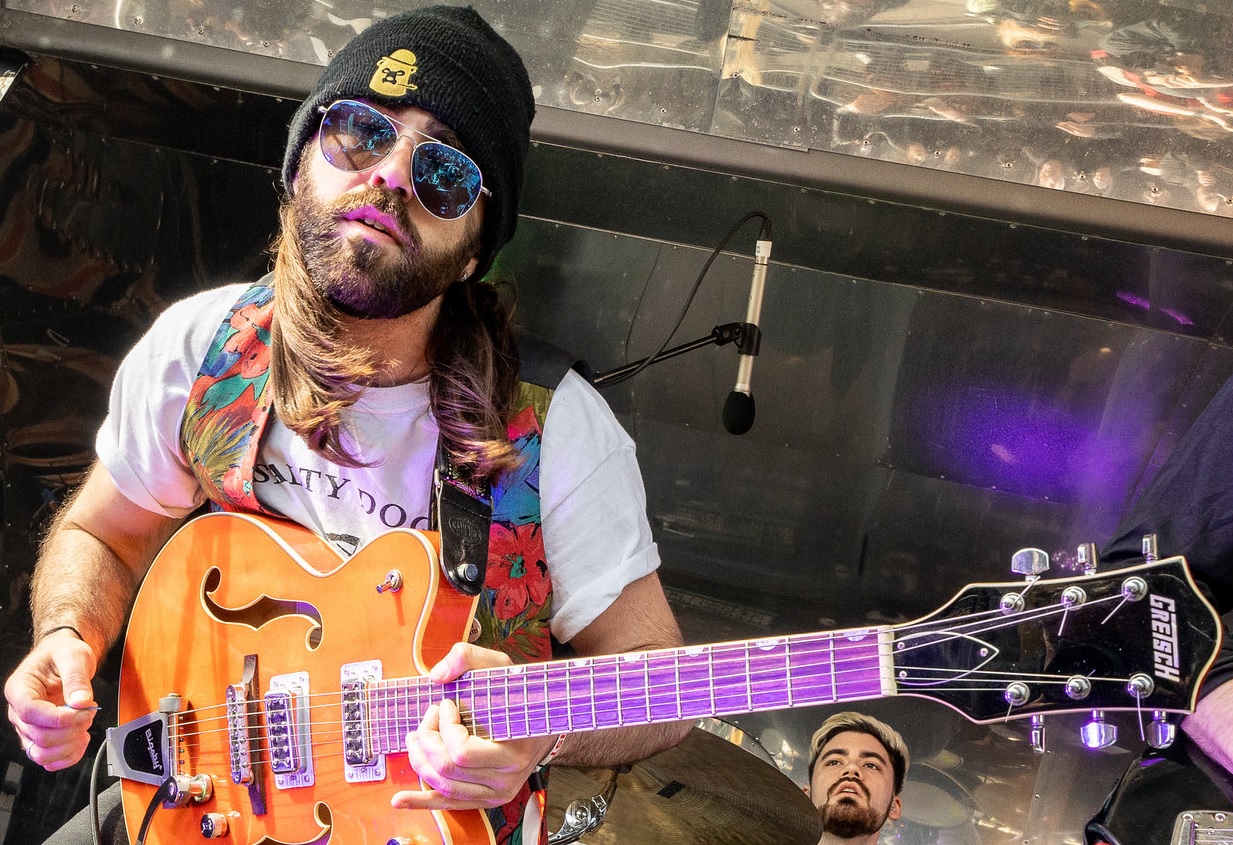 If you missed them, then fear not, as today the band have announced a trio of English dates as part of their 18 date European tour in support of their latest album ‘Delusions Of Grandeur’ which dropped back in March. One of the three dates sees a welcome return visit to Brighton, where courtesy of One Inch Badge, they will be playing live at The Green Door Store on Wednesday 5th October 2022. 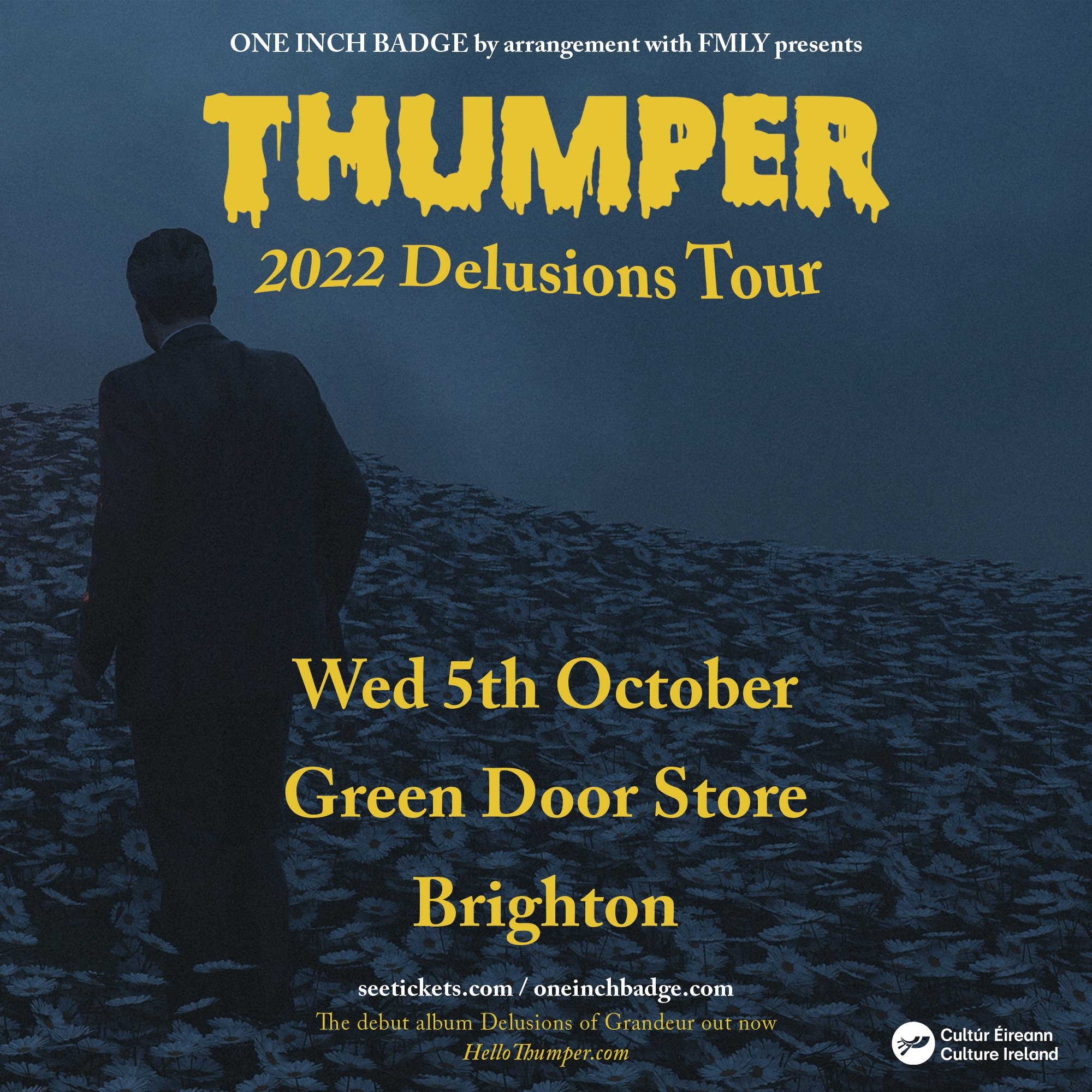 For an exciting new band that are on the up and have played to a large Great Escape crowd on Brighton beach as part of The Great Escape, clearly the band don’t have “Delusions Of Grandeur” as The Green Door Store is a vibrant but compact music venue located underneath Brighton main railway station, and thus tickets will be selling very fast. So to that end, here is the ticket link for this Brighton concert. 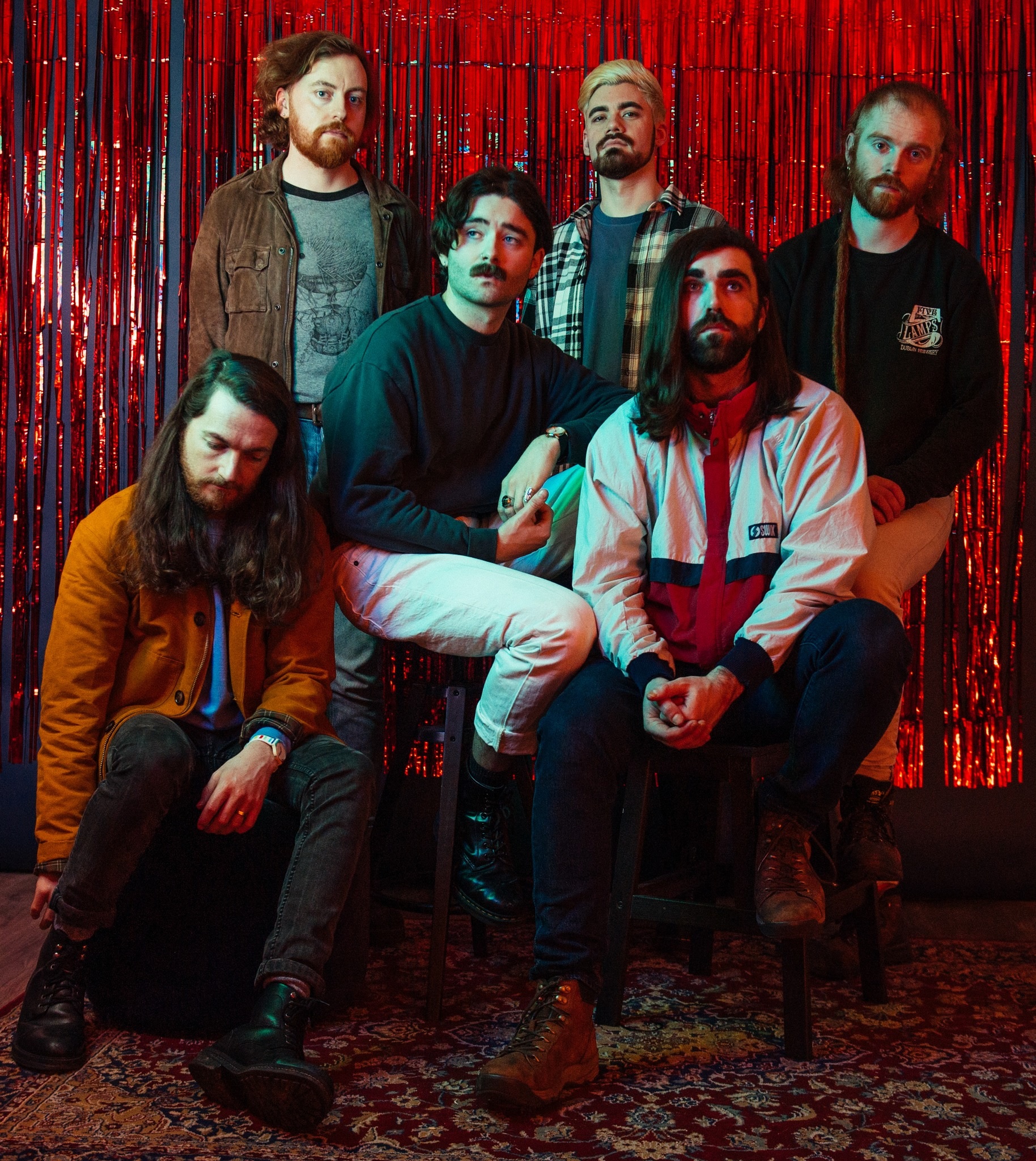 Here is an up-and-coming band that certainly have a name befitting their sound – meaning: “to strike against something heavily and noisily”. The sextet are from Dublin and are made up of Oisin Leahy Furlong (vocals/guitar), Alan Dooley (guitar/vocals), Alex Harvey (guitar/vocals), Dav Campbell (bass), Stevie D’Arcy (drums), and Shane Holly (drums). Yep that’s right two drummers! 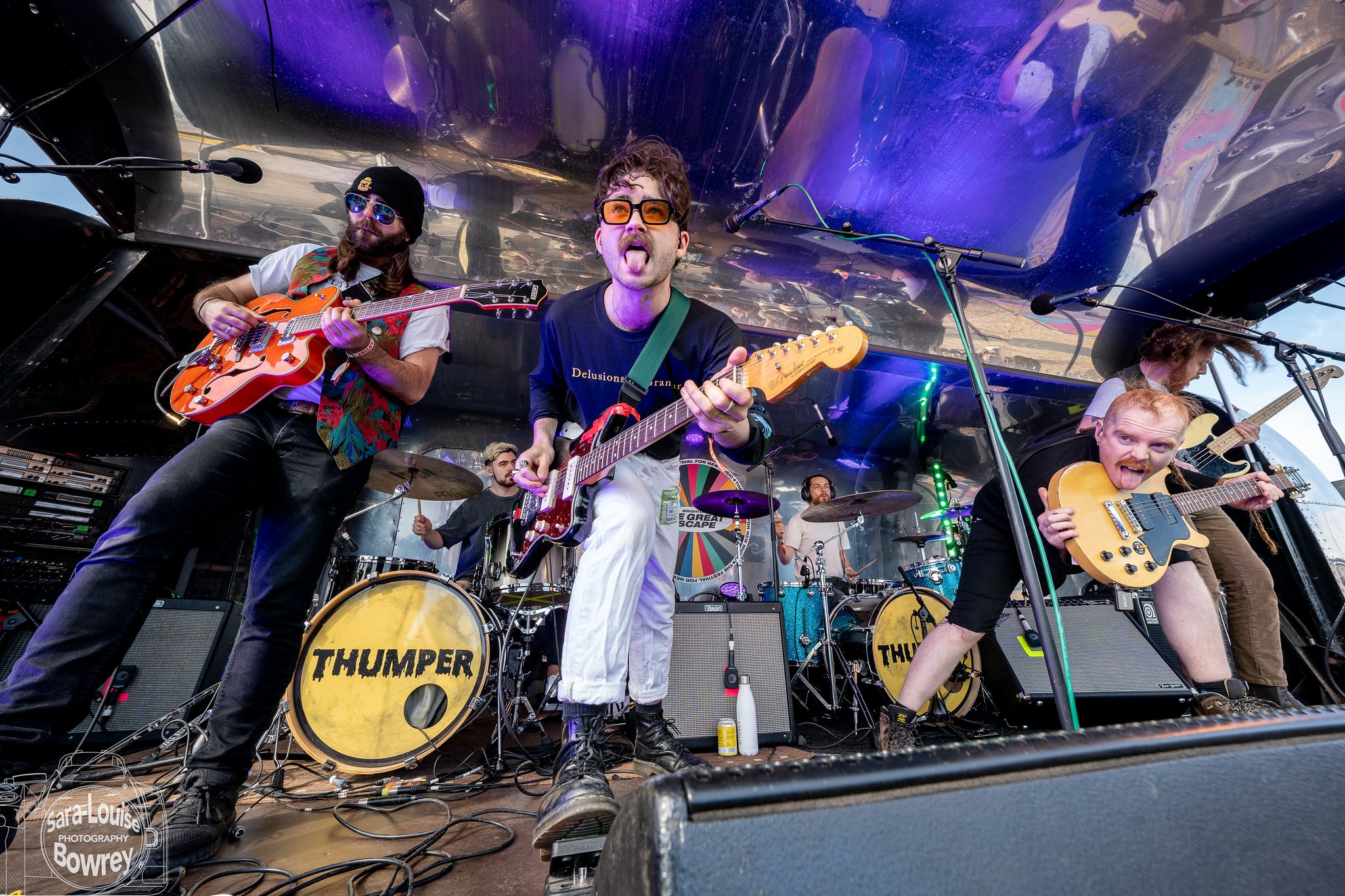 THUMPER is a relatively new name that you should be made aware of, especially if you are a fan of IDLES, Fontaines DC and those of a similar ilk.

THUMPER are the band everyone’s talking about, delivering bubblegum pop through a wall of sonic death. With a reputation for raucous and frenzied live shows and penchant for howling feedback and pounding rhythm, each show is an exercise in unpredictability. 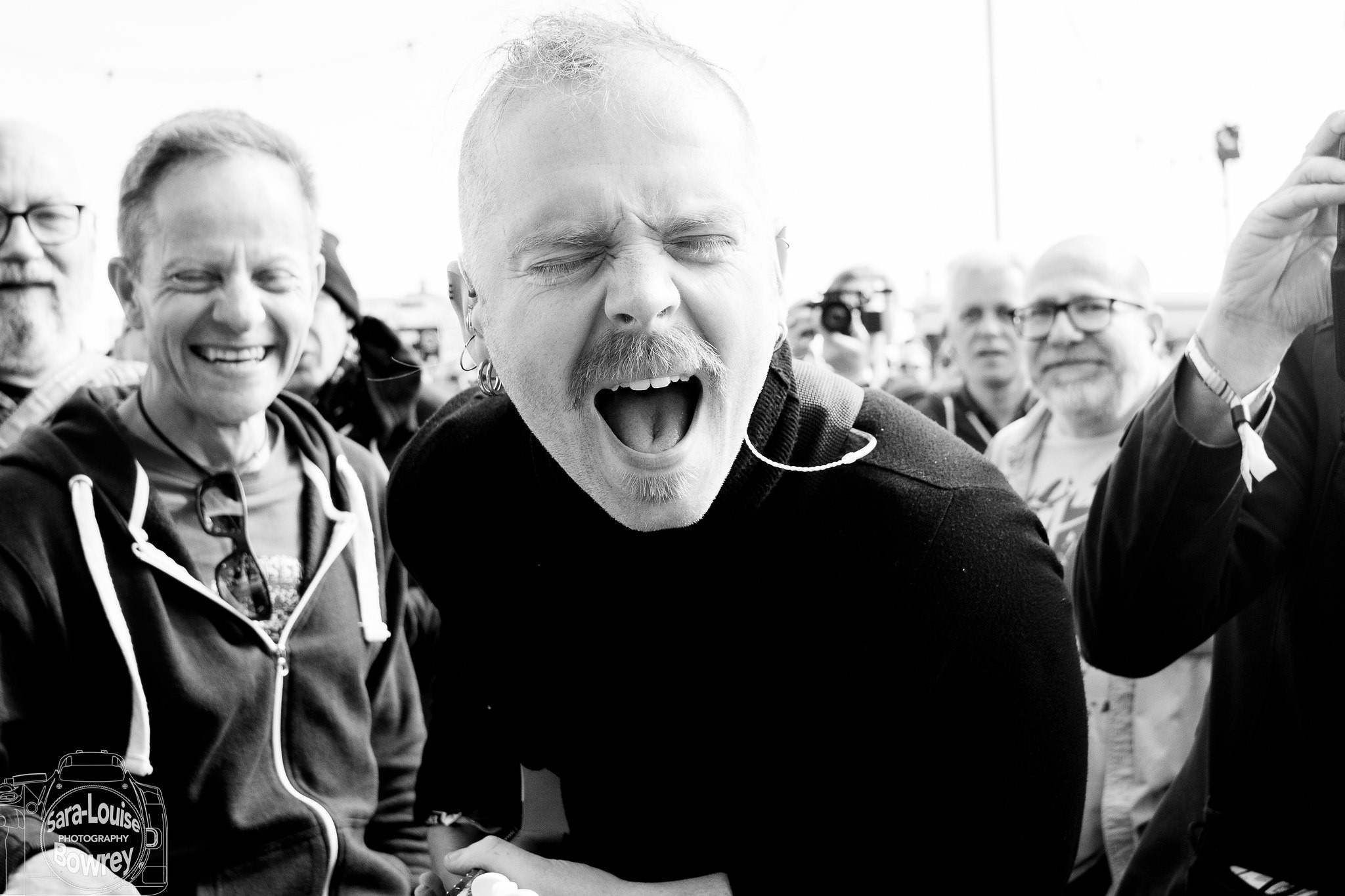 In 2019, THUMPER headed out on tour in support of their 5-track vinyl ‘Out Of Body Auto-Message’, which is certainly worth checking out. They played live here in Brighton and the Brighton & Hove News Music Team were on the case! Read our report HERE.

‘Out Of Body Auto-Message’ was the first studio record by the band and was produced by Dan Fox (Girl Band). THUMPER had stepped away from their early days of lo-fi bedroom recordings into a more widescreen effort – without losing any of the grit that defined the early material. From the mile a minute word vomit of ‘AFL’, to the 10 minute psych meltdown of ‘3am & Restless’, each song squirms to contain the dichotomy of its blistering psych and its saccharine pop sensibility. 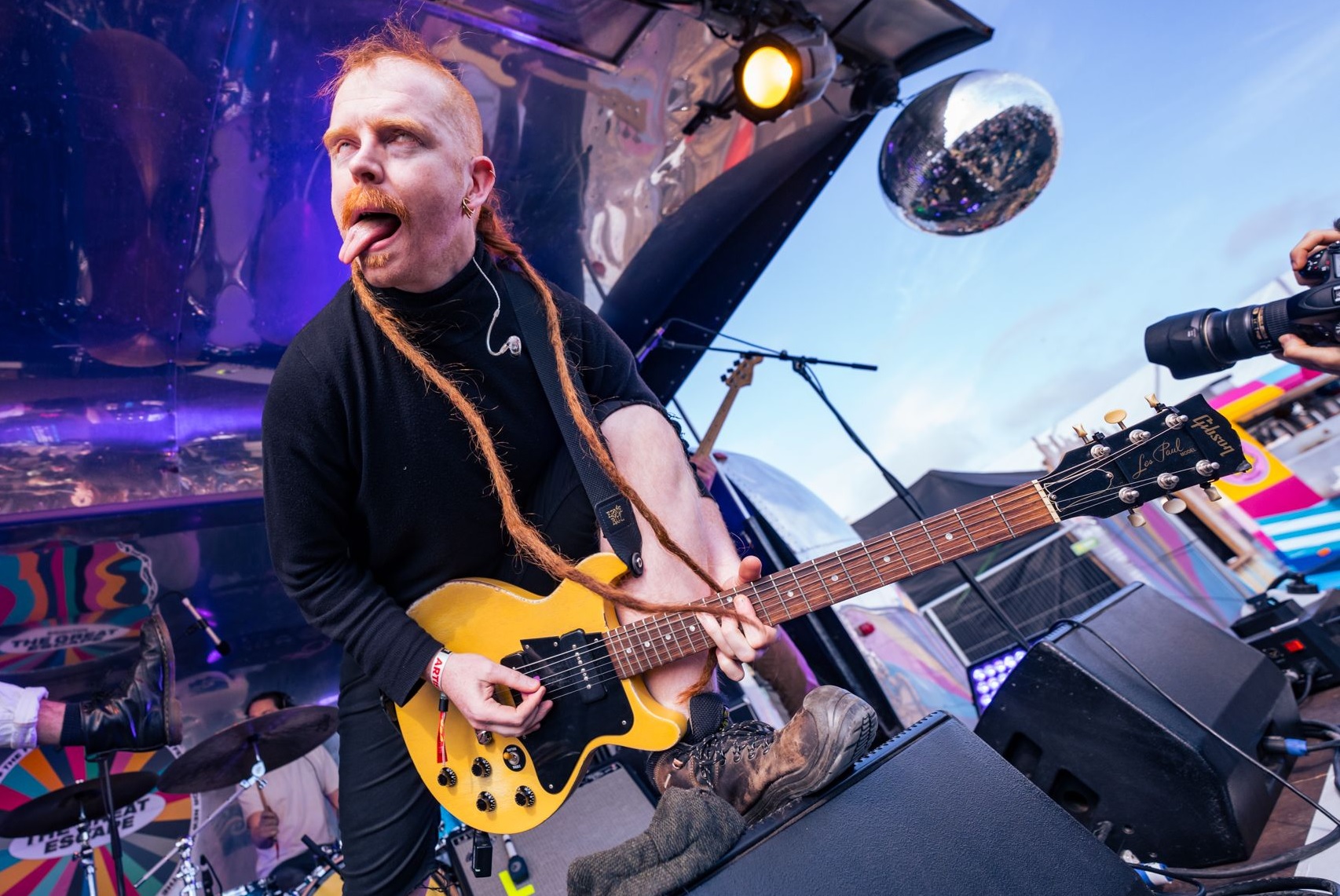 Thumper live at The MVT Stage at The Great Escape, Brighton May 2022 (pic Cris Watkins Photography/PunkInFocus) (click on pic to enlarge!)

Also in 2020, THUMPER performed a blistering show at Patterns in Brighton in support of their single ‘Ad Nauseam’. The Brighton & Hove News Music Team were again in attendance, read our review HERE.

This intense touring schedule was abruptly cut short in March due to Covid19, however the band channelled this momentum back into the studio. In June the single ‘Topher Grace’ was released to critical acclaim – scoring extensive radio play on BBC6, Kerrang! & RadioX amongst others in the UK, as well as support from RTE and others at home in Ireland. It was also included on several Spotify and GooglePlay playlists, making the cover of Spotify’s The Punk List. 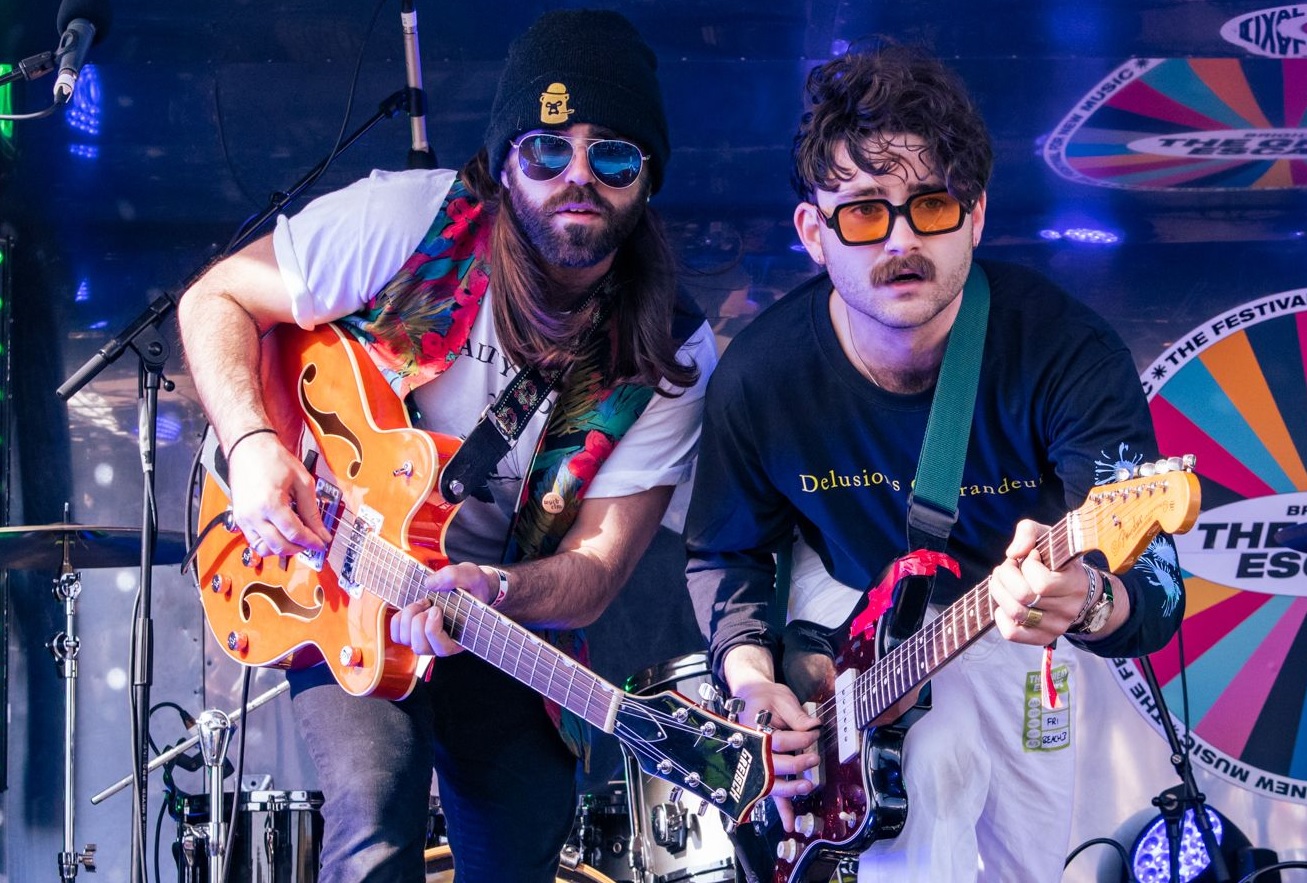 Thumper live at The MVT Stage at The Great Escape, Brighton May 2022 (pic Cris Watkins Photography/PunkInFocus) (click on pic to enlarge!)

THUMPER are a truly brilliant band! But don’t just take our word for it………….

“A band so far up my street they might as well be kicking my front door in” – Philly Taggart, BBC Radio 1

“In Dublin it’s been thrilling to witness The Murder Capital, Fontaines D.C. & THUMPER to see who can be the most visceral on stage and on record” – Hot Press Magazine

“Cult heroes in their native Dublin, the band’s crunching sound and intense live shows are shot through with a dynamic, ultra-infectious sense of energy.” CLASH Magazine

‘Delusions Of Grandeur’ can be purchased HERE. 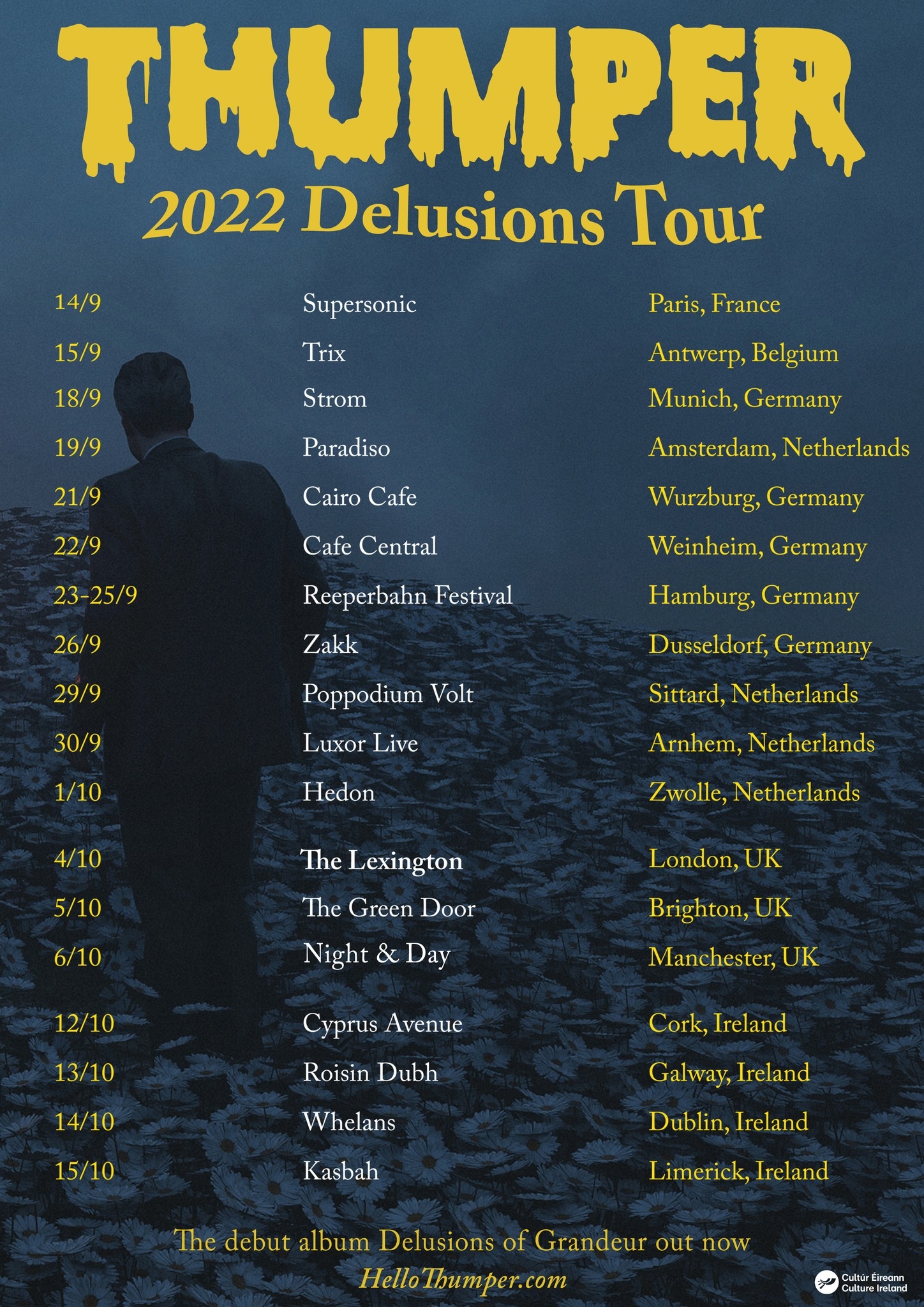