Planners defer decision on plan for another shared house in Brighton

Councillors have delayed making a decision about plans for a new shared house to see if it would be permitted under a new policy.

And he narrowly won backing for a delay in considering a planning application for 55 Auckland Drive, Brighton.

Councillor Yates said that he wanted to see if it would comply with new “density” rules for houses in multiple occupation (HMOs) in the City Plan – a strategic planning blueprint.

Brighton and Hove City Council is in the process of formally approving the City Plan Part Two.

Councillor Yates spoke out when the 55 Auckland Drive plans went before the council’s Planning Committee at Hove Town Hall on Wednesday (10 August).

He said that the increasing number of family homes being turned into shared houses in his ward had meant fewer pupils at schools in the area and a loss of healthcare facilities.

The policy, governed by what is known as an “article four direction”, is that no more than 10 per cent of properties within a 50-metre radius of a proposed HMO can be shared homes.

A report to councillors said that only 8 per cent of homes within a 50-metre radius of 55 Auckland Drive were HMOs.

The council is expected to adopt the new policy as part of the City Plan Part Two at a meeting of the full council in October.

The new policy limits new HMOs to 20 per cent in a neighbourhood known as a contiguous output area.

It would also prevent private homes – from being “sandwiched” between shared houses and ban the creation of a block of three or more HMOs.

There are about 5,000 licensed HMOs in Brighton and Hove, housing students and workers who cannot afford their own flat or house. 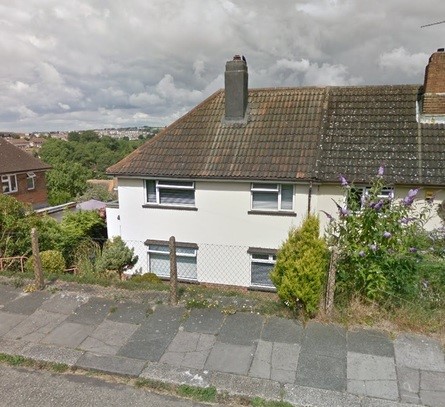 Councillor Yates said that the issue of “studentification” was first raised in Moulsecoomb and Bevendean and had led to policies to protect the area and others across the city.

He wanted to see the new 20 per cent rule applied by planning officials because other aspects of the DM7 policy, including quality and standard of accommodation, were used and given “due weight” in the report before the committee.

Councillor Yates said: “The policy is there to make sure we don’t have an impact on wider amenity, things like the availability of health and school facilities.

“School and health facilities have both been adversely affected in my term as a councillor within Moulsecoomb and Bevendean, specifically Lower Bevendean that’s lost all of its healthcare facilities, and has a threat of losing school places thrown upon it as well and subsequent threat to the school as a whole.

“I find it very difficult to support this report at the moment without being able to see the data associated without use ensuring policy DM7 is met fully.”

He was told the council’s planning department does not have the “mapping” technology yet to measure the information requested by Councillor Yates.

Councillor Yates argued the council has the data on HMOs, and he could work out the information required that day.

Green councillor David Gibson, who represents Hanover and Elm Grove which is also covered by the same existing restrictions on new HMOs as Moulsecoomb and Bevendean, backed Councillor Yates’ request.

He said: “The important point for me is the density of HMOs, the 20 per cent criteria is quite a high bar and is very important. I wouldn’t want to support a recommendation without that information.”

Independent councillor Tony Janio said that the committee should stick with the current rules.

He said: “If we had been judging the last 10 years’ worth of planning decisions on City Plan Part Two, which might come in at some stage, we’d never get anything done.

“As far as I know, we’re going by the current regulations, which do not allow for this test.”

The committee agree by five votes to four to delay the decision until the new information was available.