Man wanted for attack on woman in Brighton street

A man is wanted by police for questioning about an attack in a Brighton street in the early hours of the morning. 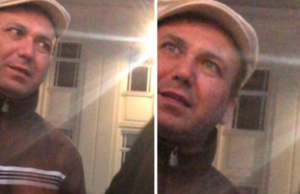 Sussex Police published pictures of the suspect and appealed for help identifying the man.

The force said: “Police are appealing for help to identify a man in connection with an assault in Brighton.

“A group of women reported being followed by a suspect in West Street and then in Duke Street at about 2.40am on Sunday 10 July.

“One of the women was assaulted by the man.

“The suspect was described as being a white man in his forties, with blond or light brown hair, wearing a red-coloured jacket or jumper.

“Officers have released an image of a man they wish to speak to in connection with the incident.

“Witnesses or anyone with information that could help the investigation are asked to report it to Sussex Police online or call 101 and quote serial 412 of 13/07.”