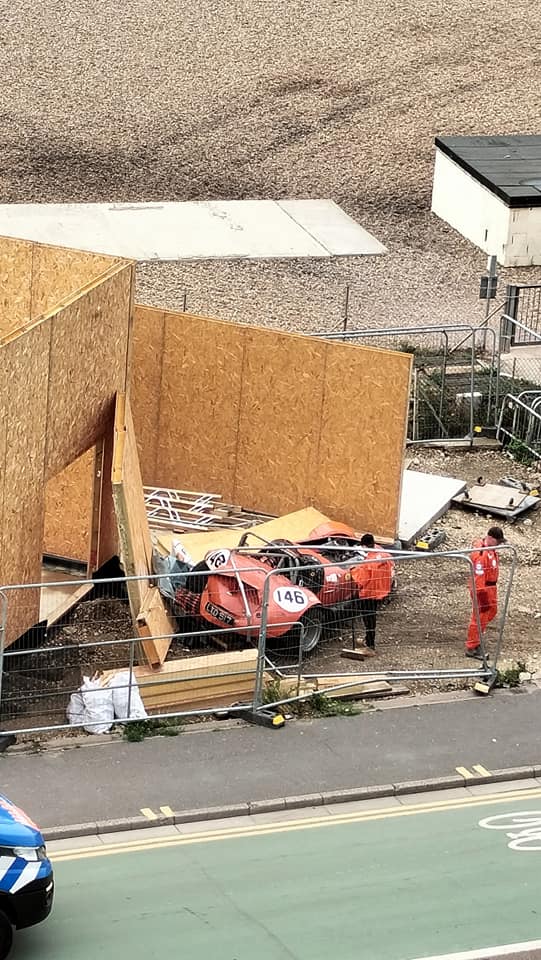 The opening of the commercial units at the new Sea Lanes swimming pool has been delayed by months because of damage caused by a crash at this month’s Speed Trials.

Sea Lanes today announced the first of the tenants who were due to move in before Christmas – and who include Bison Beer, two food outlets and a children’s nursery.

But it says the crash has put back the opening until February next year.

However, construction of the 50m heated freshwater pool is due to start next month, once Volks Railway has closed, and it should open in spring next year. 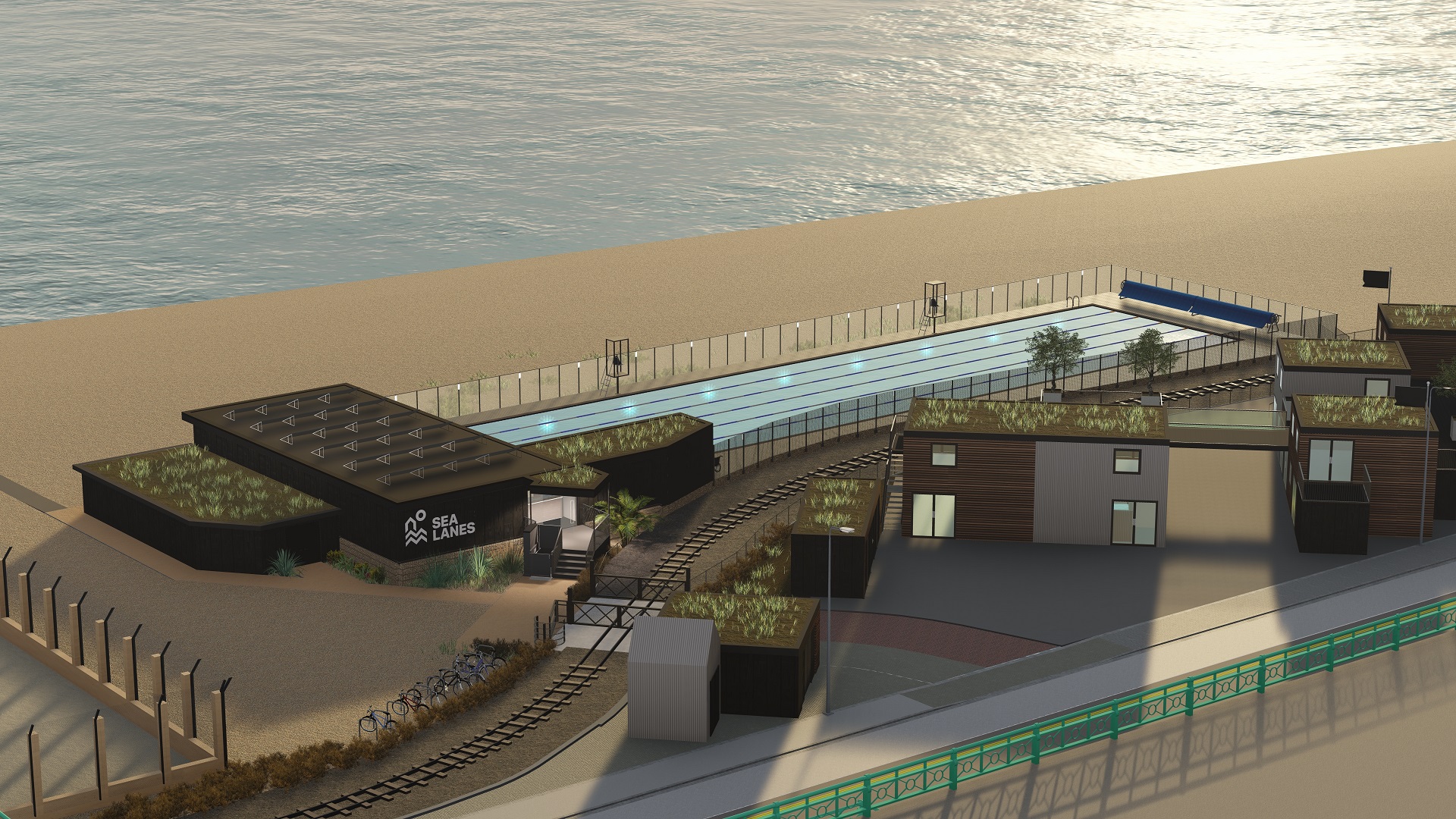 An artist’s impression of the completed Sea Lanes pool

Joe McNulty, Sea Lanes Brighton Director, said: “It is frustrating that the crash during the annual Speed Trials caused damage to a wall that has impacted our construction of the small business units at Sea Lanes.

“The pool is still on track and will provide the much-needed swimming facilities in Brighton. We look forward to welcoming you all to the first National Open Water Swimming Centre of Excellence next spring.”

The crash happened at the Speed Trials on Saturday, 3 September, when an 88-year-old driver lost control of his car, crashing first into a Victorian lamp post before ploughing into one of the incomplete units.

South Downs Leisure, the trust which runs the Splashpoint pool in Worthing, will be operating the swimming pool.

Sea Lanes estimates the whole development will create over one hundred new jobs for the local area including lifeguards, a pool general manager and a learn to swim coordinator.

The freshwater, partially heated pool will be 50m long by 12m wide, and approximately 1.2m deep.

There will also be changing rooms, a pool reception area and a plant room.

The pool will sit on a concrete raft, similar to those constructed for the commercial units, partly sunk into the beach with a concrete retaining wall.

Click here for more information about Sea Lanes Brighton Ltd and to register for early bird membership to the pool.

To express an interest in the Sea Lanes business units please contact Fludes Commercial by calling 01273 727070 or by emailing sealanes@flude.com.