Each candidate has answered questions about local issues and why they want to represent the ward. Below are the responses from Peter Revell.

I am passionate about local issues and want to make a change from the Green and Labour administrations that I believe are spoiling our city. People are fed up with the Green-Labour coalition-style agreement that has made many basic services worse than ever and want to see a sensible change.

I have experience as a former county councillor, professionalism and a passion for the Wish and Hove area. I believe my current involvement in local groups such as the Beach Hut Association brings knowledge and experience of the issues facing Wish ward residents.

I live in Hove.

I would seek to reverse the Labour/Green weeding and toilet-closing policies and continue to campaign against the Aldrington Wharf proposed development on the Kingsway. I would challenge the assumption that council tax and charges such as parking should keep rising above inflation year on year.

I am against the proposed development at Aldrington Wharf. I have been in touch with local residents and community groups and, with them, will campaign against it. Residents are against the Labour/Green high-rise policies that have led to this application.

I do not think it’s a competition between “affordable” or “social” housing. There is a housing shortage. However, there is also limited space in the city and our green and urban spaces need protecting. A balance needs to be struck between competing needs.

There is a lack of public toilets along Hove seafront and some people relieve themselves behind the beach huts. The Hove Lagoon loos are in a state. What will you do to improve facilities?

We need more toilets and facilities on the seafront, something I have already campaigned for. The Labour/Green policy to bring maintenance and cleaning of the toilets “in-house” has been disastrous. We should consider all options, including the use of private contractors, to ensure there are clean and readily available facilities. 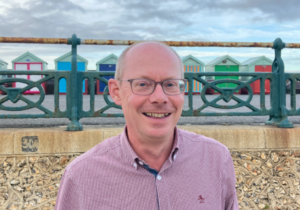 Brighton and Hove City Council is a “soft touch” on this behaviour. Labour/Greens let many of the city’s “public space protection orders” expire and declined an invitation to apply for funding for CCTV in the city. I will support the police and measures that reduce anti-social behaviour.

The Labour/Green policies on weeding have been a total failure. The weeding has to be done for safety and visual impact and to stop the long-term costs of the failure to do it. Until a better solution is found, we should consider all options and ensure weeding is done.

I am against a new cycle lane on the seafront. I am concerned that like the Old Shoreham Road it will be underutilised, creating pollution, congestion and other problems such as parking. Residents and disabled groups have opposed this but Labour/Greens are not listening and keep voting for it.

I would be joining a united Conservative team that is determined to get this city back on track. I will vote on issues on their merit. I will support a local issue I agree with, even if there is a potential conflict with my own party.

I am already involved locally in the Beach Hut Association, Kingsway to the Sea, Friends of Hove Lagoon, local sports groups and more. I look forward to representing the people of Wish ward at the city council.