An inquest has been opened into the death of a man who fell from a cliff top in Brighton on New Year’s Eve (Saturday 31 December). 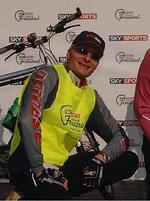 Eric Brian Cox, 56, from Ware, Hertfordshire, was found on the Undercliff, at about 10am by a member of the public who phoned 999.

Coroner’s officer Claire Rogers told the court that he had been on a break in Brighton with his wife Abby.

She formally identified his body.

The coroner’s officer said: “Mr Cox, at the time of his death, had some difficulties and left a note.”

A pathologist, Mark Taylor, carried out post-mortem tests on Wednesday 4 January but the cause of death was currently unascertained.

The coroner, Karen Henderson, adjourned the inquest for further investigation.

Dr Henderson said that the inquest would resume at a date to be set.