The director of a Brighton timber company has been jailed for a £2.6 million fraud that destroyed the business and cost the staff their jobs.

Robert Austin, 55, of Woodham Lane, New Haw, Addlestone, Surrey, was convicted by a jury after a four-week trial at Brighton Crown Court.

He was jailed for seven years on Friday (5 December) after being found guilty of seven counts of theft and false accounting.

He defrauded the timber business Mackintosh and Partners, which was based in Brighton and in Potters Bar in Hertfordshire. His father was the owner of the company. 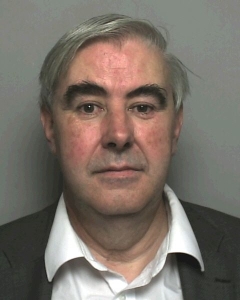 Detective Constable Dan Clark, of the Sussex Police Major Fraud Unit, said: “Austin stole £2.6 million from the group of companies between 2002 and 2008, falsifying records required for accounting purposes in order to do so.”

Sussex Police said that the company went into administration in 2008 and the loss was reported to the police three years later after an internal investigation into what had happened.

The firm went into liquidation as a direct result of the losses. It was an otherwise profitable company which had successfully traded for some 70 years.

As the company went into liquidation, employees and directors lost their jobs, with several giving evidence at the trial.

Detective Constable Clark added: “Austin appears to have simply worked himself into a position whereby he was in financial control.

“His actions, driven by greed, had a wide effect on the lives of many people. I only hope that those affected by him can now find some closure.”